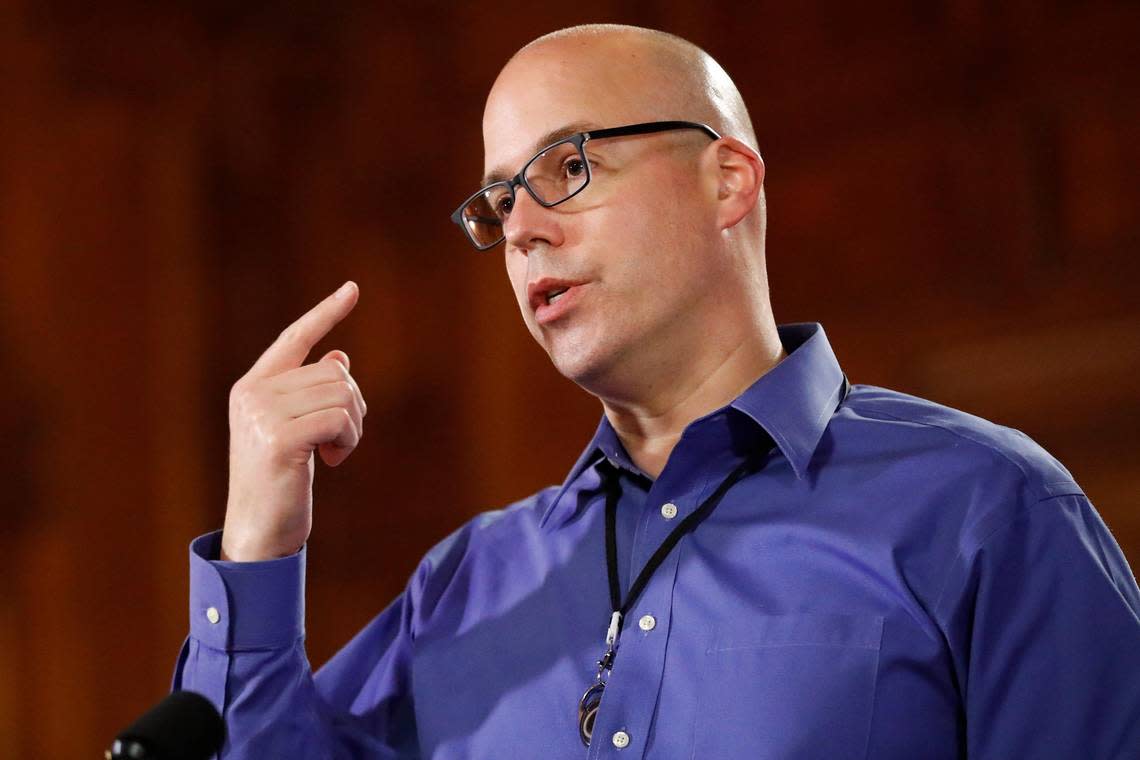 Gov. Andy Beshear and Kentucky Public Health Commissioner Steven Stack first announced the outbreak in March, which ultimately infected 26 residents, 20 staff and killed three people, including one resident who was fully vaccinated and two who were not.

In that facility, which hasn’t been publicly named by state officials, roughly half of the staff population chose to get the vaccine. A new report published Wednesday from the U.S. Centers for Disease Control and Prevention confirms that an infected, symptomatic staff member brought a COVID-19 variant into the facility that set off the outbreak.

In this nursing home at that time, more than 90% of the 83 residents had received two doses of the Pfizer-BioNTech vaccine, compared with only 53% of the 116 health care personnel, the study found. And of the 26 residents who tested positive, 18 were fully vaccinated. Only four of the 20 vaccinated staff tested positive. Six residents were hospitalized, including two who were vaccinated.

Still, though they tested positive, vaccinated people “were significantly less likely to experience symptoms or require hospitalization,” authors of the study wrote. Unvaccinated residents and staff were at least three times more likely to become infected. People with two doses of the vaccine, even when they did test positive, were 87% less likely to show symptoms, compared to those without a vaccine, which “demonstrates a strong protective effect of vaccination,” they said.

These findings highlight the importance of getting a vaccine, even among people at low risk for serious infection, at a time when Kentucky’s rate of vaccination is slowing. Kentucky reported its highest number of people vaccinated in a week — 172,018 — between March 16 and March 22 and the totals have fallen since. Between April 13 and April 19, 106,733 people were vaccinated. Close to 37.6% of the state population is inoculated.

Beshear has warned that a fourth wave of infection across the commonwealth is inevitable if more people don’t get vaccinated. “As long as there’s a significant group of unvaccinated individuals, there are hosts for this thing to mutate in,” he said Monday.

The variant detected in this Eastern Kentucky facility is not listed as a variant of concern by the CDC, but it does have characteristics of other variants already circulating widely. The Kentucky variant includes the E484K mutation in the receptor-binding part of the spike protein, which is seen in the more contagious variant first found in South Africa, and the W152L mutation, “which might reduce the effectiveness of neutralizing antibodies,” authors wrote.

The study also identifies four possible reinfections, or people who caught the virus in March but had previously tested positive. All four — one unvaccinated resident and three staffers, one of whom was vaccinated — who tested positive during the outbreak had symptoms. The resident was hospitalized and died.

Long-term care facilities have been ground zero for some of the worst coronavirus outbreaks in Kentucky and across the country. Well over half of the state’s COVID-19 deaths have been nursing home residents.

As such, these high-risk populations were among the first in Kentucky with access to a vaccine in late December. CVS Health and Walgreens were contracted by the federal government to provide three vaccination clinics at these facilities.

By early February, when all staff and residents had been offered a dose, only 45 percent of staff had chosen to take it, compared with 73% of residents, according to Kentucky Department for Public Health data obtained by the Herald-Leader.

Trying to convince staff to be immunized was a “day-to-day struggle,” Betsy Johnson, an industry lobbyist and director of the Kentucky Association for Health Care Facilities and the Kentucky Center for Assisted Living, said at the time.

Authors of this study concluded, “to protect [long-term care] residents, it is imperative that health care personnel, as well as residents, be vaccinated,” and a “continued emphasis on strategies for prevention of disease transmission, even among vaccinated populations, is also critical.”

Indonesian cleric will get four years for concealing COVID-19 check

Not seeing doctor amid coronavirus could pose cancer danger