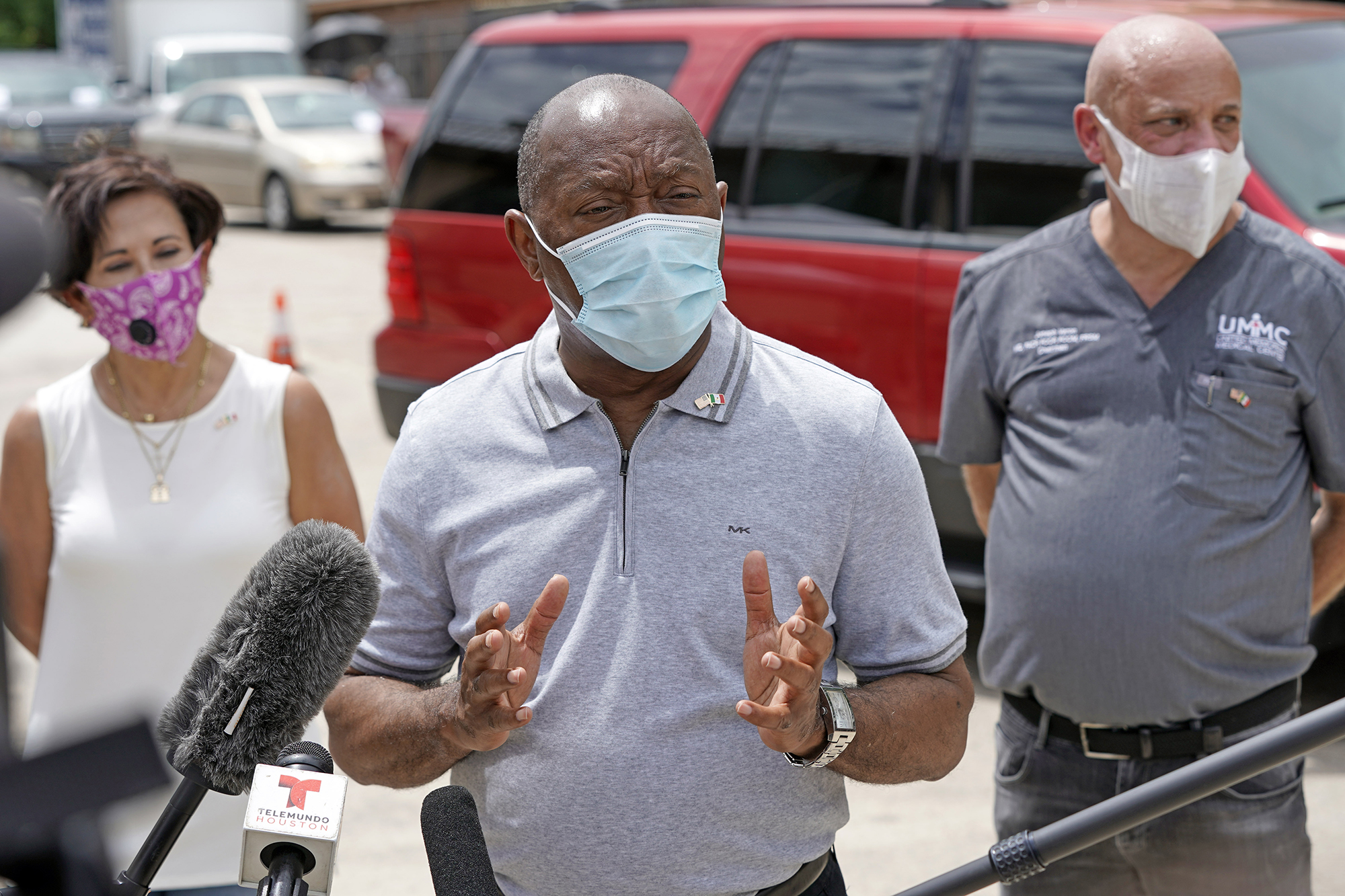 HOUSTON — Houston officials on Wednesday canceled the Texas Republican Party’s in-person convention, saying the spread of the coronavirus made it impossible to hold the event as scheduled.

Mayor Sylvester Turner said that the city’s lawyers exercised provisions in the contract that the Texas GOP signed to rent the downtown convention center for a three-day event to have started July 16, with committee meetings earlier in the week.

“The public health concerns outweighed anything else,” he said Wednesday afternoon.

The fight over whether thousands of Republican supporters will converge on downtown Houston as the city’s hospitals are overwhelmed is a snapshot of the broader political tensions that have underscored Texas’ handling of the pandemic.

Turner, a Democrat, previously resisted calls to cancel the convention. Gov. Greg Abbott, the state’s top Republican, had publicly deferred to state party leaders who last week voted by a 2-to-1 margin to go forward with an in-person event. Abbott had been noncommittal about whether he would attend the convention.

But even Patrick, who is chairman of Trump’s reelection campaign in Texas, expressed misgivings about his party pressing forward with the convention.

State Republican chair James Dickey said earlier Wednesday that the party was weighing its legal options as Turner indicated the city would move to cancel the gathering.

The Texas Medical Center, a consortium of Houston hospitals, has moved into surge capacity for its intensive-care beds. Texas reported more than 10,000 new confirmed cases statewide for the first time on Tuesday. The Texas Medical Association had already withdrawn as a convention sponsor and urged organizers to cancel.

The number of infections is thought to be far higher because many people have not been tested, and studies suggest people can be infected with the virus without feeling sick.

Abbott in recent weeks has moved to close bars again, restrict the size of outdoor gatherings, and institute a broad mandate requiring people to wear masks in public.

Dickey said in his statement Wednesday that organizers had planned to institute daily temperature scans, provide masks, and install hand sanitizer stations. Echoing the criticism among some conservatives to the government’s coronavirus response, Dickey argued attendees at any convention would have more protection than the tens of thousands of protesters who gathered in downtown Houston following the death of George Floyd, a Black man who died after a white police officer pressed his knew into Floyd’s neck for nearly eight minutes.

Turner “does not want Houston to get back to work,” Dickey said. “He is not able to move forward and rise to these new challenges.”

Speaking Wednesday afternoon, the mayor said he waited to act because he hoped state Republicans would cancel the event on their own.

He added that he thought of his late mother, who worked as a hotel maid, and whether others in her position would face a heightened risk of infection if the convention went forward.

“No one wanted to step in and be the heavy and to say no, and then run the risk of being accused of being political,” he said. “But if after all of that, you still refuse to recognize the public health danger to everyone involved, then I am still the mayor.”

The national Republican Party is also pushing to have an in-person convention this year, moving the event from Charlotte, North Carolina, to Jacksonville, Florida, after North Carolina officials would not provide guarantees sought by President Donald Trump. But in recent days, a growing number of Republican senators said they would skip the convention.

With All Eyes on COVID-19, Drug-Resistant Infections Crept In

PM Modi Will get First Dose of Covid-19 Vaccine, Twitter Lauds Him for ‘Main from the Entrance’