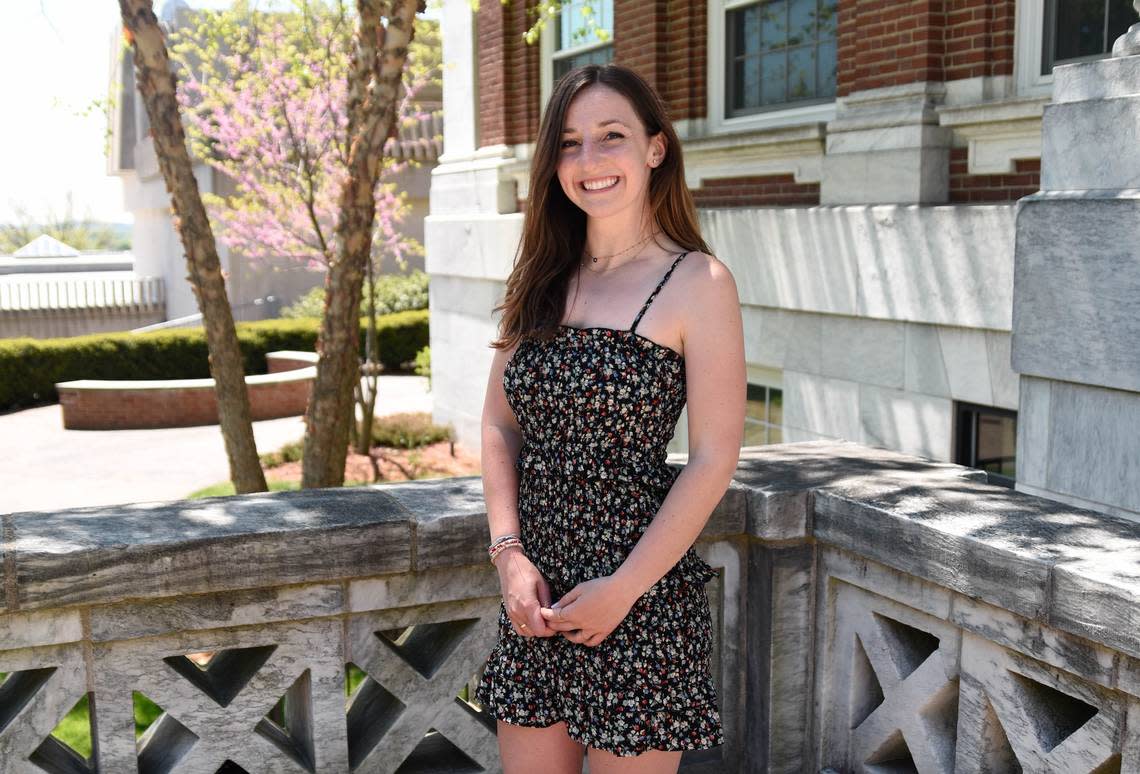 Hannah Kahn got COVID-19 in mid-November, and expected to get her period shortly after. When it never came, she didn’t think much of it at first.

“I was just worried about having COVID-19 and distressed by it,” she said. Additionally, as someone who’s been on birth control for five years, Kahn has experience with missing a period or having it come very late.

But December, January and February went by, and she still didn’t get her period. Since she finally got it in March, her cycle has been largely irregular.

Kahn also has had some lasting symptoms of COVID-19, like an altered sense of taste and smell. When she talked to her primary care doctor and gynecologists about her irregular periods, they agreed it was also probably due to COVID-19, but “none seemed that concerned about it.”

“But I was obviously worried about it,” Kahn said, “because it’s my body. And I don’t want something to be permanently altered in me that I have no control over.”

For a while, not hearing anyone else talk about their periods or having similar symptoms made her “feel crazy.” She took to doing her own research and found that this was happening to others.

She found that when you’re sick, rising levels of cortisol — a stress hormone — can affect whether or not you get your period, as can diet, exercise and changes in daily routines, which many people experienced during the pandemic.

Others had experiences similar to Kahn’s, where they felt isolated or alone until they realized others were enduring similar symptoms.

Abrams has been on birth control since she was 16 and has had a regular period for as long as she can remember. So when she started spotting in the middle of a pack of pills a week after her period ended, she noticed very quickly.

For three weeks, she spotted continuously, even though she was weeks out from her next period. She had no hypothesis for what was happening — “I thought maybe I ate something” was her best guess.

It wasn’t until a friend texted in their group chat, asking if anyone else was also having a weird period after their first COVID-19 vaccine, that she realized what might be happening. But when she went to the doctor in April to make sure everything was OK, they didn’t think much of her theory. They offered to do an ultrasound, but Abrams said her providers were “pretty dismissive” of her proposed connection between the vaccine and her spotting.

“I think that’s a function of women broadly not being believed or studied,” she said. “We don’t know what the long-term impacts will be because nobody thought to prioritize this in the approval process or trials, at least that I know of.”

Abrams had no other issues after her vaccine and found it to be overall safe and effective.

“But I do think it’s indicative of this sort of larger question about who we value and whose issues are prioritized.”

How can COVID affect periods?

Research on the impact of the coronavirus or the vaccines on menstrual cycles isn’t yet extensive. While there is anecdotal evidence that COVID-19 affects periods, “specific data about this phenomenon’s frequency are scarce,” according to Medical News Today. There is no evidence currently that SARS-CoV-2, the virus that causes COVID-19, directly affects periods, but responses to the virus may. What Kahn found on the internet about rising stress levels affecting periods checks out with experts.

“If you’re running a high fever, that’s a significant stress, and there can be a good chance that you may not ovulate, and that’s going to lead to menstrual irregularity,” explained Dr. Thomas Price, a reproductive endocrinology and infertility specialist at Duke University. Other physiological effects of COVID-19, such as not being able to eat and being fatigued, can also cause high stress levels.

And there is a direct correlation between menstrual cycles and stress, anxiety and depression, according to Price. He noted that stress levels among individuals have risen during the pandemic, much of which is associated with the isolation of staying at home and having restricted social lives. When stress affects hormone production, menstrual cycles can be disrupted.

Along with psychological stresses — such as moving, exams and living through a pandemic — Price noted that other events can cause changes to menstrual cycles, such as weight gain or loss, which many also may have experienced during the pandemic.

The uterine lining contains immune cells that help protect the uterus, and according to the Associated Press some gynecologists believe that when the lining sheds during menstruation, the COVID-19 vaccines may be able to affect periods. There’s no evidence that any vaccines affect fertility.

‘People are so afraid to discuss it’

Stigmas around periods and reproductive health render it difficult to start conversations, making it hard to help those with periods access care and understand their symptoms when there are issues.

When her spotting first started and her doctor was dismissive of her concerns, Abrams, like Kahn, described feeling “really crazy for a second.” When her friend reached out in her group chat and others described similar issues, she felt validated.

Kahn also noted that “when it comes to issues that affect mostly women, it’s not uncommon for there to be sort of a lag in the medical community’s response to acknowledge it as a real thing.”

For Kahn, the experience highlighted the “broader context of the stigma around periods.”

“This is something that almost half of the adult population is going through, yet we still find it so difficult to talk about,” she said. “In an ideal world, we would be talking about COVID-19 changing your period the same way we talk about COVID-19 affecting your sense of taste and smell.”

“It’s just something in your body that’s different now. And people are so afraid to discuss it.”

A physician who suggested Florida Gov. DeSantis on COVID-19 promoted horse dewormer ivermectin to deal with the illness