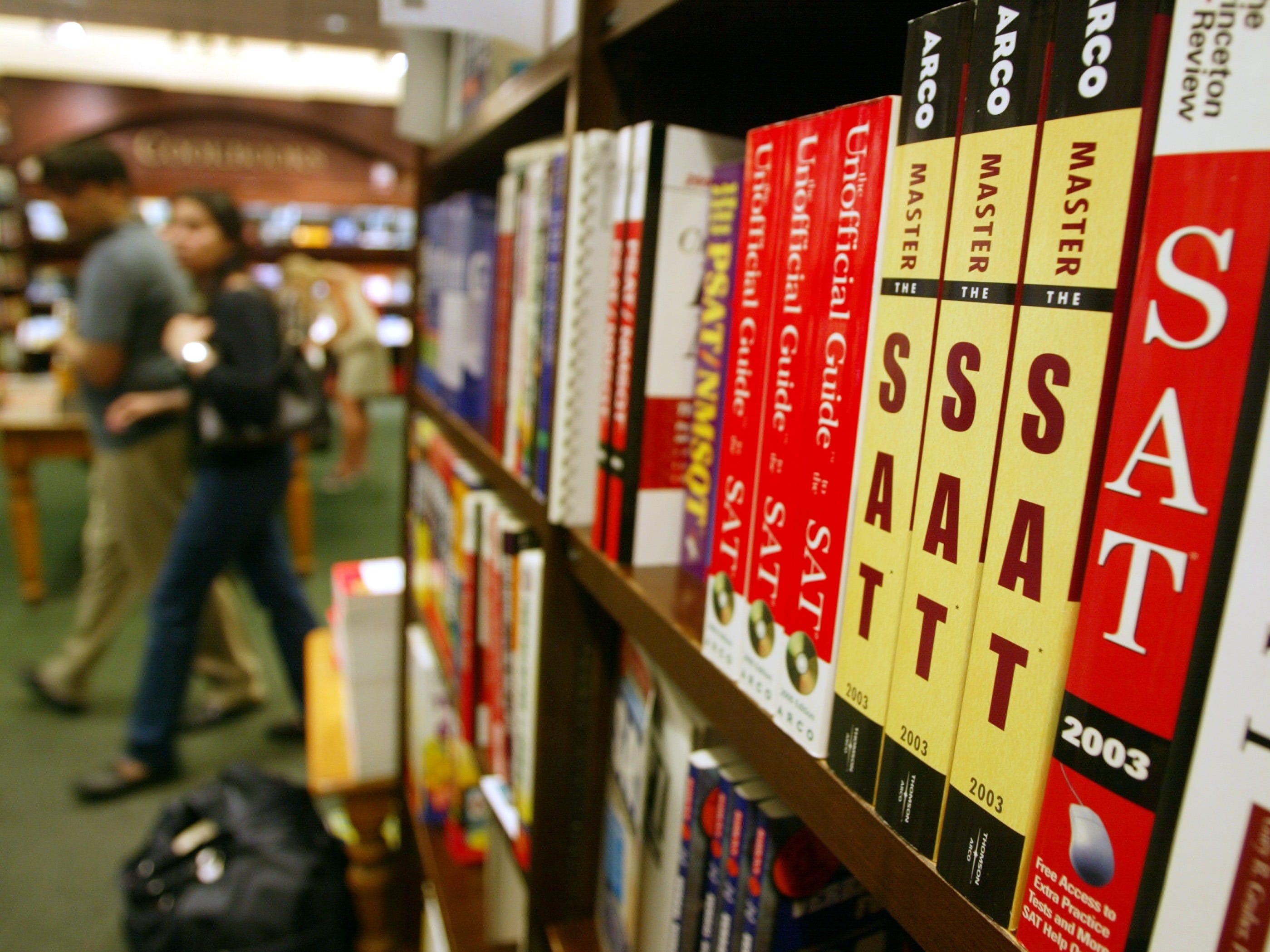 Harvard has dropped standardized test requirements for admissions for the class of 2025.

The announcement means the prestigious school is joining its Ivy League peers and more than 1,200 other four-year colleges and universities in the US in not requiring applicants to submit SAT or ACT scores for admissions this fall.

The coronavirus pandemic first prompted university and testing officials to delay tests in March, before schools like the University of California system made the decision to move away from SAT and ACT scores in May.

Harvard College is the latest school to drop standardized testing requirements for the class of 2025 in light of the coronavirus pandemic.

“We understand that the COVID-19 pandemic has created insurmountable challenges in scheduling tests for all students, particularly those from modest economic backgrounds, and we believe this temporary change addresses these challenges,” the college announced on its website on June 15.

The announcement said the move was “consistent with Harvard’s whole-person admissions process,” and that the tests were only one facet looked at for admissions.

The announcement said the school’s admission process includes considering “accomplishments in and out of the classroom during the high school years – including community involvement, employment, and help given to students’ families.”

“However, students who find themselves limited in the activities they can pursue due to the current coronavirus outbreak will not be disadvantaged as a result, nor will students who are only able to present pass/fail grades or other similar marks on their transcripts this spring,” the statement said.

The move away from standardized tests began after the University of California system made the decision to make the tests optional in late May.

FairTest, a nonprofit that advocates against standardized testing, said in a press release Monday that more than half of all four-year colleges and universities in the US won’t require SAT or ACT scores for admissions this fall. That marks 1,240 of the 2,330 institutions that granted bachelor’s degrees in the 2018-19 academic year where tests will be optional for applicants.

In March, the ACT entrance exam and The College Board, which runs the SAT, said that in an effort to help limit the spread of COVID-19, they would postpone their standardized tests until at least June.

Bob Schaeffer, interim executive director of FairTest, told CNN in April that making testing optional on applications is a “win-win” for everyone involved in the application process.

“This could well be the tipping point,” Schaeffer told CNN, adding that such processes allow for a more diverse applicant pool. “Removal of the test was already rapidly increasing… From our experience, we’ve seen that when schools do these pilot programs, they never go back.”