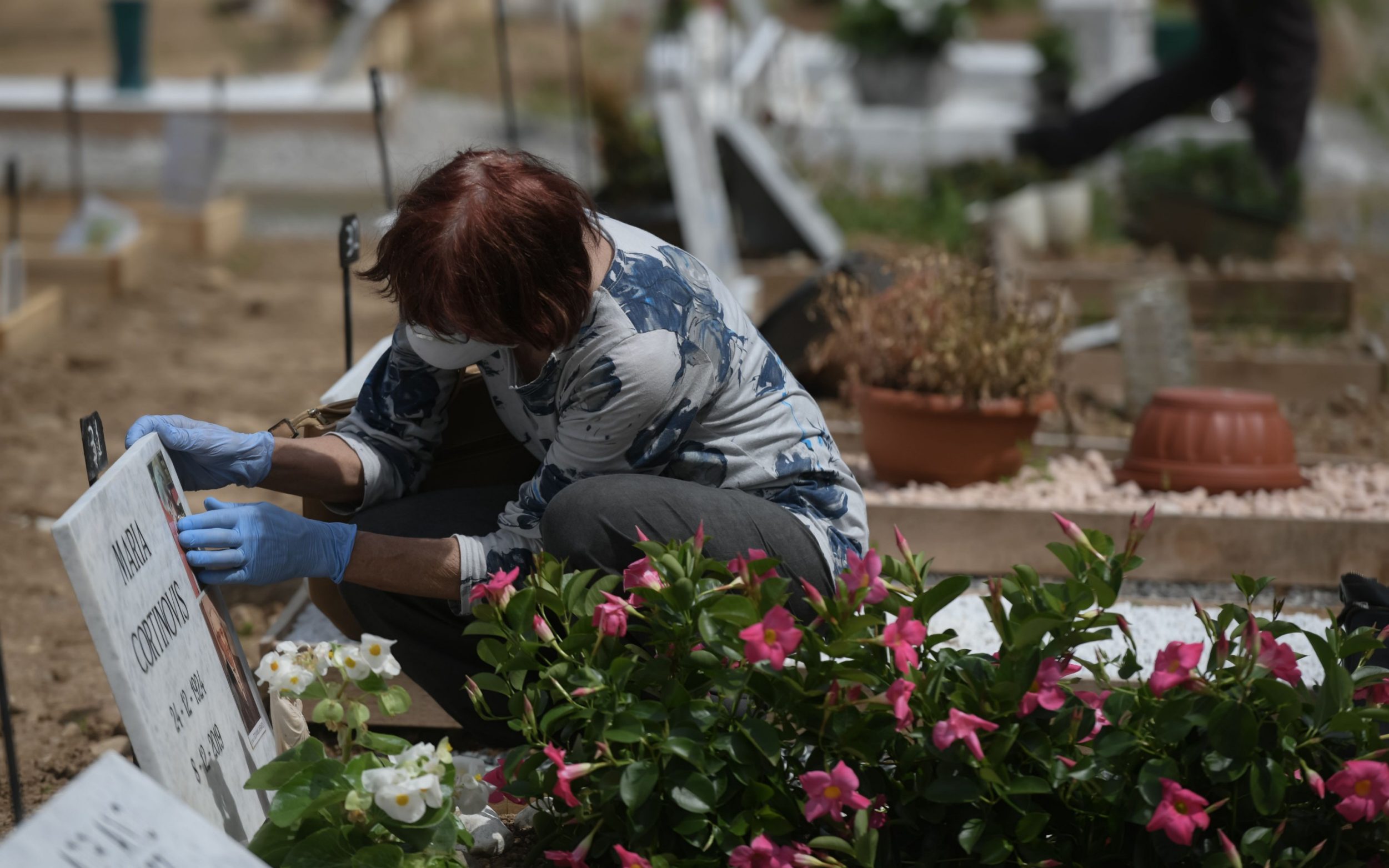 More than half of people in the epicentre of Italy’s outbreak have been infected with coronavirus and the region has the highest rate of antibodies yet discovered, a study by health authorities has found.

The city of Bergamo and its surrounding province were hit hard by the virus, which was first detected in Italy in late February but is believed to have been present in January or even earlier.

Blood tests carried out on more than 20,000 people in Bergamo and the surrounding area between April 23 and June 3 revealed that 57 per cent of people had antibodies indicating they had come into contact with Covid-19. Among medical staff, the proportion was 30 per cent.

A police officer checks the body temperature of a woman at a market in Treviglio, near Bergamo – Shutterstock

The idea of herd immunity is that if a certain percentage of the population is immune to an infectious disease, the disease will stop spreading.

Testing has shown that around 17 per cent of London’s population now has Covid-19 antibodies, while the figure for the rest of the country is 5 per cent.

In New York City, around 25 per cent of the population has tested positive for coronavirus antibodies.

Several studies suggest that people who have been infected with Covid-19 gain some degree of immunity, although it is not clear for how long.

Bergamo is in the northern region of Lombardy, where more than 16,000 people have lost their lives to the virus – nearly half Italy’s total of 34,000 fatalities.

Bergamo became a chilling symbol of Italy’s battle against the virus when a convoy of army trucks had to be drafted in to remove more than 60 coffins full of bodies from the city’s overwhelmed cemetery.

In a report last month, Italy’s national statistics agency said the number of overall deaths in Bergamo had jumped by 568 per cent in March, compared with previous years.

That made it by far the worst affected part of Italy.

Population density and atmospheric pollution have been posited for the high number of infections and deaths in Lombardy.

There are other factors – the region is renowned for its manufacturing, with many businesses having commercial links with China, where the virus originated.

Despite Italy declaring a strict national lockdown in early March, many people in the industrious region continued to go to work, with mobile phone data suggesting up to 40 per cent of people were out and about.

Lombardy is still discovering hundreds of new cases a week, but the aggressive nature of the virus may be diminishing, experts said.

“Something has happened in terms of the aggressiveness of the virus,” said Sergio Harari, an expert in pneumology from San Giuseppe Hospital in Milan. “We don’t know whether it’s something in the viral load or whether it’s a mutation.”

While Lombardy and other northern regions emerge slowly from the emergency, several of Italy’s 20 regions are recording no new cases, including Sardinia, Umbria, Valle d’Aosta, Molise, Abruzzo, Calabria and Basilicata.

Italy has begun rolling out a contact-tracing app called Immuni that people can download to their mobile phones.

The app enables users to find out whether they have come into contact with someone infected with Covid-19.

If they have, they would undergo tests and self-quarantine to stop the spread of the virus.

Testing of the app has started in four regions – Puglia, Abruzzo, Liguria and Marche – and has been downloaded two million times.

“The more people download the app, the more chance there is of them being notified if they come into contact with a positive case,” said Paola Pisano, the minister for innovation.