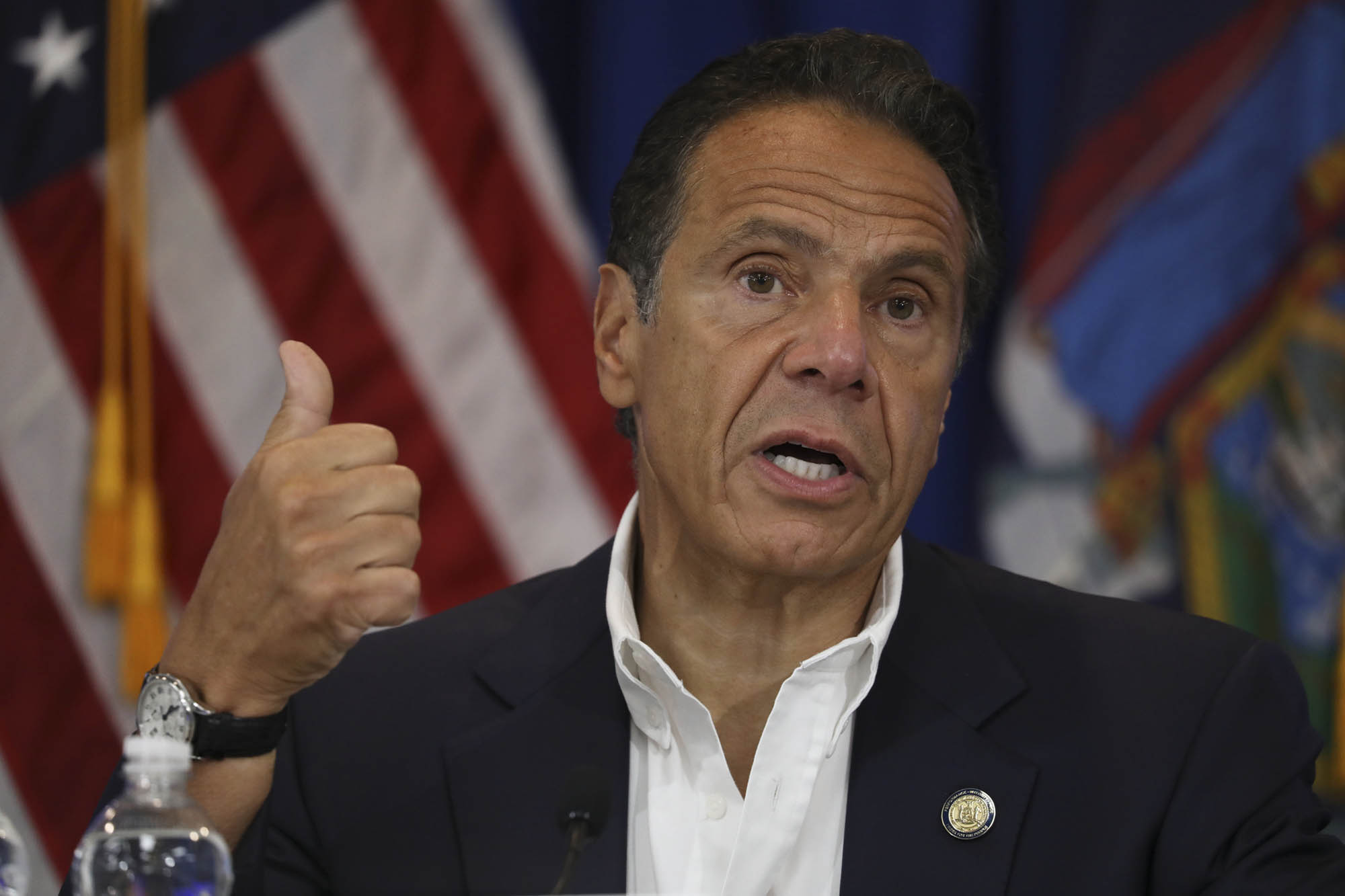 Gov. Andrew Cuomo went down to Georgia Monday to advise local officials there on how to curb the coronavirus pandemic — but critics said the trip was nothing more than an ill-conceived public relations stunt given all the deaths that New York suffered.

New York was the hardest hit by the COVID-19 outbreak in the early spring and more than 25,000 residents have died from the killer bug — more than any other state. And Cuomo has come under heavy criticism for his early edict that may have led to more than 6,000 nursing home deaths.

While the pandemic has eased in the Empire State following shutdown orders and social distancing measures, the pandemic is now raging in the Peach State and other parts of the country and New York officials are already planning for a “Wave 2” to hit New York.

“Cuomo is acting like a conquering hero. New York leads the nation cases and deaths. He refused to act early and failed to contain the coronavirus. His policies contributed to more deaths in nursing homes,” said McLaughlin, a Republican.

“This trip is unbelievable. He’s definitely trying to rehab his image.”

The trip could also be viewed as a slap at Georgia’s Republican Gov. Brian Kemp, who has battled with Democratic mayors in the Peach State over how to handle the outbreak. Kemp sued Atlanta Mayor Keisha Lance Bottoms over the city’s mandate for residents to wear masks, which he opposed as onerous.

Cuomo has rarely left the state during the pandemic, save for trips to Washington to discuss the public health crisis with President Trump.

The three-term Democratic governor insisted he wasn’t visiting Savannah as a public relations offensive to toot his own horn.

“I feel compelled to go because I know a little bit about this,” Cuomo said.

“It’s not me who’s going: It’s the people of New York that’s helping the people of Savannah and Houston … We’re in a position to help. We have knowledge.”

He said it was important to provide support for officials in other states now grappling with the pandemic after 30,000 Americans from other parts of the country came to New York’s aid in March and April — many first responders who toiled in hospitals overwhelmed with COVID-19 cases.

“We’re doing everything now to pay it back,”  Cuomo said. “People did just amazing things.”

The governor said his team, meanwhile, was delivering “thousands” of pieces of personal protective equipment.

Cuomo was scheduled to hold a 2:15 pm public roundtable meeting with Savannah Mayor Van Johnson, a Democrat and native Brooklynite, after holding private talks on best practices to fight the pandemic.

Georgia is among the 23 states on the state travel advisory list for rising cases of COVID-19, meaning visitors from there must quarantine for 14 days upon entering New York.

Cuomo said he was not quarantining upon return because he considers himself an “essential” employee — though he will be tested for COVID-19 when he comes home later Monday.

Reached for comment, top Cuomo aide Rich Azzopardi said, “Give me a break, even the CDC said New York was hit the hardest because the Trump administration moved too slow to ground European air travel. What we did do is put into place a successful fact- and number based reopening that has been praised by Dr. Fauci and this anti-science Travel Sized Trump has been trying to undermine every step of the way.”

Elon Musk is Being Known as ‘Area Karen’ For His Covid-19 Theories. He Kinda Deserves It