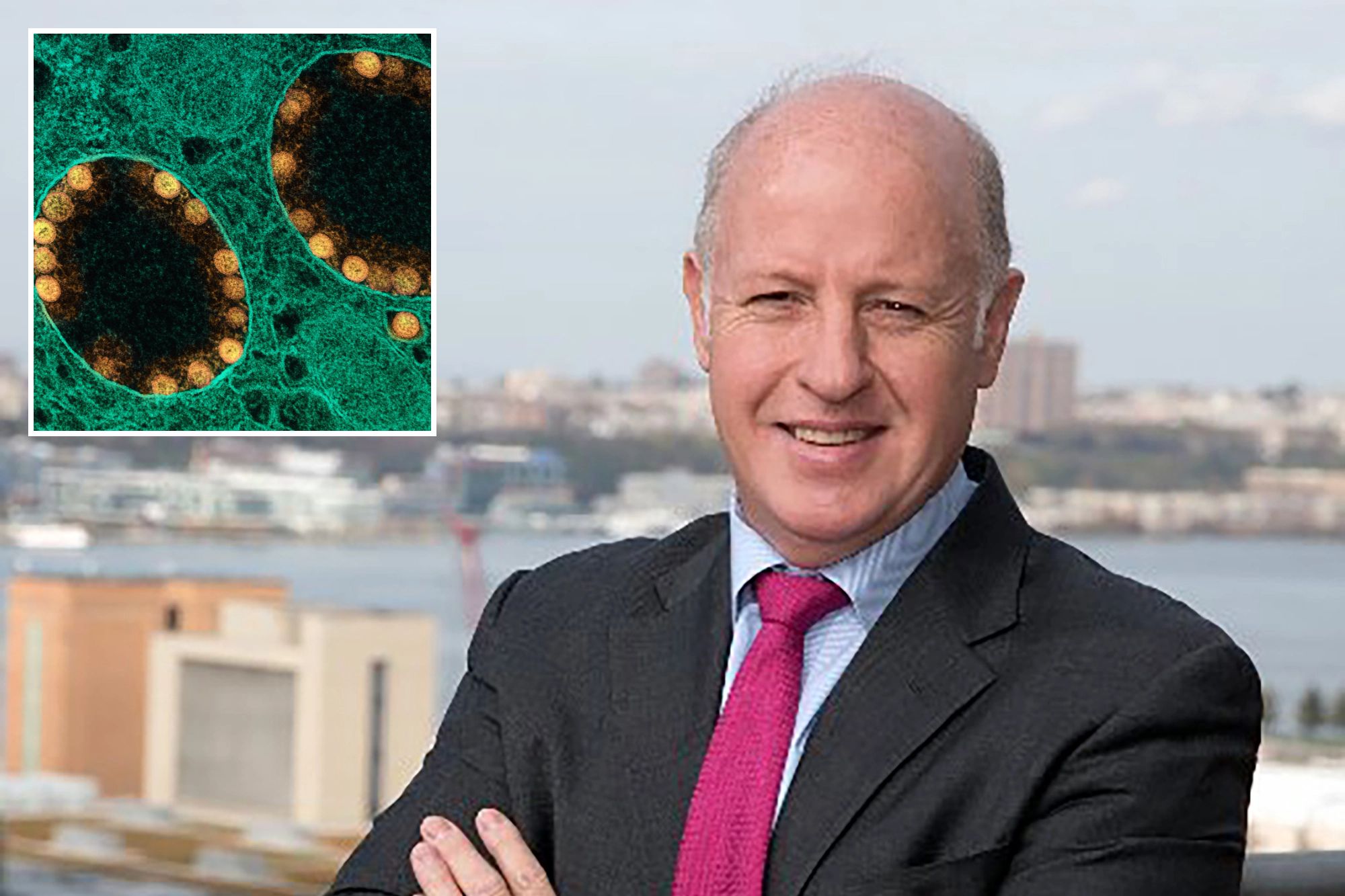 WASHINGTON – Forty Republican members of Congress scolded both the National Institutes of Health and National Science Foundation Monday for awarding research funds to a shadowy NYC non-profit run by a scientist who tried to squelch the theory that COVID-19 emerged from a Chinese lab.

Peter Daszak’s EcoHealth Alliance has previously received millions in grants — directing some of those funds to the Wuhan Institute of Virology, from where many believe COVID-19 leaked into the city of 11 million and triggered the worst global pandemic in 100 years.

On Aug. 30, NSF awarded EcoHealth Alliance a $90,000 grant to study “predictive models of location and likely pathogens” to prevent future pandemics, according to the organization’s website.

The foundation also intends to provide the non-profit with an additional $263,801 in January, according to the letters led by Rep. Guy Reschenthaler of Pennsylvania, Rep. Lisa McClain of Michigan, Sen. Joni Ernst of Iowa and Sen. Roger Marshall of Kansas.

“These funding announcements are deeply concerning given EcoHealth’s lengthy history of reporting failures and collaboration with the Wuhan Institute of Virology,” the lawmakers said, adding: “The WIV is a Chinese Communist Party laboratory and the likely origin of the COVID-19 pandemic.”

On Sept. 21, the NIH awarded a $653,392 grant to Daszak’s organization to study viruses similar to COVID-19 in Southeast Asia as the first installment of a five-year award totaling $3.3 million.

EcoHealth provided $1.1 million to the WIV from October 2009 to May 2019 for a project that used “gain-of-function research to create a hybrid, man-made virus by inserting a spiked protein from a wild coronavirus into a mouse-adapted SARS-CoV backbone, which could infect human airways,” the US Agency for International Development acknowledged in 2021, according to the congressional letters.

“This is not the only time EcoHealth transferred taxpayer dollars to the WIV,” the Republicans wrote. “Between 2015 and 2019, the WIV received approximately $598,500 from EcoHealth for a National Institute of Allergy and Infectious Diseases-funded study on the risk of bat coronavirus emergence.”

“Given the strong bipartisan opposition to EcoHealth’s research and the federal government’s noted compliance failures by the organization, we request that you end this grant relationship with EcoHealth to protect taxpayer funding and end dangerous experiments that jeopardize public health,” the letters concluded.

Sen. Joni Ernst, R-Iowa, said in a statement Monday that EcoHealth “should never be trusted to put its hands on taxpayer dollars or bats ever again.”

“Let’s defund EcoHealth and launch a real scientific investigation to find out once and for all what was really happening in Wuhan, China, so the same mistakes are never repeated again,” she said.

Peter Daszak’s EcoHealth Alliance has previously received millions in grants — some of those funds to the Wuhan Institute of Virology.BSIP/Universal Images Group

Previously released emails have documented a close relationship between Daszak and White House chief medical adviser Anthony Fauci, who received a “personal thank you” from the EcoHealth chief in April 2020 for backing the theory that COVID-19 spread naturally from bats to humans.

US pilot jailed in Singapore for breaking coronavirus quarantine