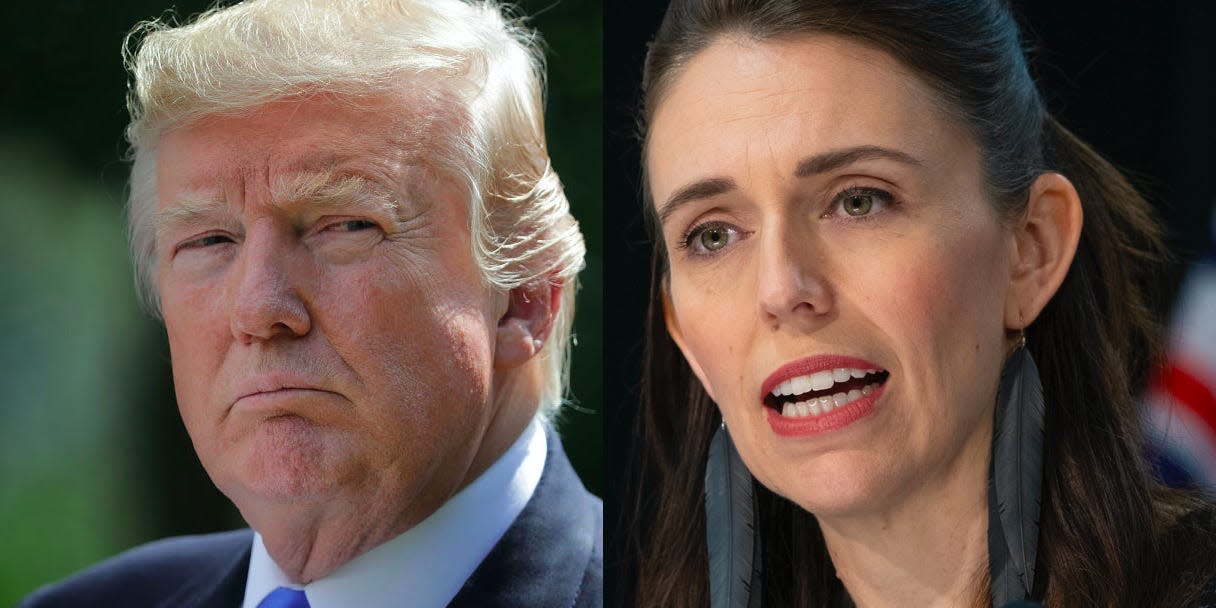 Countries led by women have responded to the coronavirus pandemic better than those led by men, according to a new study.

The study of 194 countries found that “being female-led has provided countries with an advantage in the current crisis.” The research has not been peer reviewed.

The authors say this is no coincidence, arguing that women leaders communicated better and locked down faster, and therefore experienced far fewer fatalities overall.

The argument that women make for more compassionate, effective leaders has grown in popularity during the pandemic, as many male leaders face criticism for taking unneeded risks.

Countries with female leaders have handled the coronavirus pandemic “systematically and significantly better” than those run by men, according to a new research paper.

A preprint of the paper, which has not been peer reviewed, was posted on SSRN in early June. The authors also wrote about their research in a blog post for the World Economic Forum in late July.

On the face of it, male-led countries like the US, Spain, Italy, Brazil, and UK have fared extremely badly in the pandemic, recording some of the highest death tolls in the world.

The authors studied death and case tolls, whether leaders took decisive action to lock down, and whether “clear communication styles” were deployed. They concluded that women-led countries are measurably better off.

“Our findings show that COVID-outcomes are systematically and significantly better in countries led by women and, to some extent, this may be explained by the proactive policy responses they adopted,” they wrote in their World Economic Forum blog post.

For instance, New Zealand imposed a lockdown long before cases began to spin out of control, with Prime Minister Jacinda Ardern saying on March 15 it was time to “go hard and go early.”

Of the 194 countries studied in the paper — which was titled “Leading the Fight Against the Pandemic: Does Gender ‘Really’ Matter?” — nineteen had female leaders. Data used in the paper spanned from the start of the pandemic in those countries until May 18.

Taiwan President Tsai Ing-wen in Taipei in May 2020.

The authors also compared each of the 19 women-led countries with their neighbors to see if the trend persisted.

Evidence suggesting women make for better, more compassionate leaders has come to the forefront of political discourse in recent years, and even more so during the pandemic.

In June 2020, former Democratic presidential nominee Hillary Clinton said there was “a correlation” between women-led countries and positive responses to the coronavirus.

Former President Barack Obama also said in December 2019 that he was “absolutely confident that for two years if every nation on earth was run by women, you would see a significant improvement across the board on just about everything.”

Since the paper was completed on June 3, the coronavirus pandemic has raged on, but countries with female leaders have still kept their outbreaks under relative control.

Earlier this month New Zealand recorded a new outbreak after more than 100 consecutive days of zero new coronavirus. Ardern immediately reimposed tight restrictions in Auckland, the city where the cases were found, and postponed elections for a month.