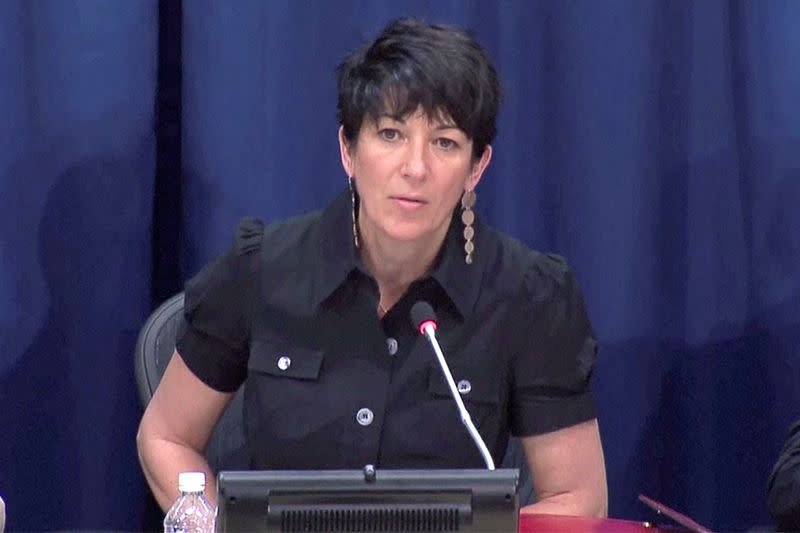 NEW YORK (Reuters) – Ghislaine Maxwell, the longtime associate of late financier Jeffrey Epstein, on Friday forcefully denied charges she lured underage girls for him to sexually abuse and said she deserves bail, citing the risk she might contract the coronavirus in jail.

Maxwell, 58, filed her request in the U.S. District Court in Manhattan, eight days after being arrested in New Hampshire, where authorities said she had been hiding at a sprawling property she bought while shielding her identity.

A spokesman for Acting U.S. Attorney Audrey Strauss in Manhattan declined to comment.

Maxwell has been housed since Monday at the Metropolitan Detention Center, a Brooklyn jail.

She said her detention there put her at “significant risk” of contracting the coronavirus, after 55 inmates and staff had tested positive for COVID-19 through June 30.

Maxwell faces six criminal charges, including four related to transporting minors for illegal sexual acts, and two for perjury in depositions about her role in Epstein’s abuses.

In Friday’s filing, Maxwell said she “vigorously denies the charges” and intends to fight them.

Her arraignment is on July 14, and prosecutors want her detained until trial. Maxwell is the daughter of the late British publishing magnate Robert Maxwell.

Epstein was found hanged last Aug. 10 in jail at age 66, in a death ruled a suicide.

He had before his arrest socialized over the years with many prominent people including Britain’s Prince Andrew, U.S. President Donald Trump and former President Bill Clinton.

She said she will continue needing security guards to ensure her safety.

Maxwell also maintained she is not a flight risk, claiming to have remained in the United States since Epstein’s arrest.

She “did not flee, but rather left the public eye, for the entirely understandable purpose of protecting herself and those close to her from the crush of media and online attention and its very real harms,” the filing said.

Friday’s filing also raised several legal challenges to the indictment, including that Epstein’s 2007 nonprosecution agreement with the U.S. government covered “any potential co-conspirators.”

In seeking Maxwell’s continued detention, prosecutors called her an “extreme risk” of flight because of the possible long prison term, her wealth, her multiple passports and citizenships, and her having “absolutely no reason to stay.”