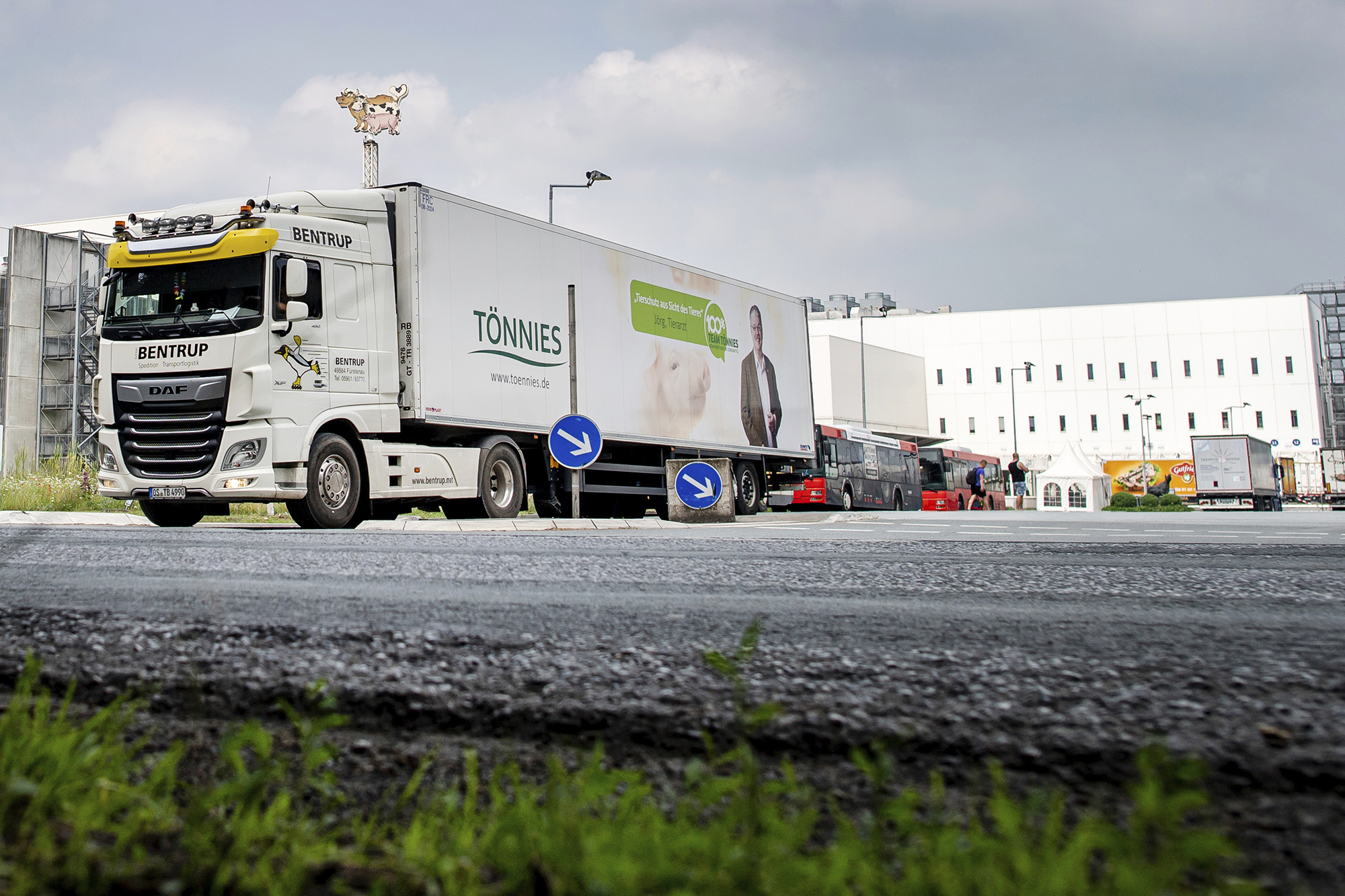 BERLIN — Germany’s agriculture minister said Thursday that conditions at a slaughterhouse where hundreds of workers tested positive for COVID-19 were untenable and backed an official investigation into the outbreak.

Authorities in the western region of Guetersloh said Wednesday that at least 657 people at the Toennies Group meatpacking plant in Rheda-Wiedenbrueck had tested positive for the new Coronavirus.

“Hundreds of infections in one plant. These conditions aren’t tenable,” Agriculture Minister Julia Kloeckner said in a statement. She added it was right for officials in North Rhine-Westphalia state, where the plant is located, to have launched a probe into the source of the infections.

Following a series of earlier coronavirus clusters at abattoirs, the German government pledged to crack down on the practice of using subcontractors, who often hire migrant workers and house them in cramped accommodation. But some lawmakers have warned of the risk that jobs might move abroad.

Coronavirus outbreaks have also affected meatpacking plants in other countries, including in the United States. The United Food and Commercial Workers union said recently that at least 44 slaughterhouse workers in the U.S. have died from the virus and another 3,000 have tested positive.

Labor campaigners said the outbreak at one of Germany’s biggest slaughterhouses, which employs about 7,000 people, showed the need for change.

“It’s no coincidence that the Toennies slaughterhouse has become the next hot spot of coronavirus infections,” said Freddy Adjan, the deputy chairman of the NGG union that represents workers in the food and drinks industry.

“This sick system needs to finally end,” Adjan said. “The government’s decision that includes a ban on contract work needs to be fully implemented in the legislative process.”

Toennies has said the outbreak could be linked to recent travel by workers, especially from Eastern Europe, after borders started to reopen.

But experts questioned whether such a large outbreak — resulting in more cases than the entire country normally reports in a day — could have been caused by travel alone.

“The working conditions in slaughterhouses don’t seem to be very compatible with the currently required hygiene measures,” said Isabella Eckerle, who heads the center for emerging viral diseases at the University of Geneva.

“In my view the large number of (infected) employees indicates an undetected ‘super-spreading event’ in the company that has been going on for some time,” she said.

A spokesman for the company, Andre Vielstaedte, said conditions in the areas where carcasses are carved up could also have played a role, saying temperatures are “5 to 12 degrees Celsius (41 to 54 degrees Fahrenheit) in a humid atmosphere where aerosols are formed and the virus can then spread through the air.”

Karl-Josef Laumann, the health minister for North Rhine-Westphalia, said the scale the outbreak at Toennies was “intense,” noting that about two-thirds of all tests had come back positive so far.

“Of course I’m a bit worried about what will turn up when we test the other 6,000 in the next days,” he said.

Germany’s daily reported number of infections rose back above 500 for the first time in a week Thursday. While the figure didn’t yet include the cases from Guetersloh, it did capture about 100 infections reported from an apartment building in the central German city of Goettingen.

Germany has recorded almost 190,000 cases of COVID-19 and 8,868 deaths since the outbreak began, according to a tally by Johns Hopkins University.