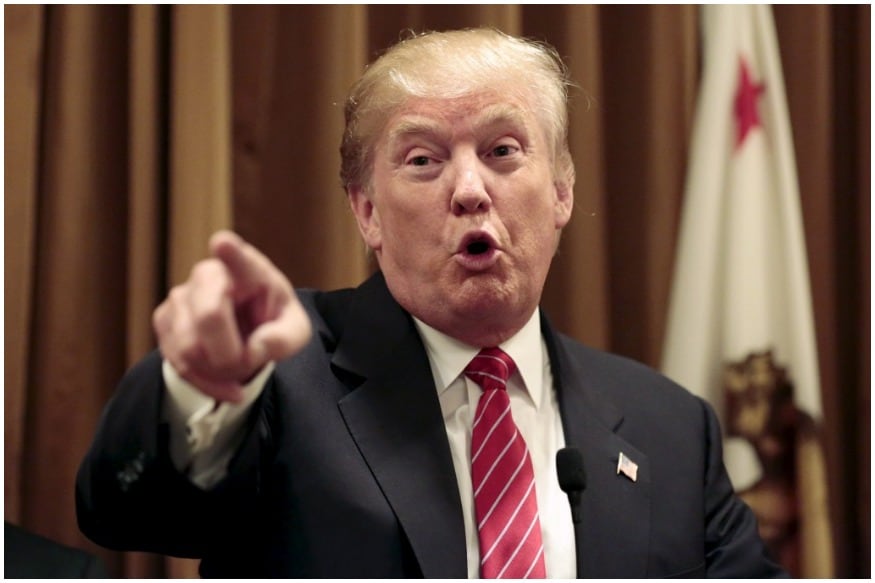 Trump said that disinfectants could ‘knock out’ coronavirus in a minute, but adds that he has common sense although he isn’t a doctor.

Recently, US President Donald Trump invited the wrath of the medical community, once again, when he suggested that injecting disinfectant into the human body could help cure coronavirus. He also seemed to think that subjecting the body to ultraviolet (UV) rays could be considered as a potential treatment for Covid-19.

In case you didn’t already know, disinfectants are extremely hazardous substances which when exposed to the body could cause severe damage and even prove to be fatal. What prompted the POTUS to call it a potential cure for coronavirus?

At a briefing at the White House, an official presented research findings by the US government which showed that the sunlight and heat could weaken coronavirus. It also suggested that bleach could kill the virus in respiratory droplets or saliva.

And that is when Trump opined that subjecting the body to a “very powerful light” could actually work and asked the government to test this further. He also said that disinfectants could “knock out” coronavirus in a minute, but adds that he has common sense although he isn’t a doctor.

Dr. Vin Gupta told NBC news that Trump’s statement about disinfectants was extremely irresponsible and dangerous and that “infecting disinfectants” is something people do when they want to take their own lives. Another doctor warned that even inhaling the fumes of disinfectants could be fatal.

In fact, Trump’s claim that sunlight could cure coronavirus is factually incorrect too. A report by CNN shows that Trump completely misinterpreted what Dr. Deborah Birx, the head of the coronavirus task force, said. Birx explained, in very clear words, that sunlight isn’t a potential treatment for coronavirus. Medical professionals who spoke to CNN also said that Trump’s statement made no sense.

The fact that Trump is NOT a doctor and therefore should NOT be handing out medical advice seems to be lost on the President, as well as many of his supporters. In fact, handing out unsolicited advice is much of what the POTUS seems to have done since the beginning of the coronavirus outbreak. The “disinfectant cure” is just one in a long list of dubious “medical” claims made by Trump.

For instance, Trump has been extremely enthusiastic about Hydroxychloroquine as a treatment for Covid-19 from Day 1. The drug, which is currently used to treat ailments like lupus or malaria, was being tested as a potential cure although the Food and Drug Administration hasn’t issued official approval yet.

Trump nevertheless seems to be convinced. And what does the POTUS do when he’s truly convinced about something? He tweets about it, of course.

In a tweet dated March 21, Trump wrote that HCQ could be a game-changer in the history of medicine. Yet, there is no scientific evidence to confirm that yet. There’s a reason drugs need to go through clinical trials before being tested on human beings.

HYDROXYCHLOROQUINE & AZITHROMYCIN, taken together, have a real chance to be one of the biggest game changers in the history of medicine. The FDA has moved mountains – Thank You! Hopefully they will BOTH (H works better with A, International Journal of Antimicrobial Agents)…..

In fact, Trump repeatedly made it sound like HCQ is harmless and taking it won’t kill anyone. “What have you got to lose? Take it,” said Trump, according to a CNN report. And when the President of a country says that, people tend to take him seriously.

The result? A man in Phoenix died after consuming HCQ without consulting his doctor.

Many doctors have claimed that taking the drug without proper professional consultaion can have serious consequences. The same CNN report suggests that HCQ can lead to irreversible vision problems and life-threatening respiratory problems.

Perhaps Trump needs a lesson (or two) in medicine and how different pills work to fight different diseases unlike his apparent idea of ‘one pill cures all.

After the bizarre claims made by the President, medical professionals decided to debunk this claim in the best way possible, by converting Trump’s speech into a meme on TikTok:

What’s interesting is, Trump backs every “medical claim” he makes in public by saying that he has “common sense” although he isn’t a doctor. The Trump government’s handling of the coronavirus crisis has been critiqued from the very beginning – Trump has been accused of initially downplaying the crisis till he couldn’t anymore and then claim that the US had handled the pandemic better than other countries.

Trump’s disinfectant comment has been lambasted by Twitterati as well:

The priceless reaction from Australia’s Chief Medical Officer when asked about Donald Trump’s suggested coronavirus cure of injecting disinfectant into the body… pic.twitter.com/q4yB4Llrak

‘There is not any manner’ the coronavirus was made with U.S. analysis funds. Here is why

Transfer Over Jofra Archer, This Man ‘Predicted’ Coronavirus on Twitter in 2013