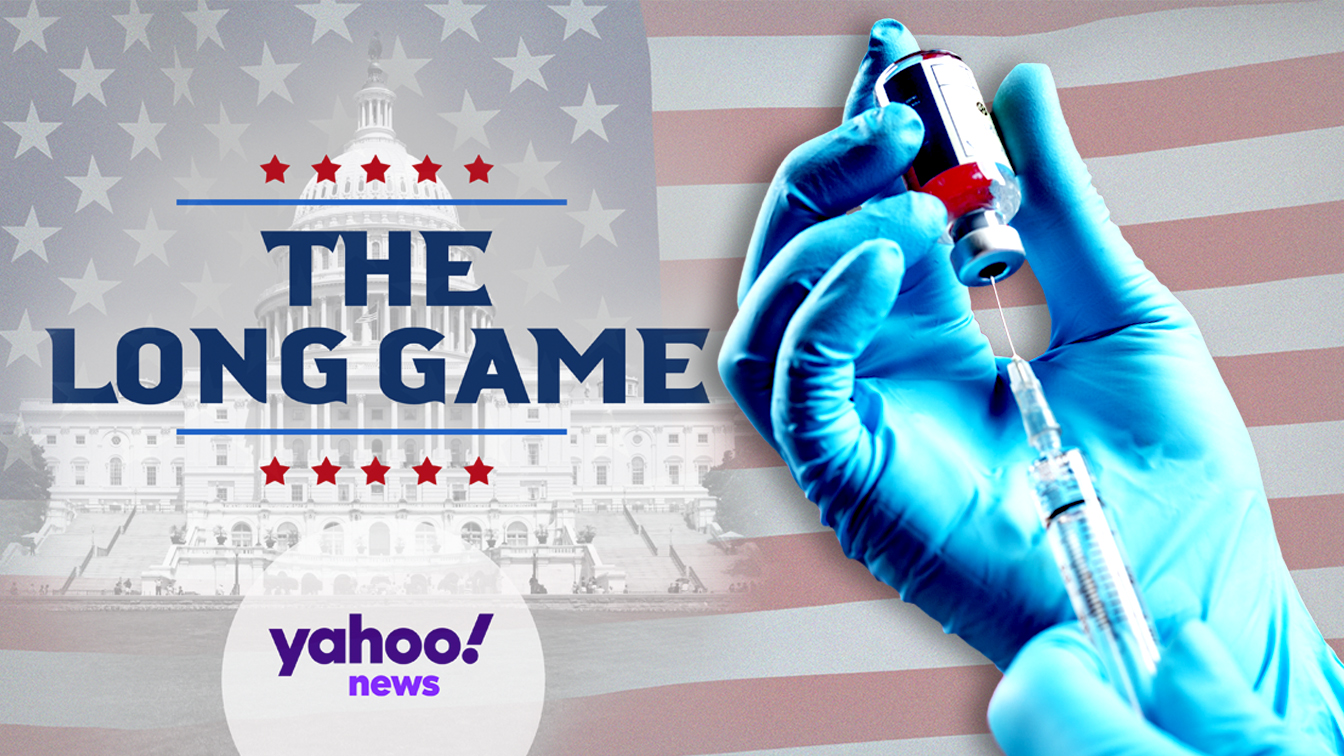 A Christian theologian and former pastor looking to persuade skeptical evangelicals to get vaccinated for COVID-19 said Wednesday that a historic distrust of institutions was “weaponized” during the presidency of Donald Trump.

“What is actually deeply in the fabric of American evangelicalism is a cultural tendency to be on guard against the dominant … secular institutions,” said Curtis Chang, who is now a consulting professor at Duke Divinity School and a senior fellow at Fuller Theological Seminary.

“What has happened in the last five or 10 years is that [the] cultural tendency to be on guard has gotten weaponized. It has gotten exploited by external forces,” Chang said in an interview on “The Long Game,” a Yahoo News podcast. “It’s now a reflexive distrust to say, ‘Actually, they’re out to get me.’”

“It’s a fundamental reflex of distrust and hostility and a grievance — a sense of that … we’re being persecuted by these dominant institutions,” he said.

Journalist Will Saletan, Slate’s national correspondent, estimated based on polling that roughly 20 percent of the U.S. population is hesitant about getting a COVID-19 vaccine but can be persuaded, while another 15 percent are refusers who will just dig in their heels. “We can get to herd immunity without the 15% of Americans who refuse to get vaccinated. But we need many of the 20% who are hesitating,” Saletan wrote.

About one-third of Americans are now fully vaccinated against COVID-19, and an additional 43 percent have received at least one shot, according to the New York Times. But herd immunity will require about 70 to 90 percent of the population to be vaccinated, experts have said.

There are an estimated 41 million or so white evangelicals in the U.S., which is about 12 percent of the total population.

American evangelicalism has been antiestablishment since the nation’s founding, as has been documented by books such as Frances FitzGerald’s “The Evangelicals.”

But Chang said he was motivated to create a “Christians and the Vaccine” video series by watching a “centuries-old cultural tendency” transform into something darker over the past several years. In December, he was talking to a public health agency official in the San Francisco Bay Area and “realized she had little to no clue about what she was going to encounter in the evangelical church when the vaccine rollout hit.”

Chang said he wants the videos to help overcome vaccine hesitancy “in a way that respects people, that’s not shaming, that’s not arguing, that actually takes seriously where people are at, but doesn’t retreat and doesn’t ignore what is going on.”

There are videos in Chang’s series about whether the vaccine is safe, and about whether it is a form of government control. One video addresses concerns about a link between abortions and vaccines, and another looks at whether Black Americans can trust the vaccine.

And there is even a video addressing the question “Is the COVID vaccine the ‘Mark of the Beast’?” That’s a reference to apocalyptic evangelical beliefs about the end of the world and a passage in Revelation — the final book of the Bible — that talks about such a mark. Chang says the most accurate translation of that passage, actually, is that the mark was part of a story that served as a metaphor for how the Roman Emperor Nero demanded his subjects bow down to him.

The passage is not a prophecy, Chang said, but rather a warning. “Don’t let yourself get branded politically by allegiance to any one figure,” he said. “I will let the audience decide who that one figure is, [who] is most likely to be branding us these days.”

The videos were produced in partnership with the National Association of Evangelicals, COVID Collaborative, the Ad Council, Values Partnerships and Public Square Strategies, according to the “Christians and the Vaccine” website.

“It’s a recipe for getting votes that, you know, in [the] case of Trump: ‘I will be the one that will protect you from all these malign institutions out there,’” Chang said. “And it turns out that actually broadcasting conspiracy theories and alarmist views of the world is a great way to get ratings.”

Chang then flipped the script of how a conservative evangelical might think about the vaccine, saying these three groups exploiting mistrust are the kinds of villains that biblical accounts describe Jesus talking about.

“These are external thieves and wolves,” he said.

Two of the most prominent evangelical backers of Trump — the Rev. Franklin Graham and the Rev. Robert Jeffress — have publicly encouraged Christians to get vaccinated for COVID-19, and Jeffress did an interview with Chang for his video series. Many other Christian leaders and organizations have done the same.

But Chang said the past decade, and in particular the Trump presidency, has seen degraded evangelical trust in most American institutions — especially government, the media and public health experts — to a point of near totality.

“Once you remove institutions from the picture and you think we can’t trust any of them, then you will believe anything,” he said.

Chang thinks the innate skepticism of evangelicals is actually a healthy thing. He was raised in a Bible church in Chicago and then studied at Harvard, where he earned a degree in government.

“My evangelical culture actually trained me to be a better citizen of Harvard because I was actually a more critical thinker. I was questioning things,” he said.

But he also said a weakness of evangelicalism, historically, has been that “in our own theology, we don’t have a language or a place for institutions. We are so hyper-individualist in our conception of how human beings relate to God that it’s just me and God.”

In other words, evangelicals are trained by their culture to be virtuous interpersonally but not systemically.

“You have this very bizarre reality,” he said. The same people “will talk about the government and Microsoft as Satan … but they can be at the individual level, to their next-door neighbor, some of the kindest, most charitable, most generous individuals in the world.”

mRNA Know-how Gave Us the First COVID-19 Vaccines. It Might Additionally Upend the Drug Business

Man Claiming to Be Kidnapped by Aliens 50 Years In the past Was Warned about Covid-19, WW 3