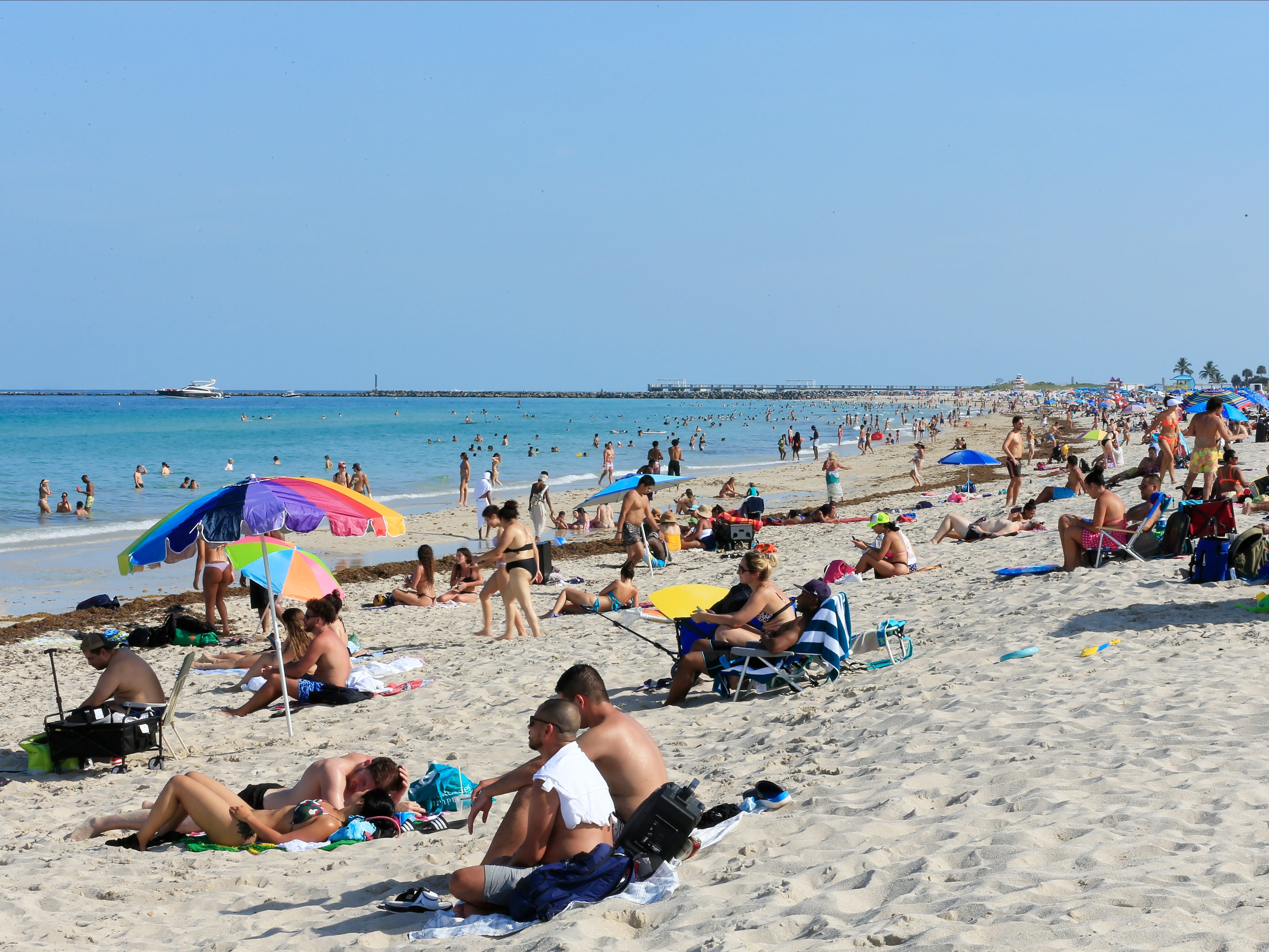 Beachgoers take advantage of the opening of South Beach on June 10, 2020, in Miami Beach, Florida.

On Saturday, Florida reported 4,600 new cases of COVID-19, the disease caused by the new coronavirus. On May 4, when most Florida counties began reopening, the state had 819 new cases. That’s a 461% spike in daily cases, according to Johns Hopkins University and state data.

The state as a whole initiated phase one of its reopening on May 18. By June 19, 14.07% of Floridians who got a coronavirus test were found to be positive — compared to 2.27% on May 17, according to Newsweek.

“All individuals in Florida should wear masks in any setting where social distancing is not possible,” the state health department said in a statement, encouraging “elderly and vulnerable populations to limit interactions outside of the home.”

The department “urges all individuals to refrain from participating in gatherings of more than 50 people,” the statement added. “This advisory is in addition to steps that the Department has taken to increase mitigation measures, including the purchase of 20 million cloth masks, which are actively being distributed statewide.”

In late April, Florida Gov. Ron DeSantis triumphantly declared, “Florida has flattened the curve.” His claim, which was false, reflected an early statewide push to jumpstart the economy despite the pandemic.

By last week, intensive-care units in Florida hospitals were overwhelmed with new patients, the Florida Agency for Health Care Administration reported on Thursday. Many are running out of beds, and some are completely full.

Two hospitals in Palm Beach County, Florida’s third-most populous county, have no open ICU beds. Across the state, Newsweek reported 75% of beds are occupied, a stark sign of what’s to come.

Outbreaks are emerging across the South. Arizona, a new coronavirus hotspot, is quickly filling up ICU beds.

Texas officers requested for five new refrigerated vans for our bodies as COVID-19 instances skyrocket within the state, reviews present