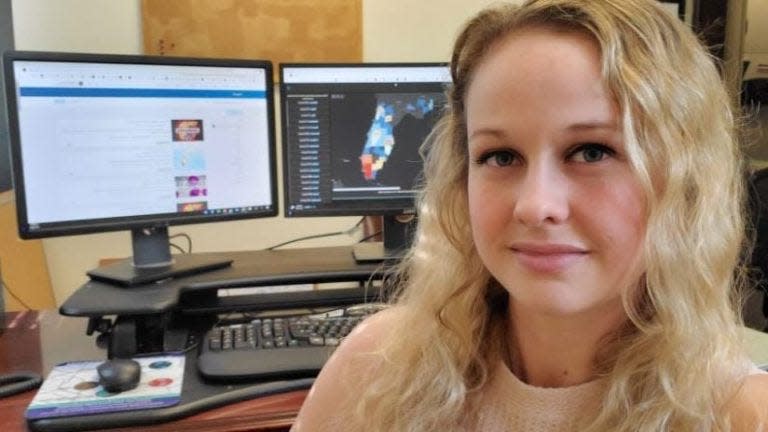 Florida has a data problem.

While the rest of the world drowned in third-party, speculative and non-scientific coronavirus data at the onset of the pandemic, the Florida Department of Health stood proudly and steady in its position as the single-point-source of information in the state.

That monopoly over COVID data in the state is partly my fault. I worked very hard for several months to ensure the health department was the only authority over COVID-19 data, and since I was the sole creator and publisher of that data, I trusted its authenticity and accuracy above all else.

I learned a hard lesson about data integrity when I was fired in May for refusing to manually manipulate that data at state leaders’ request. Data is only as trusted as its keeper, and the department’s credibility evaporated faster than dew on the grass in the Florida morning sun after news of my firing spread across the globe.

A few weeks later, on the day Gov. Ron DeSantis announced the full reopening of K-12 schools in August, Scott Pritchard, the lead epidemiologist for Florida’s COVID-19 response since January, abruptly quit after 15 years of service. The Miami Herald cited a former health department employee, speaking on the condition of anonymity, who said Pritchard was afraid DeSantis would use him as a scapegoat once cases “started exploding.”

Trust in the health department tanked — also partly my fault — and consequently, secondary and non-authoritative data resources have popped up left and right.  Public distrust in the officials who are supposed to lead us opens up too many avenues for amateurs and pseudo-scientists to fill the data hole with unreliable, unvetted and unsourced information.

Still, there were other reliable state agencies pushing back against disruptive disinformation. One of them provided data on hospital capacity that should have been added to Florida’s COVID-19 dashboard months ago, but never was.

Rebekah Jones is the architect of Florida’s COVID-19 dashboard

I was told the public data wasn’t “ours” to use. But I published it, and it became intensely controversial when the public realized the state’s political messaging didn’t match its own data. Not only that, data from different state departments didn’t match up.

New York City official: Learn from our ordeal. Slow the COVID monster while you still can.

The problem with the confusion is that this data is used as a proxy for active hospitalizations. Misuse of state hospitalization data stretches from bloggers all the way to the New York Times.

Black holes with no information

They stopped publishing demographic data about who’s being tested after firing me in May, so we have no idea if recent surges in cases by age, gender, race or ethnicity are truly spikes or if they’re proportional to the number of people being tested within those demographic groups. They’ve never published testing or death data by ZIP code, either. And they don’t publish dates of deaths, making it difficult to measure and monitor trends.

Contact tracing is another black hole. The state claims to be doing it, but won’t publish any data on at all. And since I started publishing my own dashboard, it has made unannounced and abrupt changes in information such as reporting periods and what testing is reported.

All of this amounts to highly disorganized and conflicting data that most people wouldn’t know how to make sense of. Maybe that’s what Florida authorities want — to create confusion so they can dismiss any damning information as a misinterpretation of the data.

Plan B: We can’t wait for a COVID-19 vaccine. Test everyone now to help end the pandemic.

Florida was once hailed as the gold standard in data transparency and accessibility. That was my plan. Now it’s seen as one of the most corrupt and inaccessible systems in the country. That is entirely their fault.

If Florida is to come out of this pandemic stronger, it needs the help of scientists like me and others across the state. To do that, we need data. It’s time for Florida officials and step up fix the data problem they created.

Rebekah Jones, a data scientist who helped create the Florida Department of Health’s virus statistical dashboard, said she was fired because she would not change data. Gov. Ron DeSantis’ office has said she was let go for being insubordinate. After her dismissal, she launched her own COVID-19 data website, “Florida COVID Action.”  This column originally appeared in Treasure Coast Newspapers. Follow Jones on Twitter: @GeoRebekah

You can read diverse opinions from our Board of Contributors and other writers on the Opinion front page, on Twitter @usatodayopinion and in our daily Opinion newsletter. To respond to a column, submit a comment to letters@usatoday.com.