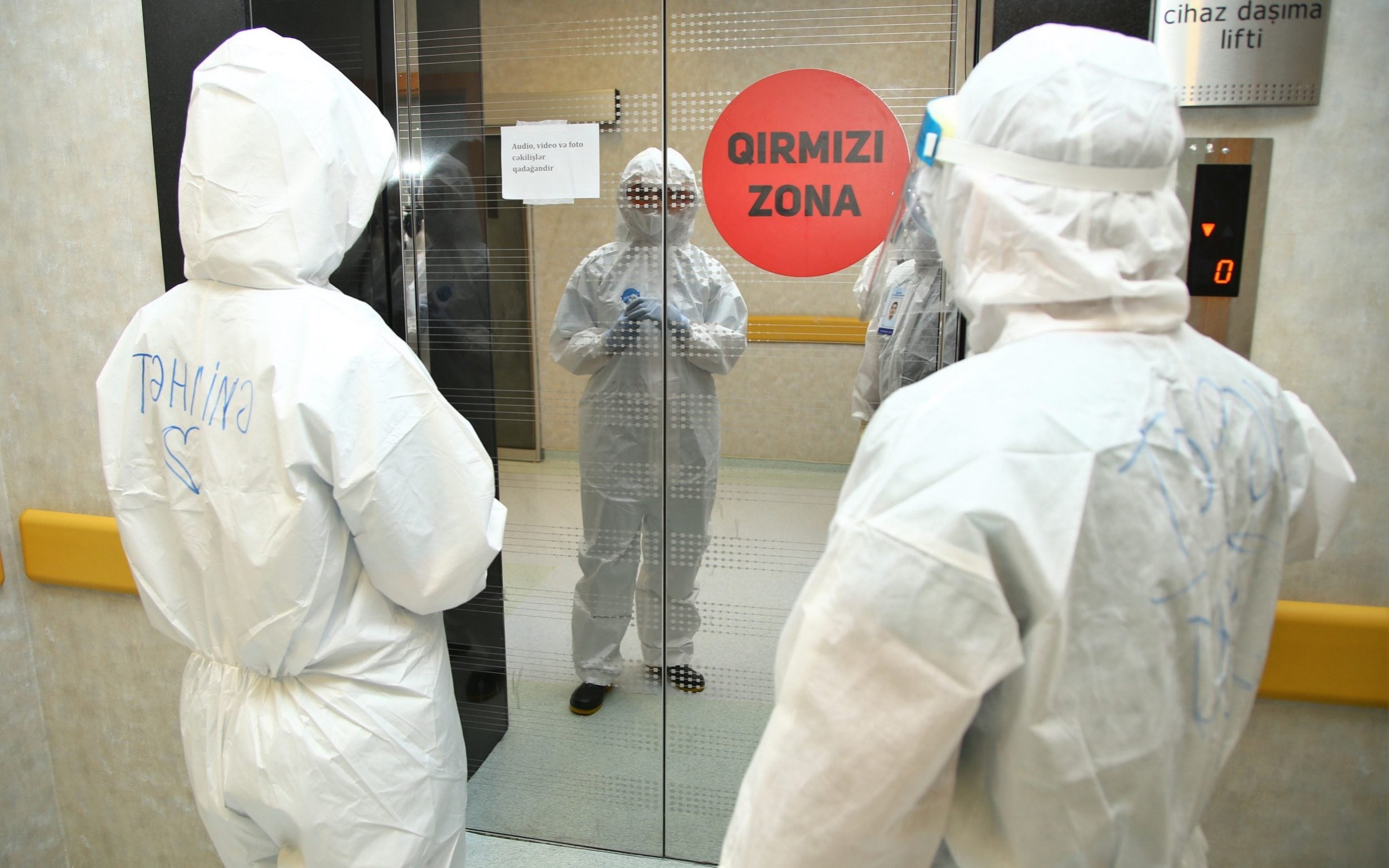 Air conditioning units that recirculate the same air in a room should be switched off or only used with open windows, experts have urged, amid mounting concern around the role of airborne transmission to spread Covid-19.

Experts told the Telegraph that air conditioning units that only used recirculated air could exacerbate the spread of virus particles if someone was infected with Covid-19.

Dr Shaun Fitzgerald, a fellow at the Royal Academy of Engineering, said there were two types of air conditioning units – ones that take air in from outside and expel it out again, or those that recirculate the same air.

This second type, known as a “split” unit, draws air in, passes it over cooling coils and sends it back into the room.

Guidance from the Chartered Institution of Building Service Engineers, which Dr Fitzgerald helped draw up, warns that split air conditioning units that do not have a “dedicated source of outside air supply into a room… could be responsible for recirculating and spreading airborne viral particles into the path of socially distanced users”.

Dr Fitzgerald said that it may go against conventional wisdom and be more expensive, but opening a window while operating the unit was the best way to mitigate risk.

“The recommended strategy now, if you have one of these split units, is to throw the window open and sacrifice your desire for a cold or cooler environment. If there is a modicum of wind it will move the air around. If you can’t open a window turn the unit off.”

He said these kinds of wall-mounted units were often installed when people only needed air conditioning for a few days each year.

Experts have been concerned about air conditioning units since the publication of a study in the journal Emerging Infectious Diseases that looked at an outbreak of coronavirus among 10 diners at a restaurant in Guangzhou, China. The diners were seated at three separate tables and researchers believe that airflow from an air conditioning unit could have spread droplets between the three groups.

The question over how the disease is transmitted has been given added urgency in recent days after a group of more than 200 scientists wrote an open letter urging the World Health Organization to recognise the possibility of airborne transmission of the virus.

Current guidelines from the WHO say the virus is spread primarily through droplets from the nose or mouth – and therefore the best preventive strategies are hand washing and social distancing.

But the signatories of the letter said more emphasis should be put on ensuring buildings had proper ventilation and reducing overcrowding.

On Thursday the WHO released a new scientific brief that acknowledged “emerging evidence” of airborne transmission of Covid-19.

It said that restaurants, nightclubs and places of worship where people may be shouting, talking or singing and where there was poor ventilation were a risk for airborne transmission of the disease.

Dr Robert Redfield, director of the United States Centers for Disease Control and Prevention, has also urged young people to stay away from bars after a rise in cases in the southern states is being linked to packed nightspots.

Dr Julian Tang, consultant virologist at Leicester Royal Infirmary and one of the lead authors of the letter to WHO, said an individual emits a thermal plume as they breathe out which rises at about half a metre a second. If the person is in a busy bar or restaurant and had to shout, it would rise faster.

The virus is thought to thrive in cold conditions and the cooling may also enable the virus to survive, Dr Tang added.

Some air conditioning systems claim to have germicidal properties, but he said because there was no regulation it was impossible to verify this.

Dr Tang also said that aircrafts were routinely fitted with conditioning systems that filter out viruses and bacteria. Two studies published in recent days have shown that transmission of the virus on a plane is rare – one study looked at a four-and-a-half hour flight with 365 passengers, 16 of whom had Covid-19. However, only one other person on the flight became infected with the virus.

Sturgis bike rally unfold coronavirus throughout the nation, resulting in $12 billion in well being care prices