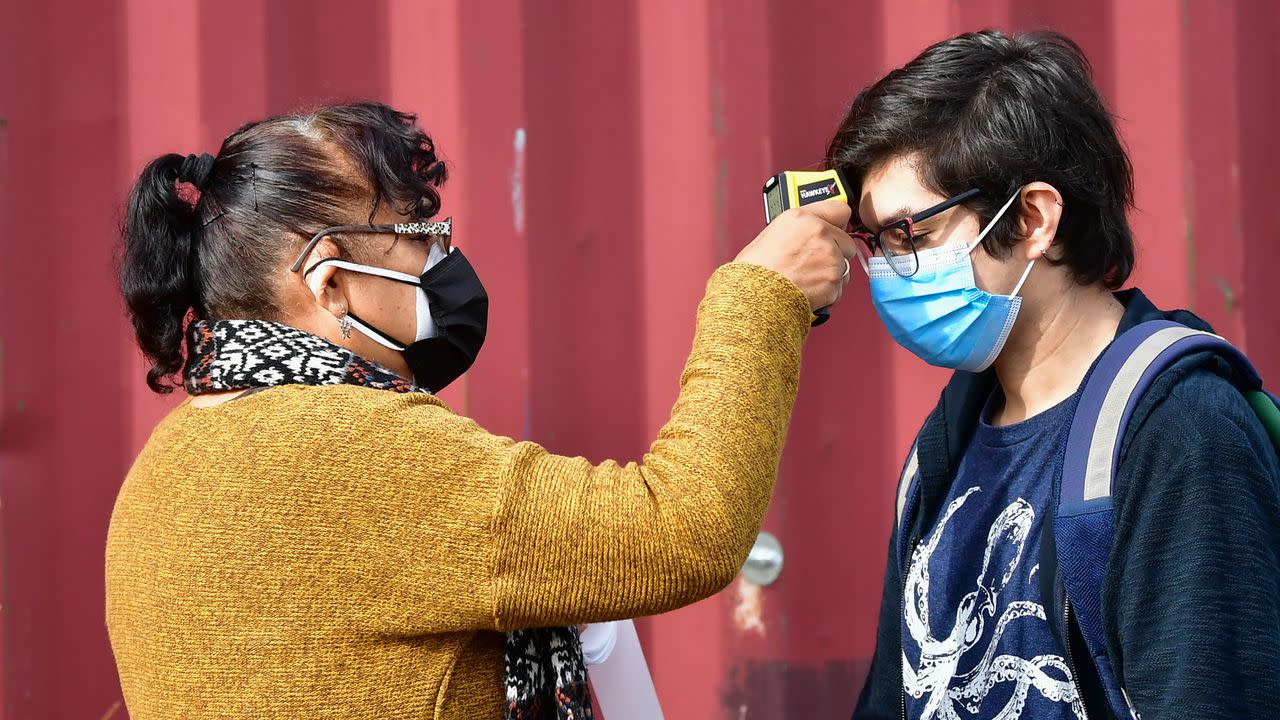 Abbott’s BinaxNOW COVID-19 Ag Self Test, which was designed to detect COVID-19 infection, has been authorized for emergency use by the US Food and Drug Administration (FDA). The approval permits over-the-counter, non-prescription, and asymptomatic use of the test for individuals with or without symptoms. Abbott (ABT) expects the shipping of the tests to major food, drug and mass merchandiser retailers to begin in the coming weeks and the test to be accessible through some of their online store websites at a reasonable price. The test can be performed on children as young as two years old. Notably, the test will come in a two-count box in order to meet serial (frequent) testing requirements. The BinaxNOW professional test was launched nationwide in Aug. 2020 and Abbott increased the production at its new US manufacturing facilities to produce 50 million tests per month. Notably, the US Department of Health and Human Services (HHS) bought the company’s first 150 million tests, and sent them to K-12 schools, nursing homes, historically black colleges and universities, and underserved communities, to help in preventing the virus from spreading. After receiving approval, BinaxNOW has also been used by workplaces, K-12 schools and universities, and other organizations all over the country, the company said. Abbott CEO Robert B. Ford said, “We’ve now accomplished what we set out to do when we launched BinaxNOW, which is to bring an accurate, affordable and readily available test to the American people that they can have on hand, whether they want to test frequently or in certain circumstances.” (See Abbott stock analysis on TipRanks) “Together with vaccines, the BinaxNOW Self Test will help Americans get back to doing what they want and need to do – like going to work and school or seeing friends and family – with greater confidence,” Ford added. On March 11, Raymond James analyst Jayson Bedford increased the stock’s price target to $130 (8.5% upside potential) from $126 and reiterated a Buy rating. According to Bedford, “ABT has paused on concerns around 1) the slowdown in CV-testing and 2) their perceived ability to drive double-digit EPS growth in 2022.” “We are comfortable with these concerns, and believe this dynamic is more than accounted for in the valuation, which, on a relative basis, is as attractive as it has been in three years,” the analyst added. The consensus rating among analysts is a Strong Buy based on 9 Buys versus 1 Hold. The average analyst price target stands at $134.89 and implies upside potential of 12.6% to current levels over the next 12 months. Shares have gained 56.5% over the past year. What’s more, Abbott scores a “Perfect 10” from TipRanks’ Smart Score rating system, indicating that the stock has strong potential to outperform market expectations. Related News: Academy’s 4Q Results Beat Estimates; Shares Jump 11% DraftKings Snaps Up VSiN To Boost Content For Customers; Shares Pop 5% McCormick’s 1Q Results Beat Expectations As Sales Outperform More recent articles from Smarter Analyst: Angi Increases Stake In MyBuilder Business By 20%; Street Remains Bullish Thursday’s Pre-Market: Here’s What You Need To Know Before The Market Opens Wall Street Roundup: Bullish & Bearish Calls Of The Day Acuity Brands Pops 13% After 2Q Earnings Beat, Sales Disappoint

Rev. Billy Graham’s grandson out of ICU after COVID-19