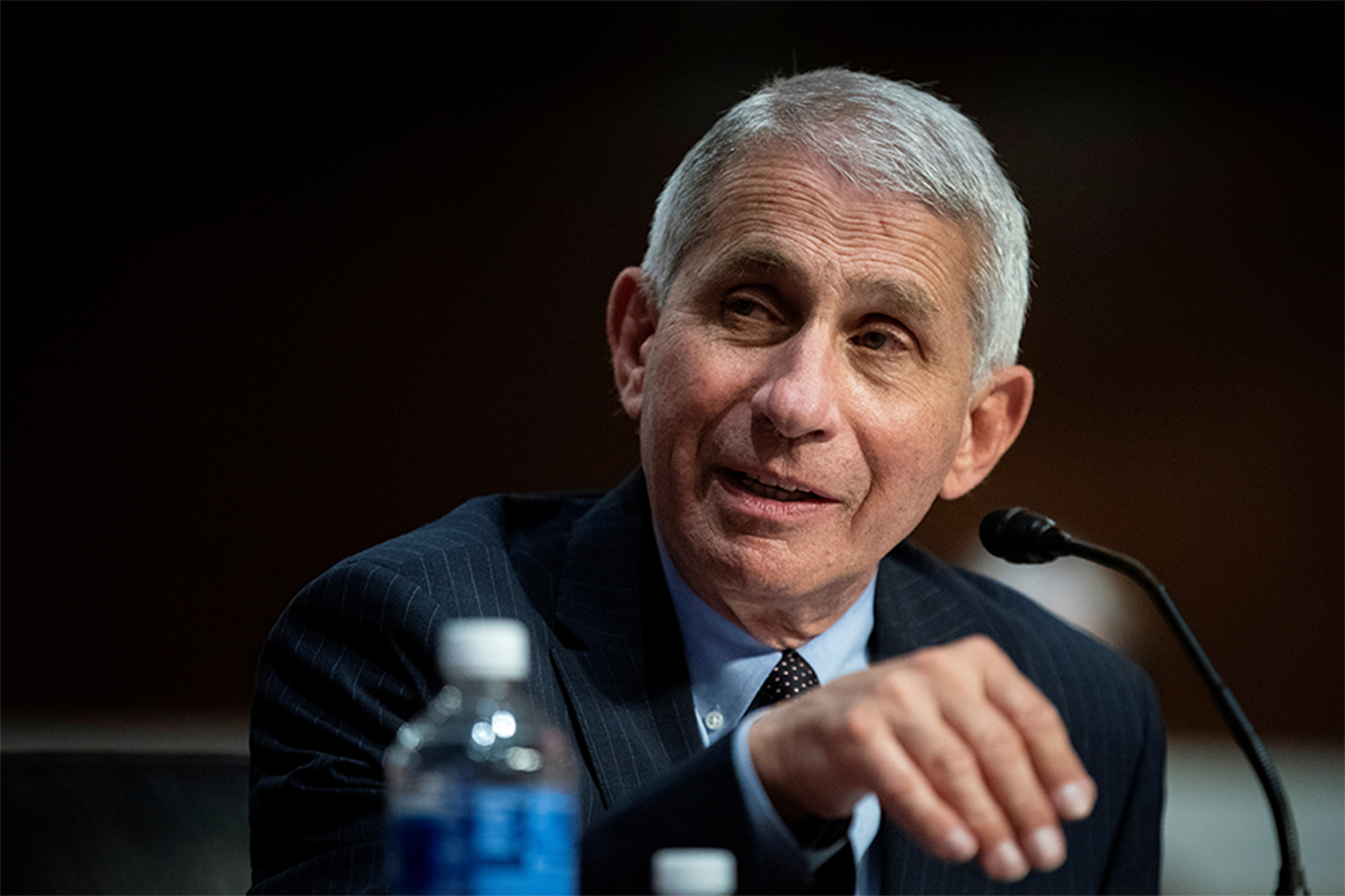 Dr. Anthony Fauci suggested that people wear goggles or face shields as an added measure of protection against contracting the coronavirus, according to a report.

“If you have goggles or an eye shield, you should use it,” Fauci, 79, the top US infectious disease expert, told ABC News Chief Medical Correspondent Dr. Jennifer Ashton on Wednesday.

When asked if eye protection will become a formal recommendation at some point, he said, “It might, if you really want perfect protection of the mucosal surfaces.”

Fauci, a member of the White House pandemic task force and director of the National Institute of Allergy and Infectious Diseases, explained the rationale for the measure.

He added that while goggles and eye or face shields are “not universally recommended” at this time, “if you really want to be complete, you should probably use it if you can.”

Fauci also addressed when people should get tested if they believe they’ve been exposed to the bug, since there are no official guidelines from the Centers for Disease Control and Prevention or the National Institutes of Health on the matter.

“That question came up at the task force meeting yesterday and we asked the same thing and we said there’s no real recommendation,” Fauci said on ABC News.

“I would think that five [days] is good. I might even go a day or so early because the incubation period of when you get symptoms is about five days,” he said, adding that the window is “no earlier than three [days] or no later than five or six.”

Fauci also said he hopes wearing masks also will help limit the spread of the flu in the fall.

Meanwhile, the doctor also discussed the anti-malarial drug hydroxychloroquine, saying in an interview on MSNBC that all the “valid” scientific data show the drug is not effective in treating COVID-19.

“You look at the scientific data and the evidence. And the scientific data … on trials that are valid, that were randomized and controlled in the proper way, all of those trials show consistently that hydroxychloroquine is not effective in the treatment of coronavirus disease or COVID-19,” he said.

His remarks came a day after President Trump renewed his push for coronavirus patients to take the controversial drug.

The president spoke at length during a White House press briefing about the medication, including his experience taking it for two weeks as a COVID-19 prophylactic.

“Many doctors think it is extremely good and some people don’t… I happen to believe in it. I would take it. As you know, I took it for a 14 day period and I’m here, right? I’m here,” he said.

On Monday night, Trump retweeted some messages of support for the drug’s use.

“It’s safe. It doesn’t cause problems. I had no problem. I had absolutely no problem — felt no different, didn’t feel good bad or indifferent,” Trump said Tuesday. “It didn’t get me and it’s not going to hopefully hurt anybody.”

The president on Tuesday said he was unaware of Fauci’s views on hydroxychloroquine and that he has a “good relationship” with the doctor, despite an overnight retweet of a message, which was later removed, criticizing the infectious disease expert.

During the Tuesday press conference, Trump was asked by a reporter about a video he shared on Twitter that claimed hydroxychloroquine is “a cure for COVID” and “you don’t need a mask” to slow the spread of coronavirus.

The clip was later labeled as containing misleading information and has since been deleted.

“I wasn’t making claims,” Trump said of his tweet, noting that he was relaying recommendations from other people, including physicians.

Trump once more directs blame at Obama as coronavirus pandemic worsens in U.S.