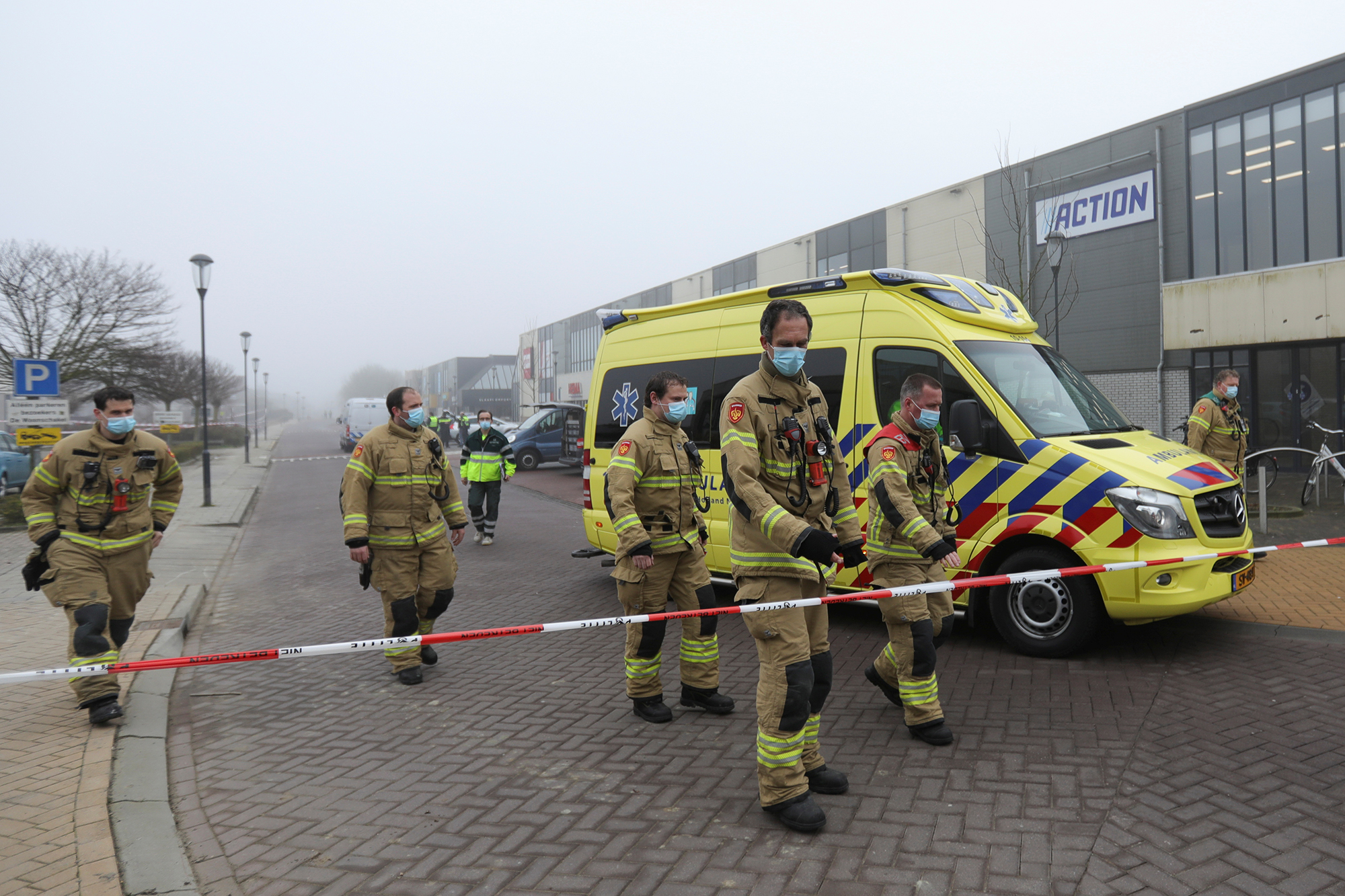 An explosion struck a COVID-19 testing center in a small town in the Netherlands on Wednesday, shattering several windows in what police believe was an intentional attack, officials said.

The early morning blast in Bovenkarspel, some 40 miles north of the capital, Amsterdam, was caused by a metal cylinder left outside the building, according to Agence France-Presse, which cited police. No one was injured.

The incident comes weeks after another testing center was burned down during violent riots across the country against a coronavirus curfew.

“Police were called at 6:55 a.m. by a security guard from the corona test center to say that an explosion had taken place. He had heard a loud bang and then saw that several windows of the building had broken,” a police statement said.

“Outside the building was a metal cylinder that had exploded. No one was injured in the incident.”

Emergency responders are seen at the COVID-19 testing center in the Netherlands that endured a possibly intentional explosion.REUTERS

“It’s not possible that this was by accident, the object was placed there and exploded near the front of the test center,” Hartenberg told AFP. “We are not ruling anything out and can’t say anything about a motive. An investigation is underway.”

He added: “It was a metal object somewhere between a tube and a canister.”

“For over a year now, we have relied heavily on the people on the front lines. And then this. Insane,” de Jonge said in a tweet.

The bomb squad was investigating whether any explosive material remained at the scene, public television network NOS reported.

The part of the Netherlands in which Bovenkarspel is located is in the midst of one of the country’s most serious outbreaks, with 81 infections per 100,000 inhabitants, compared to a national average of 27.2, officials said

The Netherlands has recorded more than 1 million coronavirus cases since the start of the pandemic and over 15,000 deaths.

As first responders secured the site of the explosion, police said nobody was hurt at the COVID-19 testing site.EPA

In January, a testing center was set on fire in the conservative Protestant village of Urk as protests broke out over the start of an overnight curfew in the Netherlands.

The explosion in Bovenkarspel came as the government on Wednesday began easing its toughest anti-virus measures since the pandemic began.

Emergency responders secure the area at the scene of an explosion at a COVID-19 testing location in Bovenkarspel, near Amsterdam.REUTERS

Anger over the pandemic measures has been growing in the Netherlands, as well as support for conspiracy theories about the bug.

Last month, a court backed a case by a COVID skeptic group saying the curfew was illegal and must be lifted, although an appeals court later dismissed the ruling.

Riots across the country led to the destruction of another COVID-19 testing site in late January.EPA

Earlier than colleges can reopen, coronavirus outbreaks should get beneath management