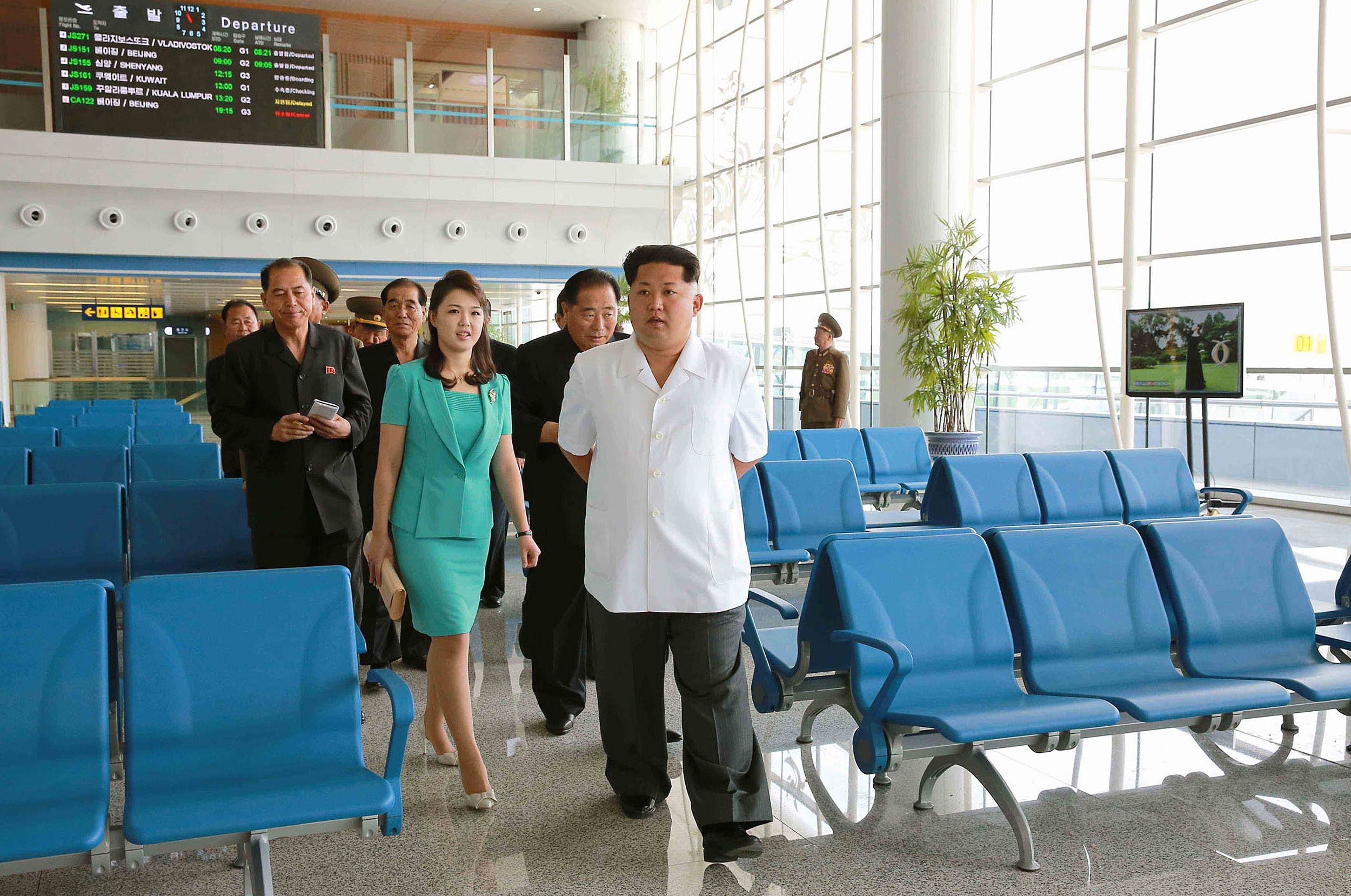 WASHINGTON – More than 200 countries and territories have reported coronavirus cases within their borders. One unlikely exception: North Korea, which claims to have zero infections despite its 880-mile border with China, where the virus first emerged before spreading across the globe.

“It’s a near impossibility for them not to have cases,” said Jung H. Pak, a former CIA analyst and North Korea expert with the Brookings Institution, a Washington think tank.

China is North Korea’s biggest trading partner, accounting for as much as 95% of the country’s reported imports, according to 38 North, a website that tracks developments inside the so-called Hermit Kingdom.

“It is puzzling to see how a country that shares such close trading ties (albeit surreptitiously) with China, where the virus had its origin, has remained immune to such a pandemic,” two Asia experts, Jagannath Panda and Jina Kim, wrote in an analysis Tuesday for 38 North.

Indeed, Pak and other experts say there’s evidence of at least a small-scale COVID-19 outbreak in North Korea, a country where much of the population is already in poor health, the economy is crippled, and the health system is abysmal.

North Korea’s assertion that it is coronavirus-free comes amid growing speculation about the health of North Korea’s leader Kim Jong Un, fueled by his absence from a major national celebration earlier this month. South Korean officials have disputed reports that Kim is ill, and on Tuesday, one government minister said Kim may be isolating himself to avoid coronavirus infection.

The true picture of how widespread COVID-19 is inside North Korea will probably never be clear. North Korea is one of the world’s most secretive, repressive and authoritarian countries in the world, and the regime’s propaganda machine controls the flow of information.

But outside North Korea, there have been reports of infections, deaths, and “panic buying,” from regional media outlets, defectors with connections inside the country, and other sources.

One Japanese newspaper reported on March 29 that more than 100 North Korean soldiers have died due to suspected COVID-19 infection since February. In an April 22 story, NK News, which reports on North Korea, described “panic buying” in grocery stores, with a rush to snap up staples like flour and sugar.

An April 18 Radio Free Asia story said North Korean officials had informed local citizens of coronavirus cases in the capital city of Pyongyang, as well as in two provinces in the northeast and southwest parts of the country.

“It’s hard to believe there weren’t cases in between” those three locations, said Bruce Klingner, an ex-CIA deputy division chief for Korea who is now with the Heritage Foundation, another Washington think tank.

But Klingner said the scope of infections may be limited – a conclusion he based in part on the lack of grisly indicators, such as satellite images of mass graves.

“We’re just not hearing, as we did during the great famine, of bodies being stacked like cordwood,” Klingner said, referring to the mass starvation in North Korea in the 1990s that killed an estimated 2 million to 3.5 million people.

If the COVID-19 outbreak is limited, he said, it’s probably because North Korea imposed very strict measures right after the disease began spreading in China. In late January, the North Korean government cancelled all flights into and out of the country, sealed its border with China, and even stopped state-run smuggling operations – with the threat of severe punishment for those who failed to comply.

Pak agreed that North Korea took extreme and early steps to lock the country down, but she’s not convinced that capped coronavirus infections.

“Infectious diseases sweep through North Korea all the time,” said Pak, author of a just-released book on Kim Jong Un’s rule. “When there’s no testing, you don’t know if this person is dying of tuberculosis or malaria or COVID.”

Meanwhile, American officials have started to worry about the possibility of a related catastrophe in North Korea: widespread starvation and increased economic deprivation stemming from North Korea’s trade stoppage and border closures.

“There is a real risk that there will be a famine,” Secretary of State Mike Pompeo said Wednesday during an appearance on Fox News.

Well before the pandemic hit, the United Nations warned in 2019 that more than 10 million North Koreans were suffering “severe food shortages” after the worst harvest in a decade.

With those sources now closed off, the supply of food and cash has been disrupted, Klingner and others say. On Tuesday, Reuters reported that North Korea planned to send a delegation to China to discuss food supplies and trade.

quarantine measures have got to hurt them even more.”