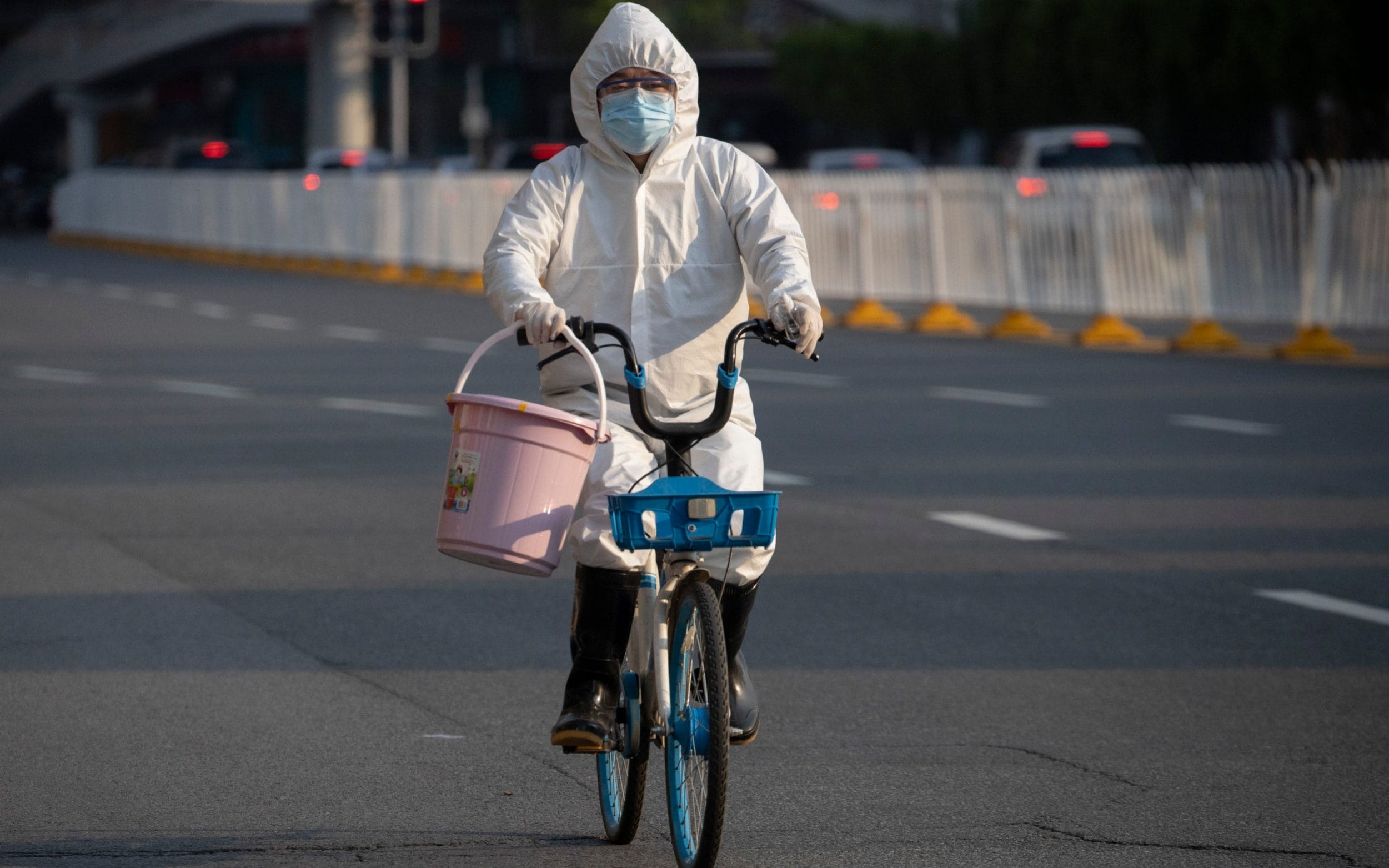 A resident in mask and suit in April in Wuhan in China, where the coronavirus originated. – Ng Han Guan /AP

The European Union agreed to Chinese censorship of a public letter by its ambassadors that removed any mention of the fact the coronavirus pandemic originated in China, it has emerged.

The EU’s foreign affairs service agreed to cut out a reference to the “outbreak of the coronavirus in China” as a reason for a cancelled EU-China summit in the letter, which was published in the state-run China Daily newspaper.

Two weeks ago, the EEAS was forced to deny it had bowed to Beijing by watering down language in a report accusing China of a campaign of disinformation about the virus. It was revealed EU officials softened some of the language condemning China after repeated calls by Chinese officials.

“It is of course regrettable to see that the sentence about the spread of the virus has been edited,” said Nicolas Chapuis, the EU’s ambassador to China, who co-signed the opinion piece with the 27 ambassadors to China of the bloc’s member states.

The senior diplomats wrote the letter to celebrate 45 years of diplomatic relations between Beijing and the EU.

Diplomats in Brussels and politicians in Europe were dismayed at the latest decision but officials insisted that the letter would not have been published unless the cut was made.

Norbert Rottgen, the head of the German parliament’s foreign affairs committee, said he was shocked “not once but twice”.

“First the EU ambassadors generously adopt Chinese narratives and then on top of that the EU representation accepts Chinese censorship of the joint op-ed. Speaking with one voice is important but it has to reflect our shared European values and interests,” he said.

A spokesman for the EEAS said, “The EU delegation was informed that publication could only take place with agreement of [the] Chinese ministry of foreign affairs.

“The EU delegation made known its concerns. The EU continues to advocate a free press. On this specific case the EU delegation decided to proceed with publication with considerable reluctance because it considered it important to communicate the key messages.”

China is attempting to block EU moves in the World Health Organisation to push for an investigation into the pandemic over language that states it started in China.

The US also supports the UN resolution on the probe into the origin and spread of coronavirus when the World Health Assembly convenes later this month.

Beijing  accused the USA of trying to shift blame over the coronavirus on Thursday, after President Donald Trump said the pandemic was a worse “attack” than Pearl Harbor or 9/11.

Tension between the world’s two biggest economies has reached fever pitch in recent days as they have exchanged barbed comments on each other’s handling of the virus.

Mr Trump has claimed the virus leaked from a lab in Wuhan, while Chinese diplomats have floated the idea it was planted there by US military.

“We urge the US side to stop shifting the blame to China and turn to facts,” said foreign ministry spokeswoman Hua Chunying at a press briefing.

“They might say the pandemic is comparable to Pearl Harbor or 9/11, but the enemy facing the US is the novel coronavirus,” she said.

China said for the first time Thursday that researchers at the Wuhan Institute of Virology were trained in the US and France, as it faces repeated US claims that the coronavirus pandemic originated there.

French President Emmanuel Macron has also denied that there was any evidence linking the Wuhan P4 lab to Covid-19.

Trump officers gloated about pressuring the CDC to edit its COVID-19 stories: ‘Yippee!!!’