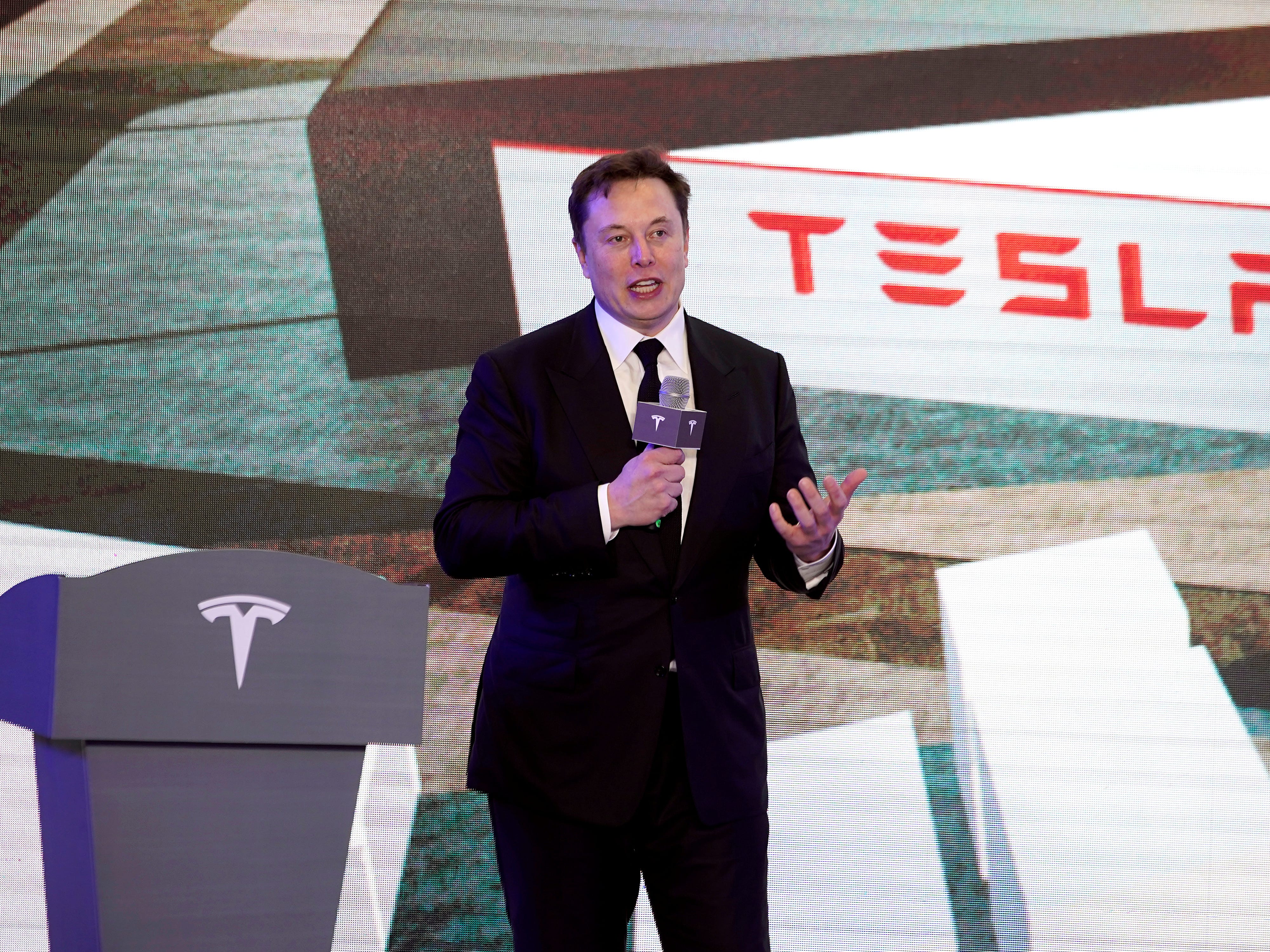 In a tweet Saturday morning, the chief executive continued his outrage against shelter-in-place orders that have forced most non-essential businesses to close.

Last week, Musk likened the rules to fascism, and urged leaders to “give people their goddamn freedom back.”

After a week of decrying coronavirus shelter-in-place orders that have left Tesla’s main factory shuttered and unable to produce vehicles, Elon Musk says the company may move its factory out of the state.

“Tesla is filing a lawsuit against Alameda County immediately,” the chief executive said on Twitter Saturday morning. “The unelected & ignorant ‘Interim Health Officer’ of Alameda is acting contrary to the Governor, the President, our Constitutional freedoms & just plain common sense!”

That was followed up with a threat to move Tesla’s headquarters outside the state.

“Frankly, this is the final straw,” he replied. “Tesla will now move its HQ and future programs to Texas/Nevada immediately. If we even retain Fremont manufacturing activity at all, it will be dependent on how Tesla is treated in the future. Tesla is the last carmaker left in CA.”

It wasn’t immediately clear if a suit had yet been filed, or in which court Tesla will file the lawsuit. Most state and federal courts are closed on weekends and do not allow filing. In a subsequent Tweet, Musk alsourged shareholders to file a class action suit for damages caused by shutdown.

Alameda County — the East Bay locale which includes Fremont, California, and Tesla’s gigafactory about 30 miles southeast of San Francisco — extended its shelter-in-place order on April 29 “until further notice.” Local authorities have not allowed Tesla to reopen the factory, and all manufacturing remains prohibited under the order.

Read more: Scientists are racing to create a coronavirus vaccine that can halt the pandemic in its tracks. Here are the top 3 candidates aiming to be ready this fall.

The San Francisco Chronicle reported that Tesla was planning to resume some manufacturing operations at the factory as soon as last Wednesday, May 6. Local officials said it did not have permission to do so.

“Right now, the same health order is in place so nothing has changed,” Fremont Police Department spokeswoman Geneva Bosques told Business Insider at the time. “Operating the assembly line was determined early on to be a violation.”

“Frankly, I would call it forcible imprisoning of people in their homes against all of, their constitutional rights, in my opinion,” he said on a conference call. “It’s breaking people’s freedoms in ways that are horrible and wrong and not why they came to America or built this country. What the f—. Excuse me. Outrage. Outrage.”

“If somebody wants to stay in their house, that’s great and they should be able to,” he continued. “But to say they cannot leave their house and that they will be arrested if they do, that’s fascist. That is not democratic — this is not freedom. Give people back their goddamn freedom.”

Some states, including Texas, Georgia, and others, have begun to slowly allow certain businesses to re-open in recent weeks.

Musk praised counties neighboring Alameda, like San Joaquin for what he said were more “reasonable” responses. In a podcast released May 7, he told Joe Rogan that the company had learned from the coronavirus in China, where it briefly forced Tesla to close its Shanghai factory — a claim he repeated on Twitter Saturday.

“Our castings foundry and other faculties in San Joaquin have been working 24/7 this entire time with no ill effects. Same with Giga Nevada,” Musk said. “Tesla knows far more about what needs to be done to be safe through our Tesla China factory experience than an (unelected) interim junior official in Alameda County.”

As Musk began to complain about factory shutdowns in April, workers at Tesla’s Fremont factory told Business Insider that the comments made them anxious.

“I’m for going back to work, but only if it is safe for me, my family, coworkers,” said one production employee. “I don’t feel like I’m being forced to stay home or that my freedom has been taken away. It’s for the good of California.”

Thanks To Coronavirus, Tensions Are Rising In The South China Sea

Does Flu Vaccine Shield Youngsters In opposition to Covid-19? All You Must Know