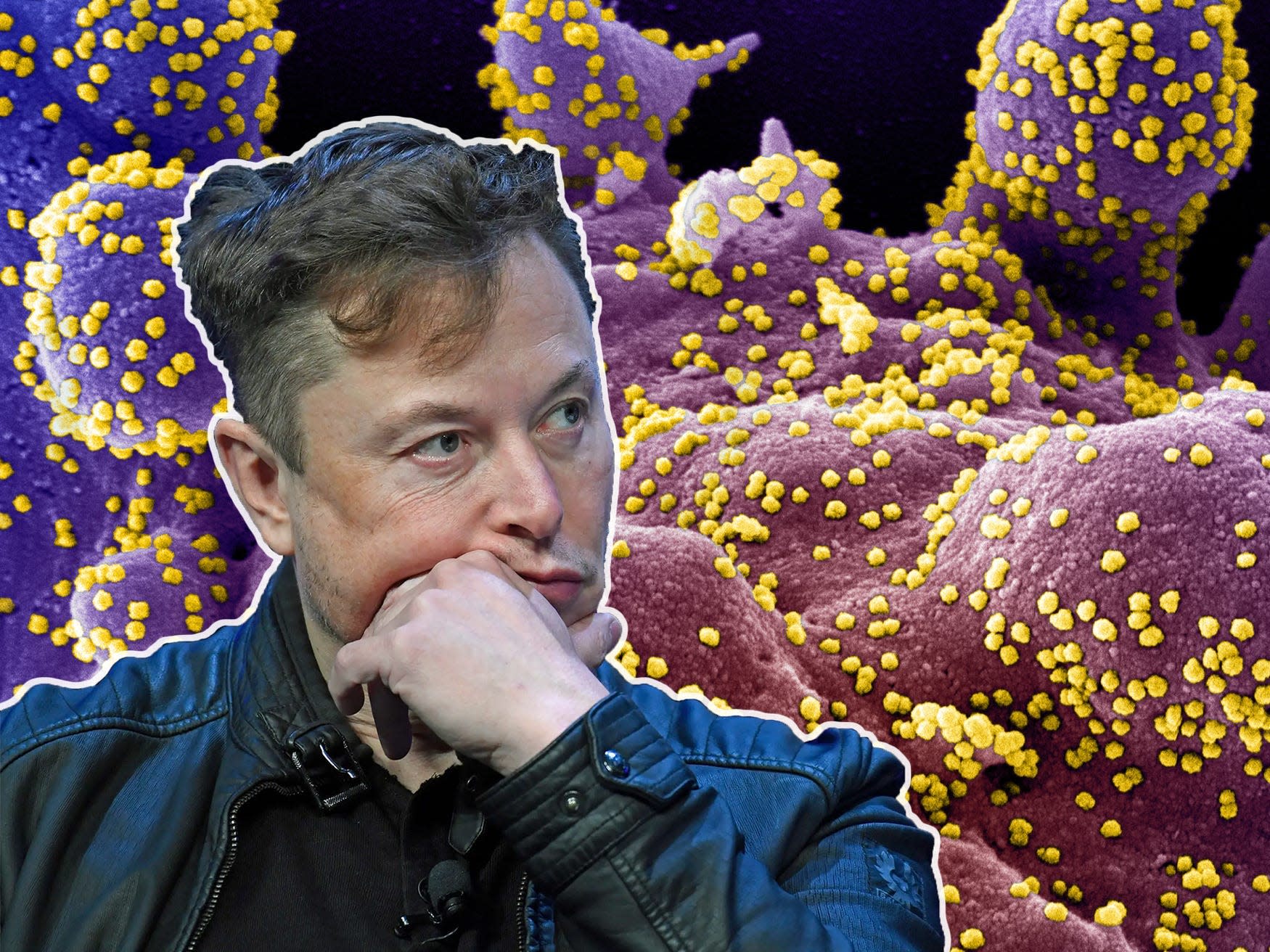 Elon Musk’s rocket company launched its first full crew into space earlier this month, but he wasn’t allowed to be there in person.

As SpaceX sent the four astronauts careening towards the International Space Station, Musk was feeling fatigued and had the sniffles. He had tested positive for COVID-19 days earlier, so NASA wouldn’t let him into its Florida facilities.

Musk told his 40 million Twitter followers that he’d been experiencing “mild” symptoms — sniffles, cough, and a slight fever — but that he didn’t trust his test results.

“Something extremely bogus is going on,” he wrote on November 12.

His reasoning was based on inconsistent results from a rapid test made by pharmaceutical giant Becton, Dickinson and Company, or BD. Musk said he tested positive on the first test, then negative on a second, negative on a third, and positive again on a fourth.

“Same machine, same test, same nurse,” he wrote. He later criticized BD’s test as being “about as useful as a flipping a coin.”

His tweets revealed either a deep misunderstanding of how coronavirus testing and infection work, or a refusal to accept it. It wasn’t the first time.

“The coronavirus panic is dumb,” Musk tweeted on March 6.

In the case of his own test results, Musk was not acknowledging the Food and Drug Administration’s guidance about the antigen test he took. The agency says that in the case of a positive result, antigen tests “are highly accurate, but there is a higher chance of false negatives, so negative results do not rule out infection.”

PCR tests, meanwhile, take longer to process but are the gold standard for diagnosis. Musk was still awaiting his PCR results when he started tweeting. He still has not shared those results, but he said on November 18 that he “def” had the coronavirus.

Elon Musk wears a mask as he arrives for a meeting with the leadership of the conservative CDU/CSU parliamentary group in Berlin, Germany, September 2, 2020. Tobias Schwarz/Pool via REUTERS

In the months preceding his diagnosis, Musk insisted that the virus was not very deadly, that young people weren’t vulnerable, and that doctors were misattributing deaths to COVID-19 instead of other causes. He sent employees back to work at his California Tesla factory in defiance of local shelter-in-place orders, which he described as “fascist” and “forcible imprisoning.” He also predicted the US would be reporting “close to zero new cases” by the end of April. And he vouched for an approach that would allow mass infection before vaccines become available.

But then, just days before Musk’s rocket company made history, biological reality seemed to strike the second-richest person on Earth. Musk may finally be coming around to the truth of this pandemic.

He did not, however, respond to Business Insider’s request for comment.

When Musk prematurely reopened his Tesla factory, the virus came in with workers. Employees tested positive just a few days later, The Washington Post reported, then were told to stay home as their coworkers continued coming in.

Musk’s criticism of lockdowns was unwavering. He advocated an approach like Sweden’s, which encouraged the elderly to stay at home and implemented higher levels of precaution at nursing homes, but otherwise let life carry on as normal.

The idea behind the Swedish policy was to build herd immunity — a protection that populations gain when enough individuals become immune to a virus that the pathogen can no longer spread easily. This is also what could get achieved through mass vaccination.

But soon after Musk’s tweets, Sweden began reporting an unprecedented wave of cases and an accompanying surge in deaths. The country’s chief epidemiologist, Anders Tegnell, admitted that he’d been wrong in his prediction that autumn case counts would be “quite low” due to the country’s no-lockdown policy.

A sign at a memorial in Stockholm’s Mynttorget square expresses frustration over Sweden’s relaxed approach to the pandemic. Jonathan Nackstrand/AFP/Getty Images

In the US, research has indicated that lockdowns helped prevent as many as 60 million coronavirus infections from March 3 to April 6. A July study estimated that US stay-at-home orders may have prevented 250,000 to 370,000 deaths from March to May.

One analyst estimated that pursuing herd immunity through natural infection in the US could cause more than 640,000 additional deaths by February 2023. Business Insider calculated a similar toll of 600,000, based on the virus’s death rate and the percentage of the population that would need to be infected to reach herd immunity.

In a September interview on the podcast “Sway,” Musk told interviewer Kara Swisher that he would not get the COVID-19 vaccine, nor want his family to do so. The reason he gave was that he was “not at risk for COVID, nor are my kids.”

A volunteer receives an injection for a potential vaccine against COVID-19 at the Baragwanath Hospital on June 28, 2020, in Soweto, South Africa. Felix Dlangamandla/Beeld/Gallo Images via Getty Images

Musk didn’t elaborate further on that stance, and he didn’t acknowledge that even if you are healthy, young, and less likely to experience severe symptoms, getting vaccinated can prevent you from spreading the virus to someone more vulnerable.

Musk is not alone in his anti-vaccine sentiments. In a poll conducted this summer, 33% of Americans said they would decline to take a COVID-19 vaccine. A later survey turned up similar results.

In the same September interview, Musk also argued for the natural-infection path to herd immunity.

“Essentially, the right thing to do would be to not have done a lockdown for the whole country but to have, I think, anyone who’s at risk should be quarantined until the storm passes,” he said.

Elon Musk talks to journalists at the construction site of the Tesla Giga-Factory near Berlin, Germany, September 3, 2020. Patrick Pleul/picture alliance via Getty Images

Musk didn’t note the hundreds of thousands of deaths his preferred approach would cause, nor the countless people who’d be left to suffer the virus’s long-term impacts. Swisher did, though. When she pointed out that many people would perish, Musk responded: “Everybody dies.”

Is Musk having a change of heart?

After Musk fell ill, missed his landmark rocket launch, and attacked antigen tests online, something seemed to change in his tweets. Suddenly, he reached out to a coronavirus expert: Michael Mina, an immunologist and epidemiologist at Harvard’s TH Chan School of Public Health.

Two days after announcing and questioning his test results, Musk asked Mina on Twitter what he thought the threshold should be for a PCR test to be considered positive.

“If I’m asking the wrong question, what is a better question?” Musk added.

“Great question,” Mina replied, launching into a seven-tweet response. He explained that a rapid antigen test like the one Musk used can be your “best friend” if you want to find out whether you’re an immediate danger to others. Mina invited Musk to send him a direct message for a more detailed explanation.

“You’re a scientist and it would be GREAT if you could help inform the world of the right answer to your question,” Mina said. “So much confusion abounds.”

It’s not known whether Musk took Mina up on that offer, but he later retweeted their conversation, recommending it to anyone “curious about rona testing.”