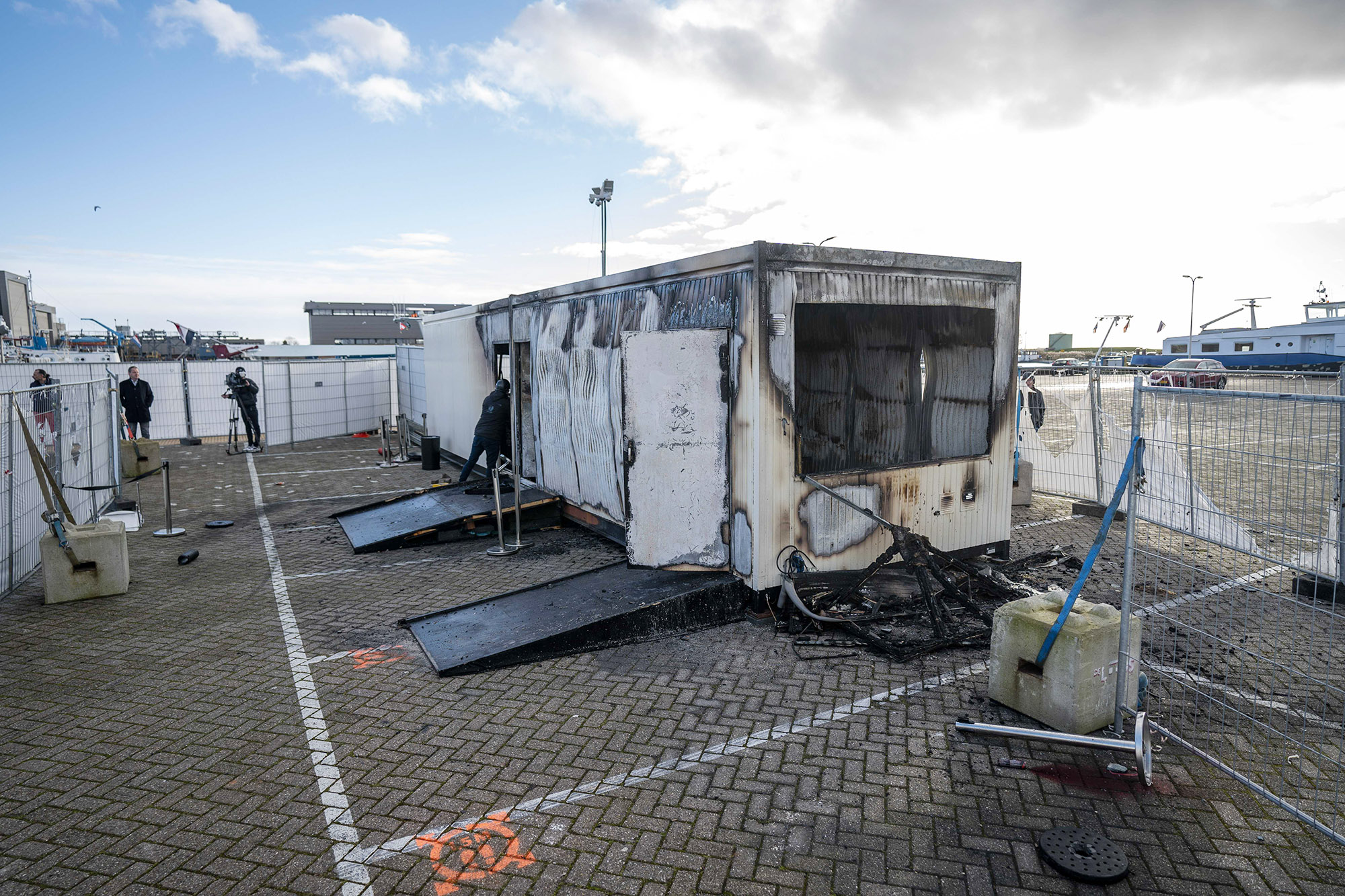 A COVID-19 testing facility was torched in the Netherlands during riots on the first night of a strict new curfew — with police later using water cannons against protesters as the violence raged on Sunday.

Local media video from Urk, a fishing village about 50 miles northeast of Amsterdam, showed a mob breaking into the portable testing facility on Saturday night and setting it ablaze.

By Sunday morning, only a burnt-out shell remained, with police saying it came on a night where rioters were throwing stones and fireworks in an attempt to destroy cop cars.

The violence came as a strict curfew — the nation’s first since World War II — prohibited people going out from 9 p.m. until 4:30 a.m.

By early Sunday, at least 25 people had been arrested and more than 3,600 people fined for breaching the curfew, police said.

That number was expected to soar Sunday as numerous riots broke out in several cities across the nation.

In the Dutch capital Amsterdam, police used a water cannon Sunday to disperse protesters in a major square ringed by museums, including one for the Dutch impressionist master Van Gogh.

It was the same square where 143 people were arrested during similar protests a week ago, with Mayor Femke Halsema designating it a “high-risk zone” to give police the power to frisk people for weapons.

Police in Eindhoven also used a water cannon and tear gas against a crowd of hundreds of demonstrators, including supporters of the anti-immigrant group PEGIDA.

Eindhoven police said they made at least 30 arrests by late afternoon and warned people to stay away from the city center amid the clashes. There were no immediate reports of injuries.

Schools and non-essential shops in the Netherlands have already been shut since mid-December, following the closure of bars and restaurants two months earlier.

Parliament voted last week to impose the curfew amid fears that the highly contagious UK mutation would cause a surge in cases, even though new infections have generally been declining.

Violators can be fined $115, and the only exceptions to the curfew include medical emergencies, people performing essential jobs and people walking their dogs. It is due to last until at least Feb. 9.

As of Sunday, the Netherlands had reported just over 960,000 infections with 13,646 deaths, far fewer than the worst-hit European nations like the UK, France, Spain, Italy and Germany, Johns Hopkins University data showed.