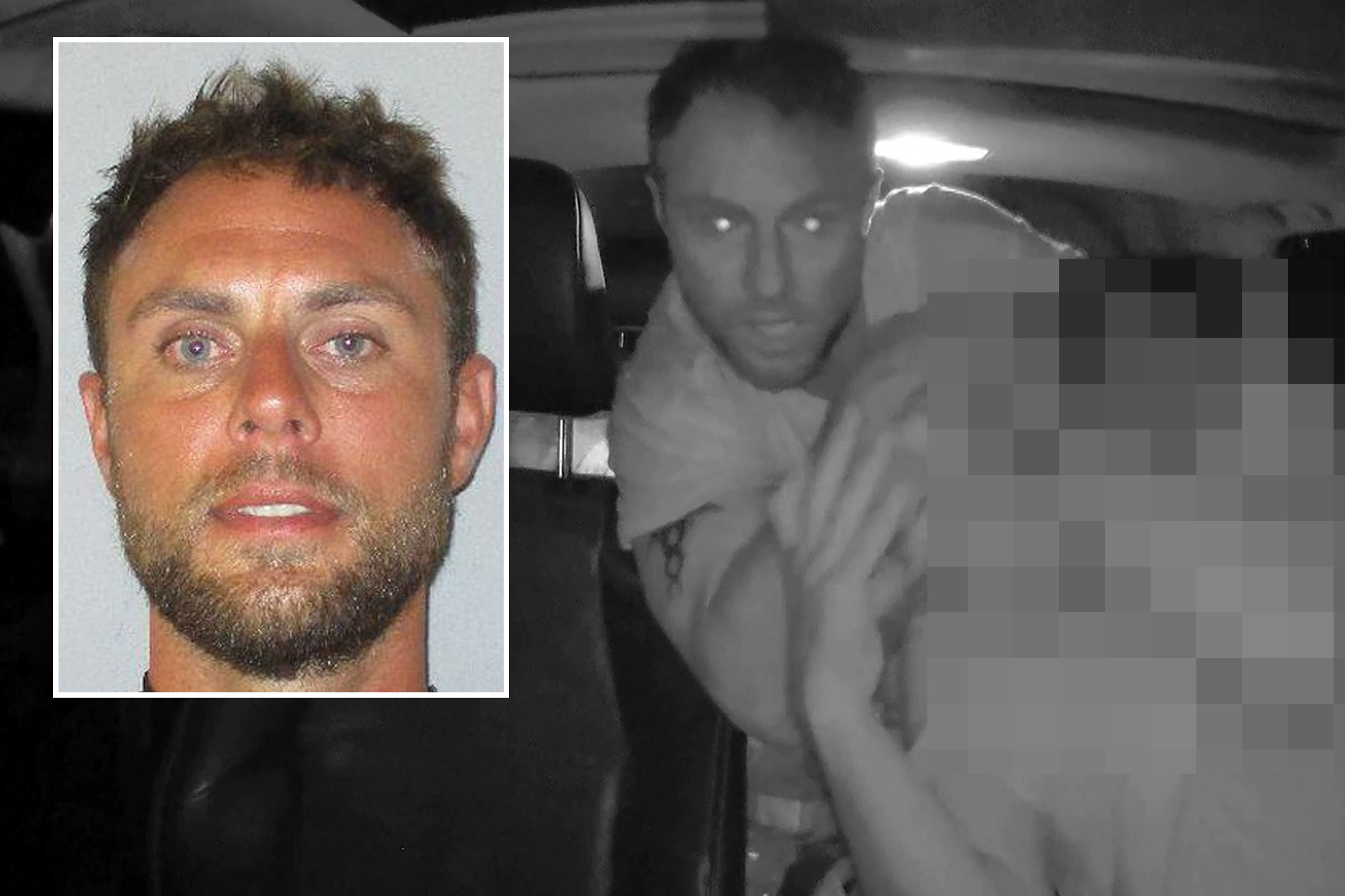 A drunken man attacked a Lyft driver in Florida over his plastic partition to protect himself from COVID-19, putting the man in a chokehold from the backseat, wild video shows.

The footage released by the Flagler County Sheriff’s Office shows Travis S. Smith, 36, chatting it up with a Lyft driver just after midnight Sunday as he traveled with a friend and his friend’s 7-year-old son.

The ride appears to be unremarkable at first, but Smith then asks the driver about the plastic partition, saying he “really liked” how well it sealed up the vehicle. The driver, in turn, says he bought it on eBay, the clip shows.

“Yeah, I did it myself,” the driver replies before explaining he needed it for protection amid the coronavirus pandemic.

Smith then asks the driver again if he installed the barrier he got “off Amazon,” seemingly unaware that the conversation is going in circles, video shows.

Smith then accuses the driver of being a “liar” after saying he had seen the same partition in other ride-shares he had taken.

The car’s interior light then turns on as Smith accuses the driver of putting it on, video shows.

“Did you open the door, man?” the driver asks, to which Smith mutters he had not.

Smith then puts his hand on the interior light while appearing to talk to his friend. He then tears down the plastic partition and attacks the driver, putting him in a chokehold from the backseat, the footage shows.

Smith’s friend yells “get that motherf–ker” as he gets out of the car with his young son, who is crying by that time. Smith then hops out of the car as the driver yells for someone to call police, according to the clip.

Smith later told responding deputies the fight broke out after the Lyft employee started driving erratically, claiming he attacked the man to protect himself, his friend and the man’s young son.

“This drunk attacked an innocent driver and put numerous lives in danger,” Flagler County Sheriff Rick Staly said in a statement. “These rider-share services can quickly become dangerous and drivers should be cautious of who they let in their vehicle.”

The driver had minor injuries after the attack, including a hematoma to his forehead, deputies said.

Travis Smith, 36, attacked a Lyft driver after Smith became enraged over the plastic barrier installed in the car for COVID-19 protection.FCSO

Smith was charged with battery and child abuse for putting the child’s life in danger in a moving car. He was released after posting $7,500 bond, deputies said.

Smith’s friend and his son, meanwhile, got a courtesy ride to their hotel following the incident, sheriff’s officials said.

California seems to be profitable struggle in opposition to Covid-19. How lengthy will it final?