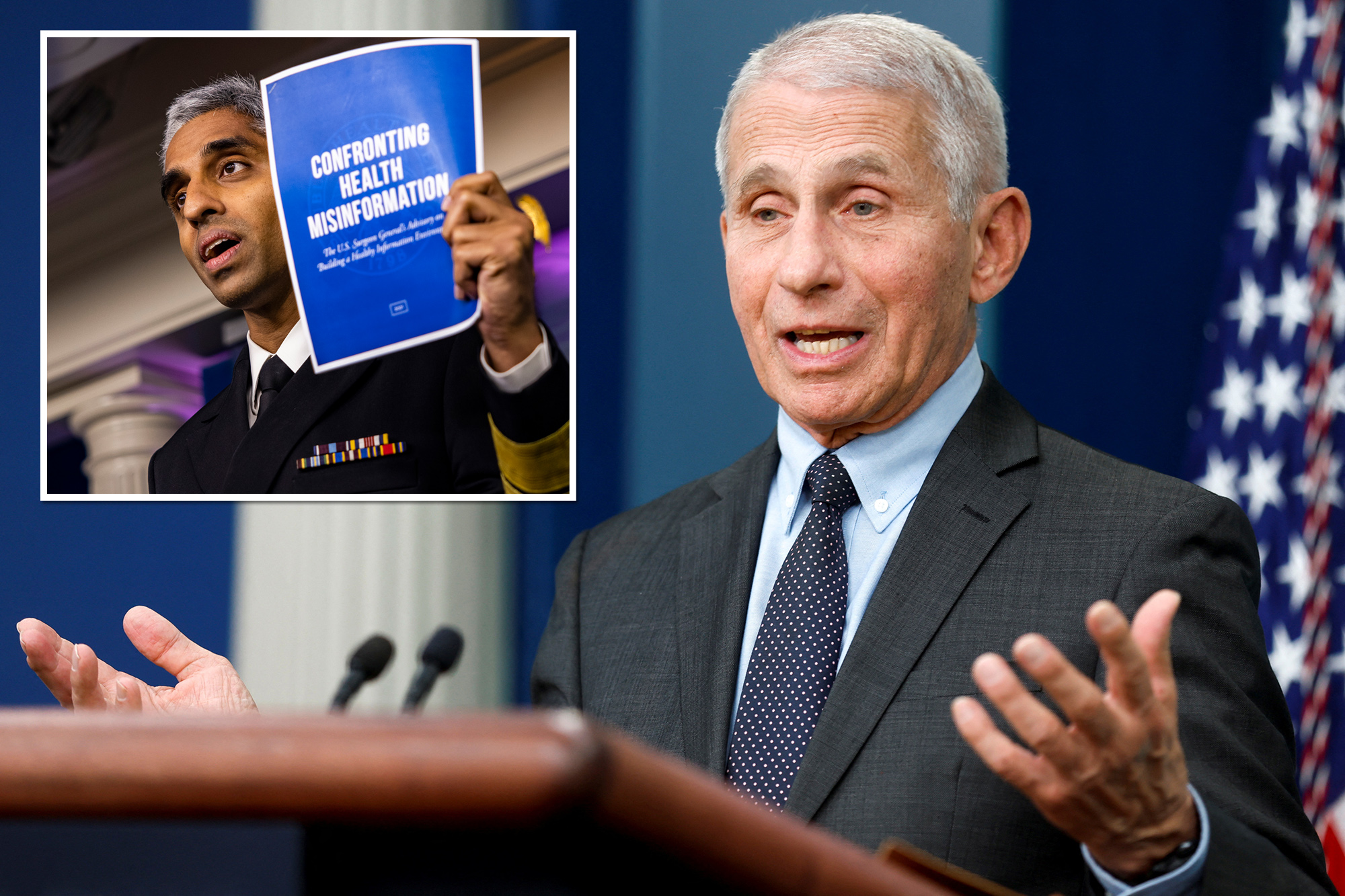 WASHINGTON — Dr. Anthony Fauci was quizzed for seven hours Wednesday by the Republican attorneys general of two states as part of a lawsuit alleging that he and other White House officials leaned on social media companies to limit debate about COVID-19 during the height of the pandemic.

“One thing is clear from the 7 hour deposition of Dr. Fauci today,” Missouri Attorney General and US Senator-elect Eric Schmitt proclaimed on Twitter. “When Fauci speaks — social media censors.”

Schmitt and Louisiana Attorney General Jeff Landry were cleared last month by a federal judge to question the 81-year-old White House chief medical adviser, who is due to retire next month.

“Since we filed our landmark lawsuit, we have uncovered documents and discovery that show clear coordination between the Biden Administration and social media companies on censoring speech, but we’re not done yet,” Schmitt said in a statement Tuesday. “We plan to get answers on behalf of the American people. Stay tuned.”

“We all deserve to know how involved Dr. Fauci was in the censorship of the American people during the COVID pandemic,” Landry chimed in. “And I will continue fighting for the truth as it relates to Big Government colluding with Big Tech to stifle free speech.”

Dr. Anthony Fauci sat for a deposition as part of a lawsuit alleging that he and other White House officials pressured social media companies to censor users’ posts related to COVID-19.REUTERS/Jonathan Ernst

The suit brought by Schmitt and Landry in May alleges that the White House engaged in a “censorship enterprise” in which federal officials worked in tandem with social media giants like Facebook and Twitter to restrict the circulation of statements deemed “misinformation” about topics including the coronavirus, the 2020 election and The Post’s reporting on Hunter Biden’s foreign business interests.

In late August, Schmitt and Landry charged that “dozens of federal officials across at least eleven federal agencies” including the departments of Health and Human Services and Homeland Security — as well as the Census Bureau, the Food and Drug Administration, the FBI, the State Department, and the Treasury Department — were aware or took part in the initiative.

In October, Louisiana US District Judge Terry Doughty agreed with Schmitt and Landry that both Fauci and former White House press secretary Jen Psaki should be deposed.

“Plaintiffs assert that they should not be required to simply accept Dr. Fauci’s ‘self-serving blanket denials’ that were issued from someone other than himself at face value,” Doughty wrote. “The Court agrees.”

The judge added that Fauci “no doubt” engaged in communications with “high-ranking social media officials,” while Psaki had admitted during a July 2021 White House briefing that the administration was “flagging problematic posts for Facebook that spread disinformation.”

“‘The major platforms have a responsibility related to the health and safety of all Americans to stop amplifying untrustworthy content, disinformation, and misinformation, especially related to COVID-19, vaccinations, and elections,’” Doughty wrote in his order, quoting Psaki from a May 2021 press conference.

The three-judge panel ruled that the lower court had not properly examined whether the information sought by Schmitt and Landry could be obtained through other means, “such as further written discovery or depositions of lower-ranking officials.”

The Fifth Circuit Court of Appeals blocked an order for Surgeon General Vivek Murthy and other officials to be deposed.Samuel Corum / Pool via CNP / SplashNews.com

“It is not enough, as the district court found, that these officials may have ‘personal knowledge’ about certain communications,” the appeals court added. “That knowledge may be shared widely or have only marginal importance in comparison to the ‘potential burden’ imposed on the deponent.”

Psaki’s deposition is set for Dec. 8, though the now-MSNBC host has launched a legal battle to block the interview from taking place.

A Kentucky man is going through $569,000 in fines after being accused of violating Canada’s COVID-19 guidelines