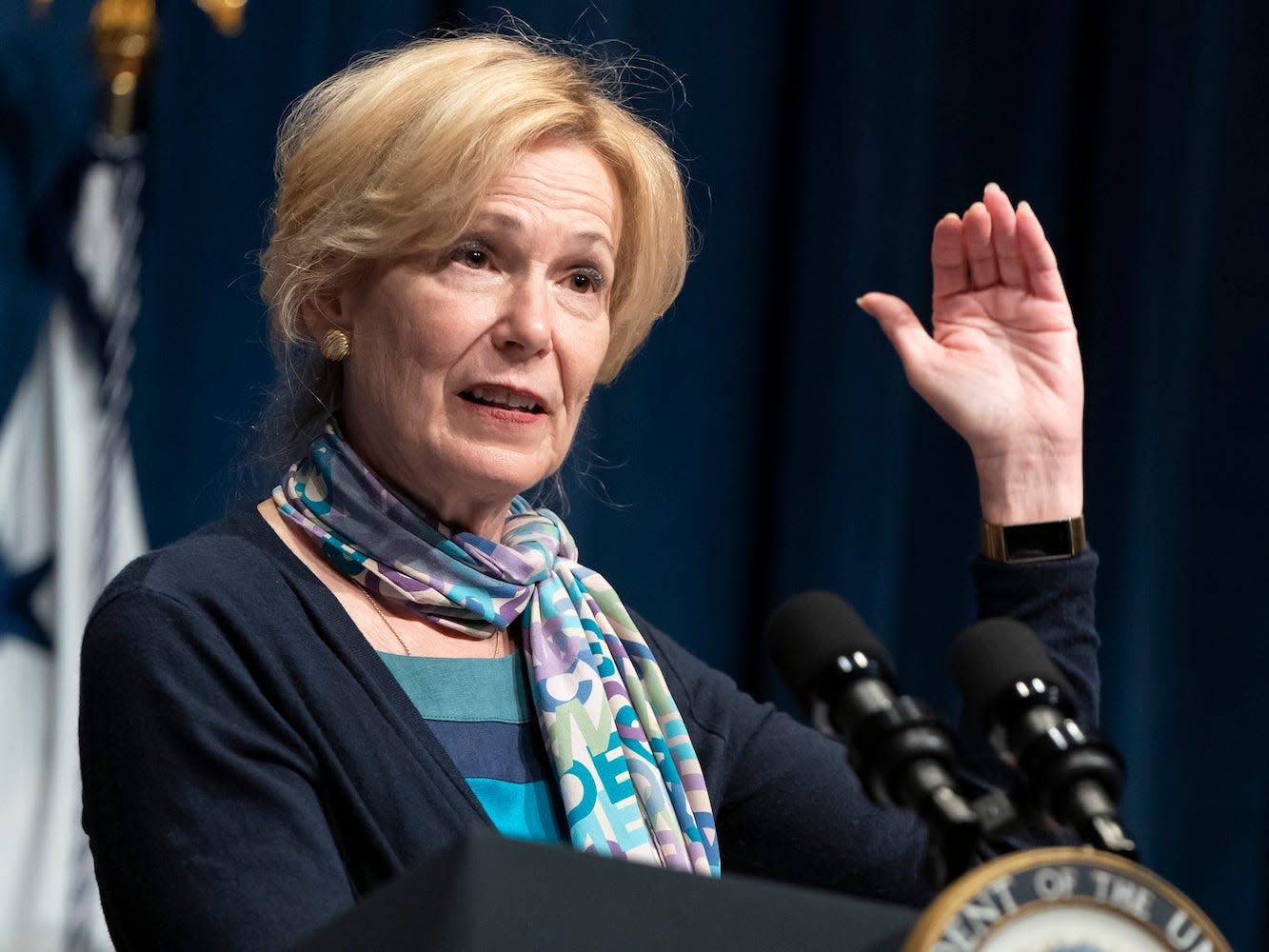 During a CNN interview, she said everything after the first surge could’ve been mitigated.

But some people, including Rep. Ted Lieu, responded by accusing her of enabling Trump.

Dr. Deborah Birx, a former member of the White House coronavirus response team, said thousands of Americans died preventable COVID-19 deaths and that everything after the initial surge could’ve been mitigated.

Birx was speaking during an interview with CNN’s Dr. Sanjay Gupta for the network’s upcoming coronavirus documentary that airs Sunday.

A clip of Birx’s comments was shared on Saturday.

“I look at it this way: The first time we have an excuse. There were about 100,000 deaths that came from that original surge,” said Birx, who served under the Trump administration. “All of the rest of them, in my mind, could have been mitigated or decreased substantially.”

According to Birx, more than 80% of American deaths could have been mitigated: At this point, nearly 550,000 people in the US have died from COVID-19, per Johns Hopkins University data. The US reached 100,000 deaths by the end of May 2020.

Birx was a controversial member of the coronavirus task force and was often criticized for not explicitly pushing back on President Donald Trump when he contradicted the advice of public health officials and medical experts on preventing coronavirus transmission.

Some of that criticism resurfaced Saturday as the clip of her CNN interview made the rounds on Twitter.

Democratic Rep. Ted Lieu of California, who also served as an impeachment manager against Trump in January, accused Birx of being partly responsible for preventable deaths.

“The malicious incompetence that resulted in hundreds of thousands of unnecessary deaths starts at the top, with the former President and his enablers,” Lieu said in a tweet. “And who was one of his enablers? Dr. Birx, who was afraid to challenge his unscientific rhetoric and wrongfully praised him.”

Many others on Twitter chimed in as well, accusing Birx of being complicit. Some also recirculated an old clip from March 2020 in which Birx praised Trump as being “attentive to the scientific literature and the details and the data.”

She has since said she liked working on the road under the Trump administration because she wasn’t “censored” like she was at the White House.

Some accused Birx of being “complicit” by not pushing back against Trump. Joshua Roberts/Getty Images

Another doctor interviewed by CNN Saturday said he agreed with Birx about the preventable COVID-19 deaths, but that it “happened on her watch.”

“She was the White House pandemic coordinator. This was her job,” Dr. Jonathan Reiner of George Washington University said. “And if things weren’t being done to her liking, her duty was to stand up and speak up.”

As for how many deaths were preventable, Reiner compared the US to Germany, a country he says had a “mediocre” pandemic response. And yet if the US had a similar number of deaths per capita as Germany did, only 300,000 Americans would be dead.

“A quarter of a million Americans would be alive today,” he said.

Have a news tip? Contact this reporter at kvlamis@insider.com.

Pfizer, Moderna may defend in opposition to Indian COVID-19 variant