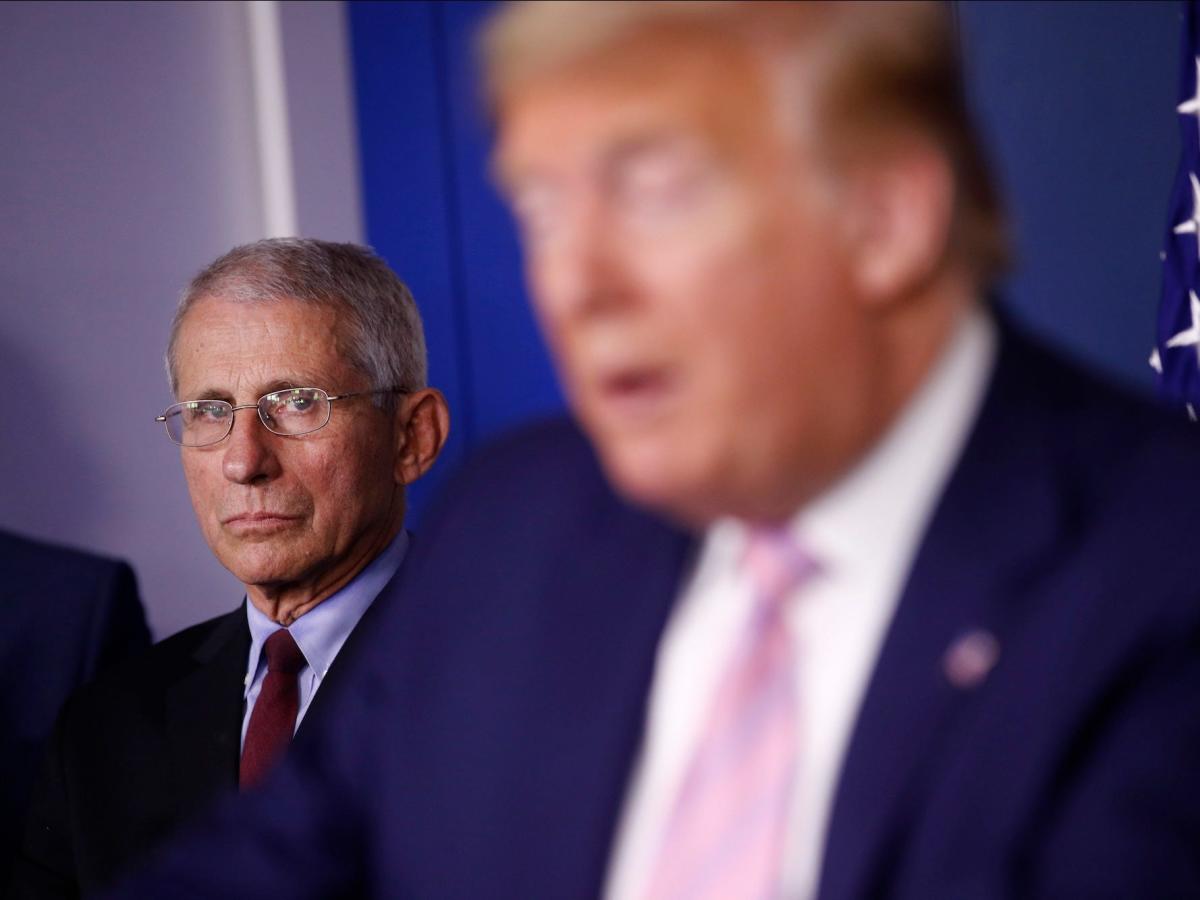 Fauci said he had a “bad feeling” ahead of Trump’s presser where he spoke of COVID-19 and disinfectants.

“And as soon as I heard it, I said, holy [expletive], this is going to go bad,” Fauci told ABC News.

For much of 2020, Fauci was a fixture on the televised White House COVID-19 briefings.

Dr. Anthony Fauci, the nation’s top expert on infectious diseases, said in a recent interview that he developed a “bad feeling” ahead of an April 2020 White House briefing where then-President Donald Trump floated the idea of potentially treating COVID-19 with disinfectants.

While speaking with ABC News journalist Jonathan Karl, Fauci said that he was in the White House before the meeting was about to start, but decided not to join Trump on the podium, where he would have been seen by millions of Americans who were looking to the federal government to get answers about the pandemic during its earliest weeks.

“I didn’t want to go up on there with this because I had a bad feeling about when Homeland Security brought this guy in, he briefed the people in the Situation Room beforehand. And as soon as I heard it, I said, holy [expletive], this is going to go bad. Why don’t I bow out of this one?” Fauci said.

Trump erroneously suggested that injections of disinfectants inside humans could serve as a treatment for the coronavirus.

“And I then I see the disinfectant, where it knocks it out in one minute and is there a way you can do something like that by injection inside, or almost a cleaning. Because you see it gets in the lungs, and it does a tremendous number on the lungs,” the then-president said at the time.

Trump later said he had expressed sarcasm in his remarks about the disinfectants.

When Karl asked Fauci what he would have done if he’d been standing beside Trump, he gestured and said he would have had to signal a time-out using his hands.

Fauci was at one time a fixture of the White House press briefings for much of 2020.

However, after a conservative backlash to many COVID-19 mitigation policies, including government-mandated lockdowns and school closures, Fauci’s broad appeal became much more polarized.

By the time President Joe Biden took office last year, Fauci had become a recurring political target for many GOP lawmakers, who sought to tussle with him in congressional hearings and tie him to their concerns about the origins of COVID-19.

Fauci announced in August that he would step down from his roles with the National Institute of Health and in the Biden administration in December.

You will have to be vaccinated if you wish to take a cruise, however you do not want the COVID-19 vaccine for all journey