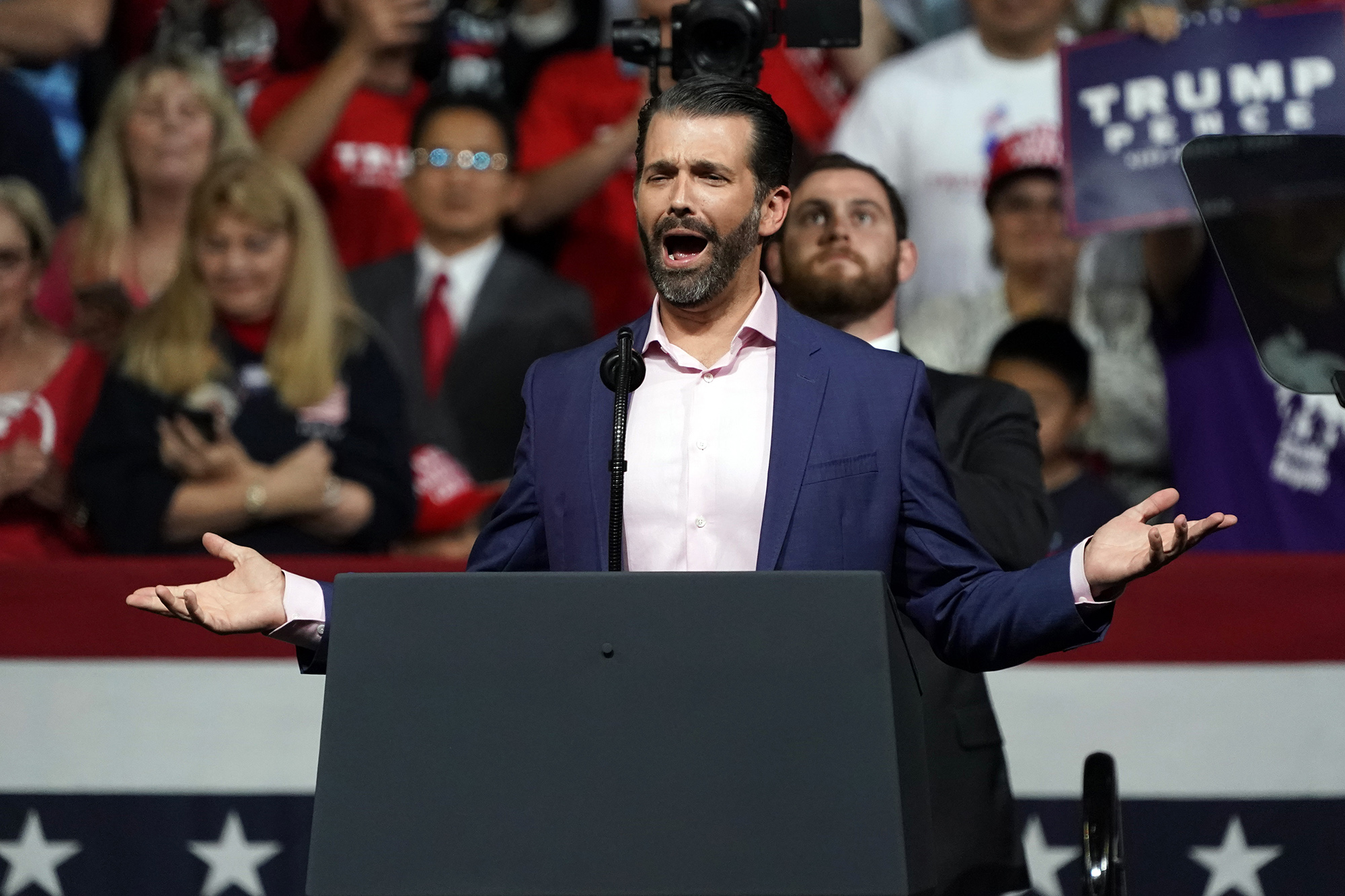 Donald Trump Jr. has been temporarily suspended from Twitter, his spokesperson alleges.

Surabian said in a statement that the suspension was “further proof that Big Tech is intent on killing free expression online and is another instance of them committing election interference to stifle Republican voices.

“While there is indeed much disagreement in the medical community about the efficacy of Hydroxychloroquine in treating coronavirus, there have been studies reported on by ‘mainstream’ outlets like CNN, suggesting that it may in fact be an effective treatment. Those pretending otherwise are lying for political reasons,” he continued.

The first son’s spokesperson also shared a screenshot on Twitter from Don Jr.’s account on the social media platform with the message, “We’ve temporarily limited some of your account features.”

The message went on to warn that a tweet of Trump Jr.’s from Monday evening had violated “the policy on spreading misleading and potentially harmful information related to COVID-19.”

In the now-removed tweet, Trump Jr. wrote, “This is a much watch!!! So different from the narrative that everyone is running with.”

“We did not suspend the account. The screenshot shared directly says that Twitter required the Tweet to be deleted because it violated our rules, and that we would limit some account functionality for 12 hours.”

Surabian hit back at the social media platform for their denial, mocking their definition of a suspension in a post on his own Twitter.

“When the features ‘temporarily limited’ are the abilities to tweet and retweet, what would you call that?” Surabian wrote.

“Anyone with a functioning brain would call it a suspension, despite the BS word games @Twitter is playing here.”

Twitter has been accused of conservative censorship in the past. In May, the site added fact-checking footnotes to two of President Trump’s tweets on mail-in voting in the form of hyperlinks with the text “Get the facts about mail-in ballots.”

The decision from Twitter immediately outraged the commander-in-chief, who claimed his free speech was being violated. Within one day, Trump signed an executive order aiming to curtail the legal liability protections of social media sites that he said censored Republicans.

The president went on to declare, “We can’t let this continue to happen, it’s very, very unfair.”