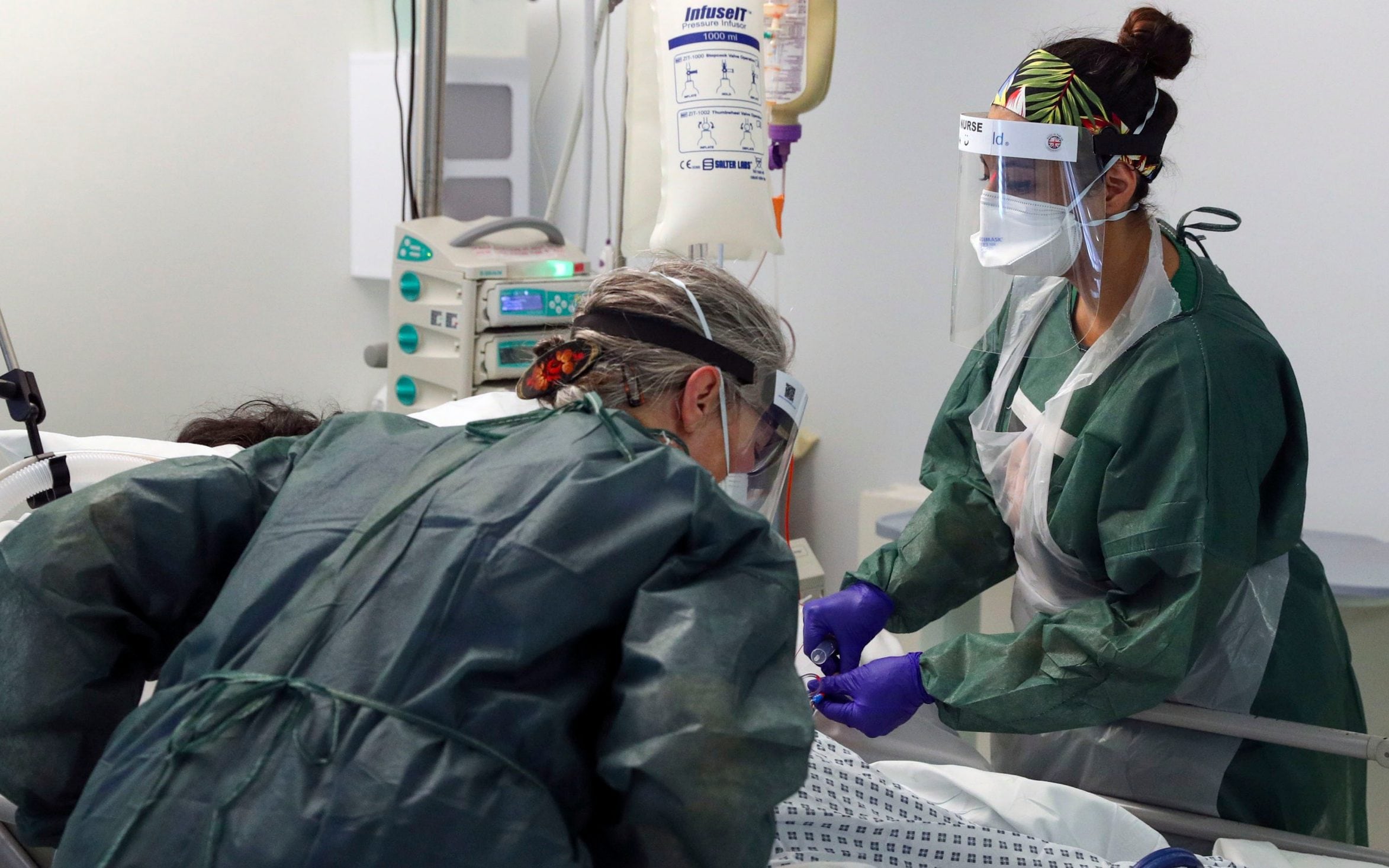 The death rate after elective surgery soars if a patient catches Covid, a new study has revealed, as doctors say non urgent procedures should be postponed. – Steve Parsons

The death rate after elective surgery soars if a patient has Covid-19, a new study has revealed, as doctors say non urgent procedures should be postponed.

The study, published in The Lancet, revealed that among patients with Covid-19 who underwent elective surgery the death rate was 18.9 per cent.

Researchers conducted an observational study of 1,128 patients across 24 countries between January 1 and March 31 this year.

The study included data from hospitals mainly in Europe and America with ongoing coronavirus outbreaks.

In April, Imperial College London modelled the death rates for the virus, with the overall death rate of those in hospital hovering at around 1.3 per cent.

A 2013 study, also by Imperial College, into elective procedures conducted in NHS hospitals in England between 2008 and 2011, found that the overall mortality rate was 0.67 per cent.

Lead author of the new study, Dr Aneel Bhangu, from the University of Birmingham in the UK, said that the thresholds for surgery “should be raised, compared to normal practice”.

She added: “Medical teams should consider postponing non-critical procedures and promoting other treatment options, which may delay the need for surgery or sometimes avoid it altogether.”

“Future studies should assess the role that preoperative testing could play in deciding which patients are selected for surgery.”

The study also found that post-operative pulmonary complications occurred in 51.2 per cent of coronavirus patients who underwent surgery.

Among patients with Covid-19 who underwent surgery, 23.8 per cent died within 30 days.

Of those with pulmonary complications, 38 per cent, 219/577 died within 30 days of their surgery.

As well as being male or aged 70 or older, patients with comorbidities and those undergoing cancer surgery, emergency or major surgery were among the most vulnerable.

The patients included in the study had tested positive for Covid-19 within seven days leading up to their operation, or 30 days following surgery.

However, they note that it was not feasible for participating hospitals, many of which were experiencing significant stress due to the pandemic, to collect data on all patients undergoing surgery.

Therefore comparisons were not made during the same period against patients not infected with the virus.

Instead, the authors provide comparisons to pre-pandemic mortality rates and pulmonary complications, which should be interpreted with caution.

The authors note that it has some limitations including that the data were collected at the early stages of the pandemic, when routine testing was not available at all locations.

Coronavirus began spreading in US as early as late January: CDC