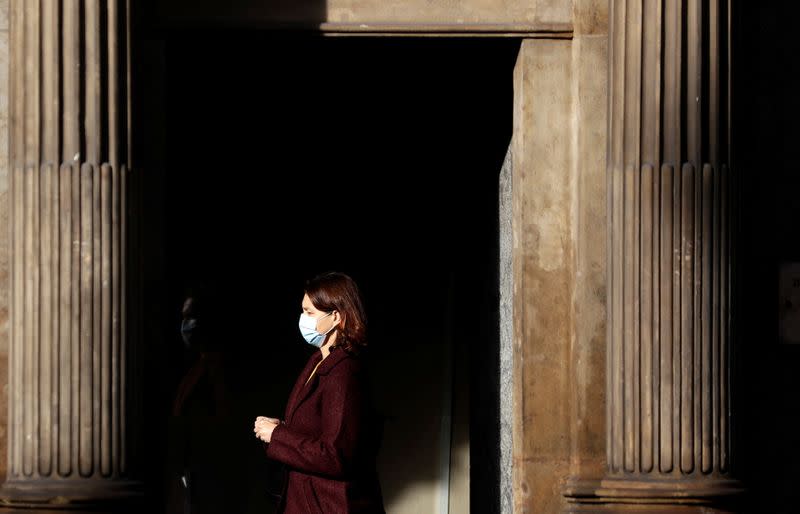 PRAGUE (Reuters) – The Czech Republic will get 30 ventilators from the European Union and is seeking more help and equipment abroad to help grapple with the continent’s worst outbreak of the new coronavirus, Prime Minister Andrej Babis said on Thursday.

The country of 10.7 million has seen daily cases soar to nearly 15,000, and the government fears a spike in hospitalisations could overwhelm its health system within two or three weeks unless the trend is broken soon.

Hospitals were treating 4,417 coronavirus patients as of Wednesday, a four-fold increase this month, and have cut most non-urgent care.

The government has sought to boost numbers of beds, equipment and personnel, including at a 500-bed field hospital in Prague, with the aim of being able to take in 15,500 COIVD-19 patients at once.

“Commission President (Ursula) von der Leyen called to tell me a little while ago that the European Commission will … immediately supply us 30 ventilators from EU crisis stocks, and that it will connect us with other EU member states which will offer us their free capacities,” Babis tweeted.

“Thank you for solidarity and very quick reaction. We highly appreciate the help.”

The government agreed a plan to bring a team of 28 U.S. National Guard medical staff to help in Czech hospitals, and was in talks with Germany to possibly provide 100 medical staff.

“The growth (in hospitalisations) is really so strong that there is a threat of our system being overwhelmed, and we probably will not manage without this help,” Health Minister Roman Prymula told a news conference.

“It is not just the capacity of our system, but, unfortunately, the medical staff, they are increasingly either infected or in quarantine.”

He said the government had agreed to buy 2,000 beds, of which 500 are for patients on ventilation, and secure at least 660 ventilators in total.

Apart from the EU supply, the country was talking to NATO to get more through the defence alliance, Prymula said.

It has also ordered 1,500 oxygen machines.

The country’s hospitals have about 1,900 standard ventilators used for COVID-19 and other patients, of which nearly half were available as of Wednesday. A crowd-funded ventilator developed by Czech scientists in the spring was granted emergency certification on Thursday.