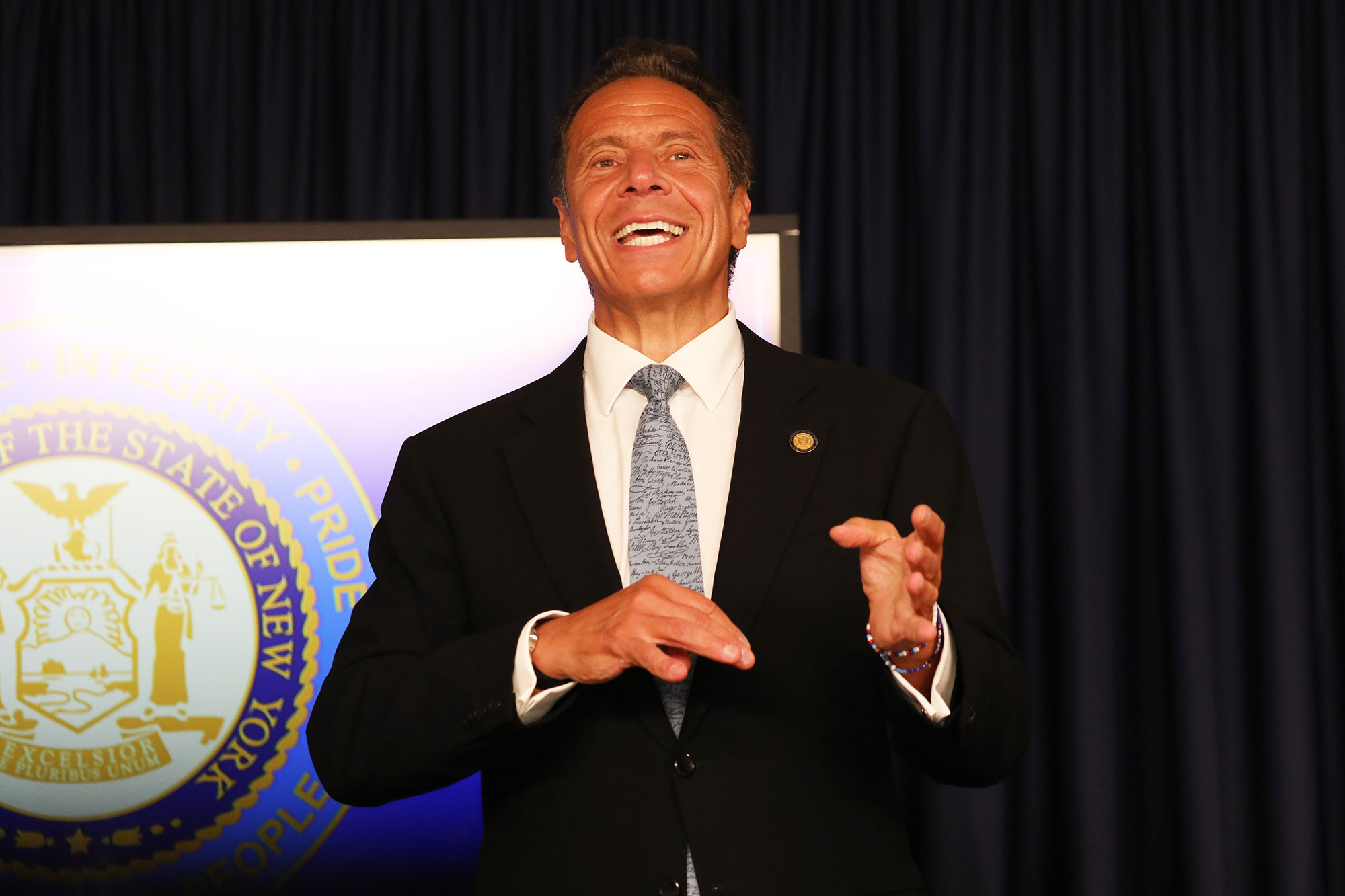 They are gonna need a really long pen …

Gov. Andrew Cuomo wants bar-goers to keep their distance and even eat a meal to curb the coronavirus pandemic — but he’s fine with candidates for elected office approaching voters to sign their nominating petitions to get on the ballot.

Two candidates seeking independent ballot status sued Cuomo and the state Board of Elections in Manhattan federal court, claiming it’s dangerous and life-threatening to require candidates and their volunteers to collect in-person signatures for their nomination petitions during the pandemic.

Josh Eisen is seeking to run on an independent ballot line in the 17th congressional district covering Westchester and Rockland counties, and child victims advocate Gary Greenberg wants to run on a third- party line for state Senate in the 46th district covering the Hudson Valley and Capital District.

“Due to the COVID-19 Pandemic, the period for the collection and submission of such signatures was delayed while New York State was at the peak of its infections and death,” said Farber, who urged the court to dismiss plaintiffs’ request for a preliminary injunction of the governor’s order.

“Now thankfully, New York has been able to carefully re-open and the entirety of the 17th Congressional District has been in Phase Four for over two weeks. Petition signatures can now be obtained safely, subject to complying with public health and social distance guidelines,” he said.

Cuomo’s lawyer noted the governor’s recent order also slashes the number of voter signatures required for independent nominating petitions by 30 percent to earn ballot status in the general election — from 3,500 to 2,450 for Congress and 3,000 to 2,100 signatures for state Senate during a shortened petitioning period.

While the pandemic raged in the spring, Cuomo issued an executive order that slashed the number of voter signatures major party candidates were required to collect by 70 percent.

But Eisen told The Post that Cuomo’s legal defense is at odds with other strict public health measures he has imposed — from travel restrictions and quarantines for out-of-state visitors to barring bars and restaurants from serving alcoholic drinks without food,  banning large gatherings and shutting down entertainment venues to rein in COVID-19.

“It’s hypocrisy. He’s taken this cautious approach. He’s steered a conservative approach toward saving human lives,” Eisen said. “He was all in — now he’s sending people out to spread the virus.”

Eisen’s suit says, “Gathering signatures during the COVID-19 outbreak endanger not only the health but also the lives of petition-circulators, potential signers, and the public at large.

“Even if it were feasible to safely gather signatures during the current public health emergency, it is unlikely that petition-circulators would be able to gather signatures in a safe and efficient way because there are fewer people congregating in public places and fewer people are likely to open their doors to strangers who come knocking.”

The governor’s lawyer said the petitioning process was in line with other activities allowed in Phase 4 of the COVID-19 recovery, such as the reopening of “most businesses and houses of worship … subject to appropriate social distancing guidelines, mask-wearing, and the like.”

“The State of New York is entitled to impose reasonable measures to determine whether a candidate has real support among members of the voting public …The EO [executive order] has reasonably balanced the interest of maintaining public safety and ensuring an orderly election, where independent candidates have shown sufficient public support to appear on the ballot,” Farber said.

Farber said the candidates’ claim of harm “ring hollow” and provide “no basis” for the court to exempt them from the petitioning requirements.