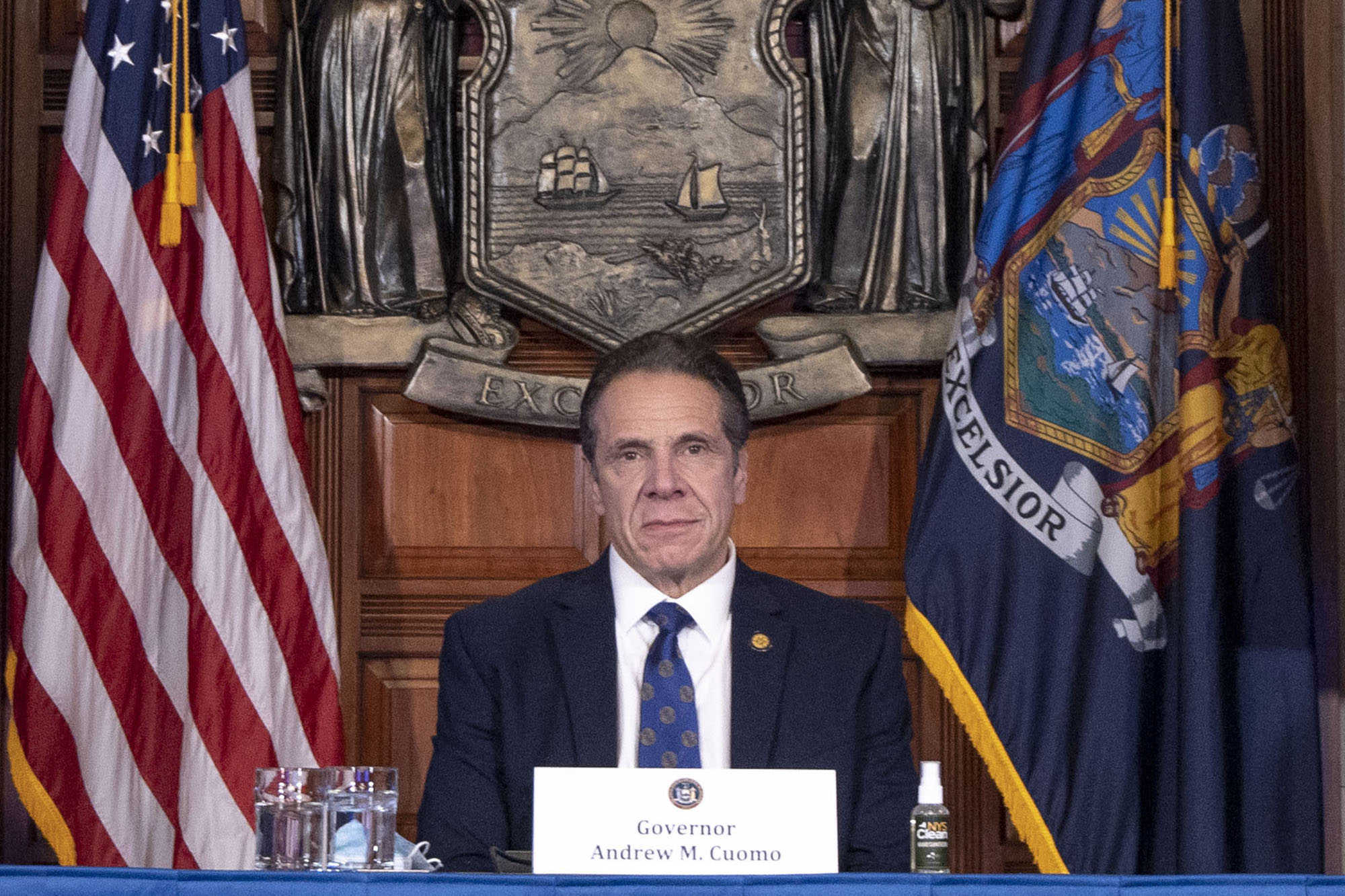 Gov. Andrew Cuomo on Sunday called it “reprehensible” and “grossly negligent” to allow UK travelers to fly into JFK Airport without being tested despite a contagious new mutation of the coronavirus shutting down London.

“Right now, this variant in the UK is getting on a plane and flying to JFK,” Cuomo said in a call to reporters Sunday of the mutation UK Prime Minister Boris Johnson has warned could be 70 percent more transmittable.

“Right now. Today,” the governor stressed, calling for the feds to impose coronavirus testing of UK travelers at a “minimum,” if not an outright ban.

“Literally six flights a day. And all it takes is one person,” he said of the possible seed for the new strain’s spread.

So far, France, Germany, Italy, the Netherlands, Belgium, Austria, Ireland and Bulgaria have all announced bans or strict restrictions on UK travelers since Johnson announced London’s lockdown on Saturday.

At least 120 countries also make sure travelers from the UK get a negative test for the coronavirus before letting them in, Cuomo said — saying that Johnson’s sudden lockdown so close to Christmas was a clear sign of how “apparently dangerous” the new mutation has proven.

“We have about six flights a day coming in from the UK. And we have done absolutely nothing,” said Cuomo, who also announced the state has another 9,957 COVID-19 cases and a positive rate of 5.05 percent.

“To me, this is reprehensible, because this is what happens in the spring,” he said, blaming New York’s wild early spread of the contagion on travelers from Europe, rather than directly from the initial epicenter in Wuhan, China.

Some “120 countries require testing, we don’t. Other European countries have done a ban, we haven’t. And today that variant is getting on a plane and landing at JFK,” Cuomo repeated.

“The Port Authority has no authority to ban passengers, health monitor passengers. It’s federal,” he said.

“Doing nothing is negligent. It’s grossly negligent,” he fumed.

“How many times in life do you have to make the same mistake before you learn?”

Cuomo stressed that so far “we do not have any evidence” that the new strain has reached the US — saying that it is a fear that “kept me up last night.”

He also feared that there was only a “working assumption” that the coronavirus vaccines would be effective against the new strain, saying, “the experts have been so wrong … I take it all with a grain of salt, to tell you the truth.”

His statement came shortly after US Assistant Secretary for Health Admiral Brett Giroir insisted there was no reason to do anything other than “continue to watch” news of the spread in the UK.

“I don’t think there should be any reason for alarm right now,” Giroir told George Stephanopoulos on ABC’s “This Week.”

“Viruses mutate. We’ve seen almost 4,000 different mutations among this virus. There is no indication that the mutation right now that they’re talking about is overcoming England,” he insisted, saying it accounted for just “20 percent of cases in one county.”

“And, very importantly, we have not seen a single mutation yet that would make it evade the vaccine,” he said, saying the new shots “should continue to work very robustly against all of these strains.”

UK leader Johnson had on Saturday said that the fast-moving new variant of the virus is 70 percent more transmissible, blaming it for more than 60 percent of new infections in London and surrounding areas.

The World Health Organization tweeted late Saturday that it was “in close contact with U.K. officials on the new #COVID19 virus variant” and promised to update governments and the public as more is learned.

Britain has seen over 67,500 deaths in the pandemic — the second-highest confirmed toll in Europe after Italy — with more than 2 million confirmed cases, according to Johns Hopkins University data.