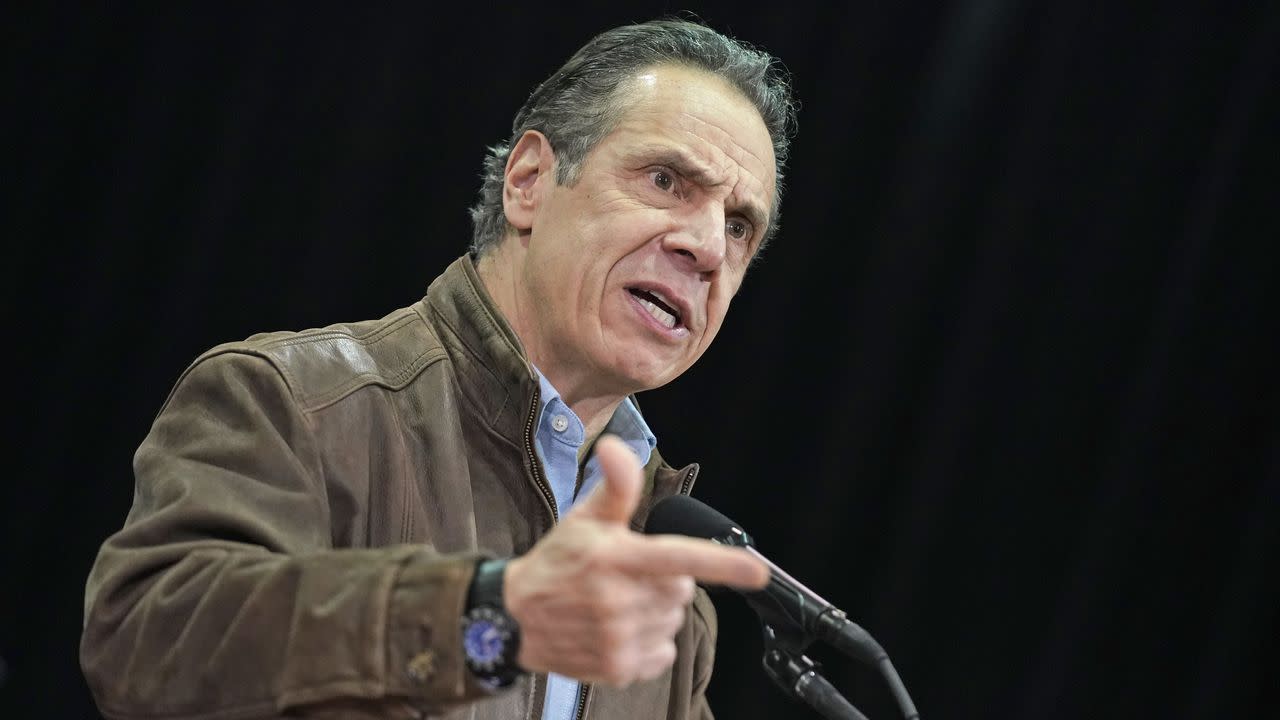 Why it matters: The changes resulted in a “significant undercount of the death toll attributed to the state’s most vulnerable population,” the WSJ wrote.

Get market news worthy of your time with Axios Markets. Subscribe for free.

What happened: According to the WSJ, a draft of report said that nearly 10,000 nursing home residents in the state had died from COVID-19 by July 2020.

But at the urging of Cuomo’s advisers, the version of the report published in July only included the number of residents who died inside nursing homes, not those who had died in hospitals after becoming sick in long-term care facilities, the WSJ reported, citing individuals familiar with the report’s production.

The published version of the report said 6,432 nursing home residents had died.

“The changes Mr. Cuomo’s aides and health officials made to the nursing-home report … reveal that the state possessed a fuller accounting of out-of-facility nursing-home deaths as early as the summer,” the WSJ wrote.

“The Health Department resisted calls by state and federal lawmakers, media outlets and others to release the [full] data for another eight months,” the newspaper added.

In audio leaked last month, a top Cuomo aide said a Democratic request for nursing homes data was rejected because the administration feared it could “be used against us” by federal investigators.

The Justice Department began requesting information about nursing home deaths from New York and other states in August, the WSJ noted.

The July report came after several complaints were made over a March 2020 directive, issued by Cuomo, that prevented long-term care facilities from turning away people who had been discharged from the hospital after being treated for COVID-19, per the Times.

What they’re saying: Beth Garvey, a special counsel and senior adviser to Cuomo, said in a statement Thursday that the “out of facility data was omitted after DOH could not confirm it had been adequately verified.”

Garvey added that “COVID Task Force officials did not request that the report conclude the March 25 order played no role; in fact Task Force Members, knowing the report needed to withstand rigorous public scrutiny were very cautious to not overstate the statistical analysis presented in the report.”

“Overall, ensuring public confidence in the conclusion was the ultimate goal of DOH and the COVID Task Force in issuing the report.”

Gary Holmes, a New York Department of Health spokesperson, said that while “early versions of the report included out of facility deaths, the COVID task force was not satisfied that the data had been verified against hospital data and so the final report used only data for in facility deaths, which was disclosed in the report.”

“While the out of facility deaths were held aside for verification, the conclusions were supported by both data sets,” Holmes added.

The big picture: Cuomo is facing increased scrutiny over his handling of COVID-19 in nursing homes, as well as recent sexual harassment allegations. He apologized on Wednesday for acting in a way that made women feel “uncomfortable,” but insisted that he has “never touched anyone inappropriately.”

On nursing homes, Cuomo has acknowledged that he made a “mistake” in not releasing the full data when lawmakers and others requested it, but he has defended his team’s handling of the pandemic.

The results of an investigation released in January by New York Attorney General Letitia James found that the Cuomo administration undercounted deaths in nursing homes by as much as 50%.

One particular person dies from COVID-19 each 17 seconds in Europe: WHO

A coronavirus variant with a mutation which ‘possible helps it escape’ antibodies is already in not less than 11 nations, together with the US