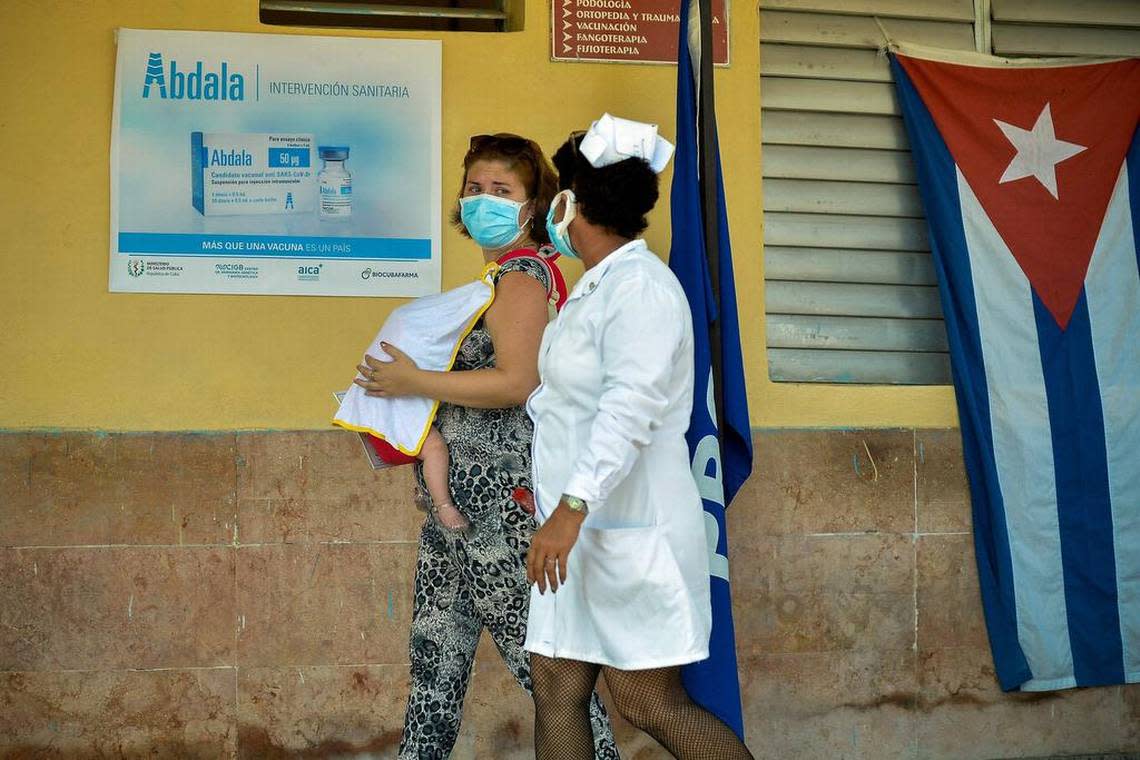 COVID-19 cases in Cuba soared to a record 6,422 on Friday, nearly twice the number registered just a few days ago, while deaths reached 28 as the island struggles to contain the virus in high-transmission areas and in the capital Havana.

The record comes the same day that one of Cuba’s five vaccine candidates, the three-shot Abdala, received local regulatory approval for emergency use, which could help speed up the vaccination campaign in the island that decided to make its own shots rather than buy vaccines from other countries.

About half of all cases occurred in the province of Matanzas, the current epicenter of Cuba’s pandemic, where the beach resort of Varadero reopened to tourism late last year, which likely increased transmission, local health authorities said.

“I don’t have to say that this is the worst day for Cuba since the start of the pandemic,” Dr. Francisco Durán, national director of epidemiology, said in a video conference on Friday.

COVID-19 case numbers have been rising steadily since late last year after Cuba reopened its borders to tourism in November. Total cases since the start of the pandemic reached 219,000 on Friday and 1,431 deaths have been confirmed, according to the Ministry of Public Health. In all of 2020 Cuba said it had just around 12,200 COVID-19 cases.

Cuba opted to develop and produce a homegrown vaccine against the deadly virus, a challenging test for a biotech industry that has suffered from a lack of investment and difficulties posed by the tightening of the U.S. embargo in recent years.

As trials lingered on and rollout plans kept getting delayed, the government in May announced a “sanitary intervention” due to spiking cases and began vaccinating people with the Abdala and the Soberana 02 vaccines, the candidates that were further along in late-stage clinical trials, even before they got official approval.

Cuba’s drug regulatory authority CECMED said in a statement on its website Friday that Abdala “complied with all parameters and requirements in terms of quality, safety and efficacy.”

State pharmaceutical company BioCubaFarma said last month that Abdala had an efficacy rate of 92.28% in protecting people against serious COVID-19 infection after the conclusion of stage III clinical trials. On Thursday, the company said that the two-shot Soberana 02 vaccine, when supplemented with a booster called Soberana Plus, was 91.2% effective in reducing serious illness caused by the virus, according to results of clinical trials.