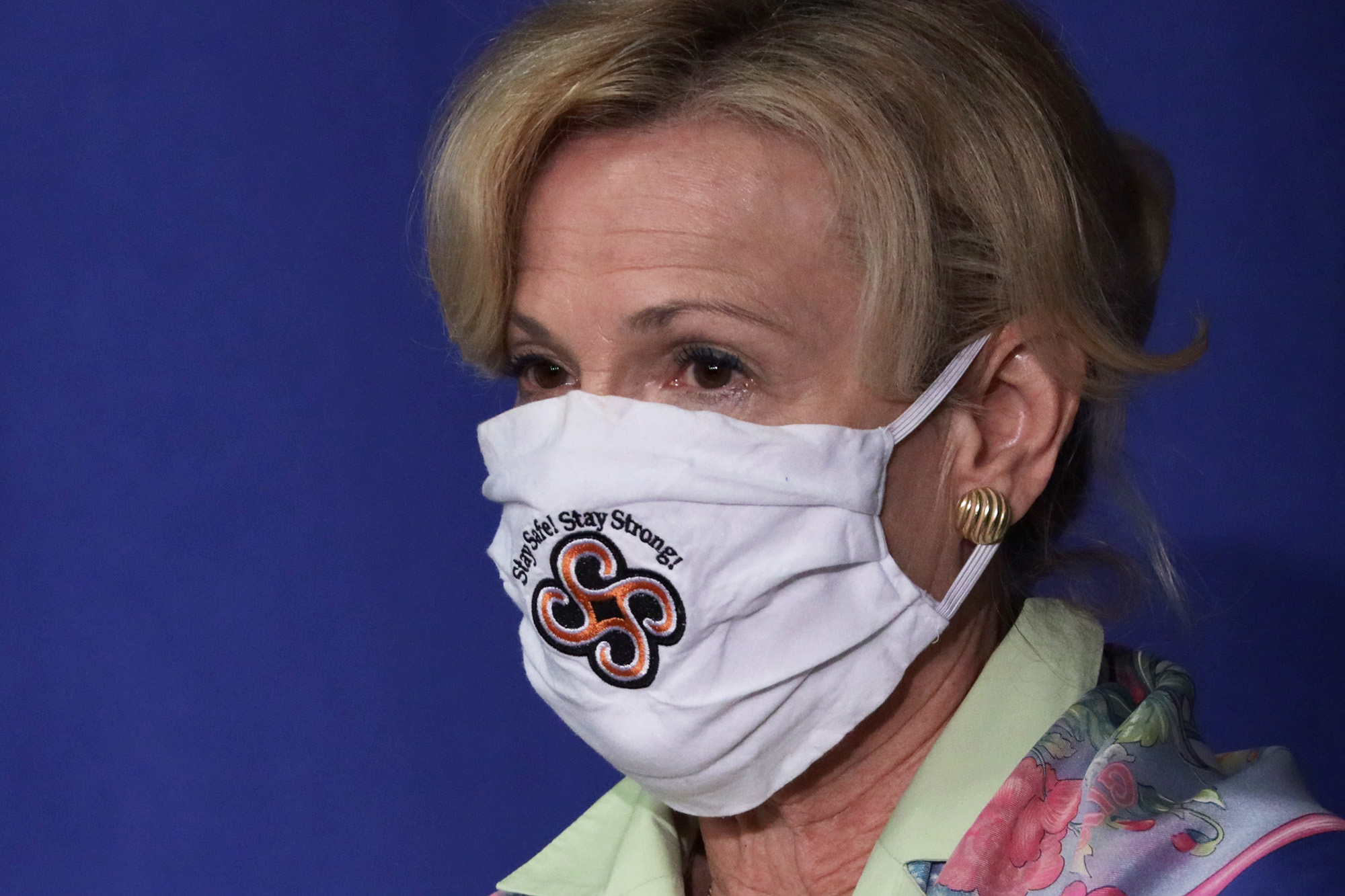 Dr. Deborah Birx, the coordinator of the White House coronavirus task force, said in a TV interview Friday that the pandemic is “very serious and very real” – and voiced concerns about reopening schools during the current surge of the contagion across several states.

“We’re having to respond as an American people, and that’s why you hear us calling for masks and increased social distancing,” Birx told Savannah Guthrie on NBC News’ “Today.”

“It’s hard for people to understand how deeply you have to clamp down … We have to change our behavior now before this virus completely moves back up through the North,” she added as infections surge in Florida, Texas, Arizona and California.

Birx’s comments come as President Trump has resumed the White House coronavirus press briefings — though so far without her presence or that of top infectious diseases expert Dr. Anthony Fauci and other medical professionals.

On Friday, the president urged schools to reopen nationwide as long as they can practice good hygiene and social distancing.

“I hope that local leaders put the full health and well-being of their students first and make the right decision for parents, teachers and not make political decisions. This is about something very, very important,” he said.

In her interview Friday, Birx said it was “still an open question” how much kids under age 10 spread the virus.

“We know that children under 18 are less sick, but there are some that suffer terrible consequences if they have underlying conditions,” she said.

“What I can’t tell you for sure despite the South Korea study is whether children under 10 in the United States don’t spread the virus the same as children over 10,” Birx added.

“I think that is still an open question that needs to be studied in the United States. We certainly know from other studies that children under 10 do get infected, it’s just unclear how rapidly they spread the virus.”

The study she cited found that children under age 10 transmit the bug less than adults — and those between ages 10 and 19 spread it as much as adults.

Birx emphasized Friday that school districts should use new guidelines released by the Centers for Disease Control and Prevention to plan their reopening.

“Knowledge is power, and I think why that was very important that the president yesterday had the map behind him showing where the most recent cases are,” she said on “Today.”

“Those were the cases over the last seven to 14 days really to inform the public there are areas in the United States where cases are rapidly increasing and continue to increase,” Birx said.

“And in those cases and with the new CDC guidelines to really give parents, school administrators, teachers and the county supervisors really an understanding of where they are in the epidemic and what precautions they need to take.”

A 28-year-old volunteer in AstraZeneca’s coronavirus vaccine trial has died, however a report says he was within the management group and given a placebo