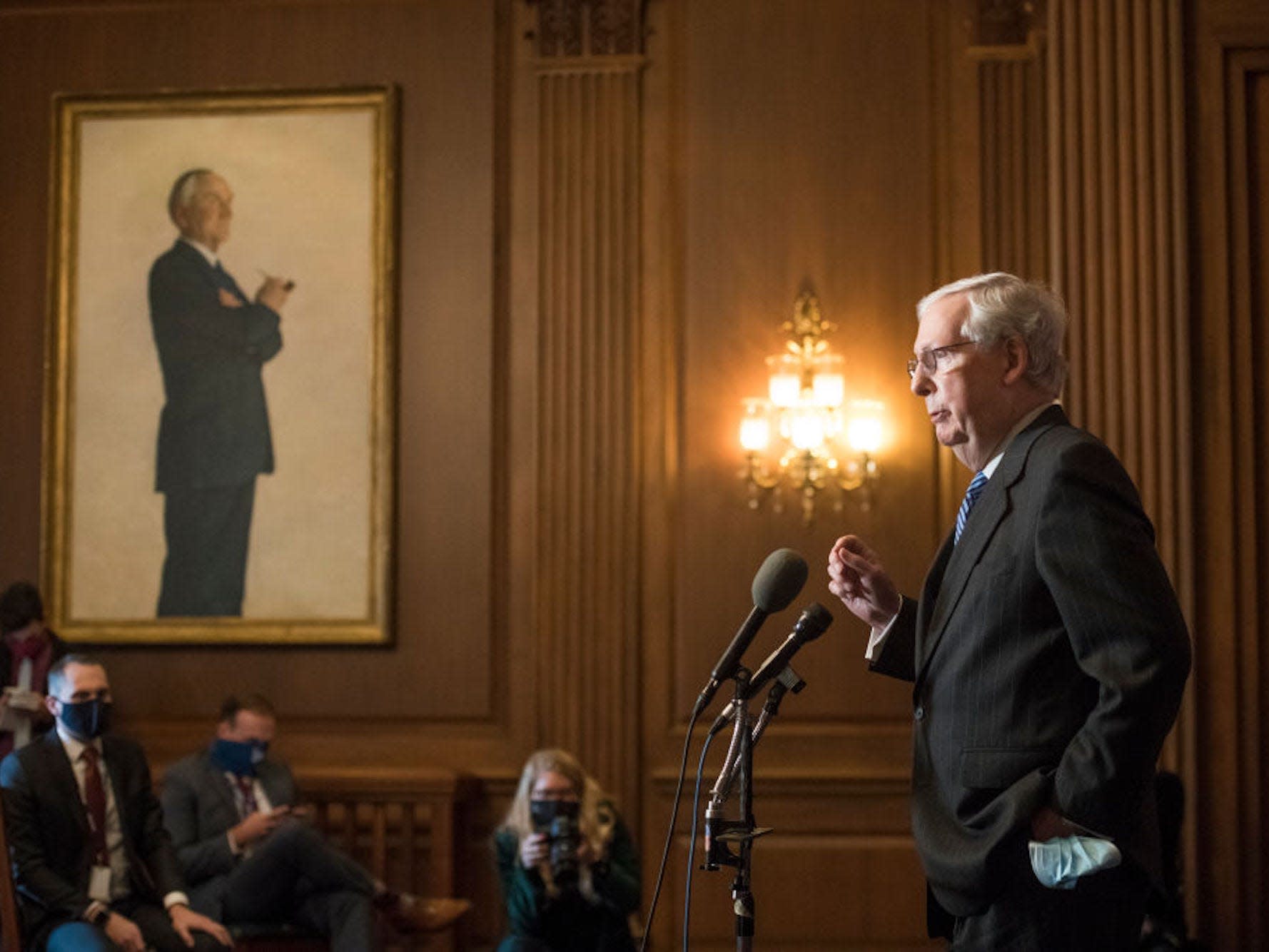 Democrats say the move would hamstring the Biden administration’s capacity to boost the ailing economy.

Last-minute differences between Democrats and Republicans over a COVID-19 stimulus bill have pushed the likely timeline back to at least the weekend.

It came after the GOP’s Sen. Pat Toomey argued for an extra condition to be added to the package, limiting the ability of the Federal Reserve to lend money via emergency programs.

Democrats vigorously oppose the measure, which they say will constrain the incoming Biden administration. The disagreement put a dampener on hopes that a deal was imminent.

Senate Majority Leader Mitch McConnell said Thursday that it was “highly likely” that congressional lawmakers would continue haggling through the weekend.

“We’re going to stay right here until we’re finished, even if that means working through the weekend, which is highly likely, and if we need to further extend the Friday funding deadline before final legislation can pass in both chambers I hope we’ll extend it for a very, very short window of time,” McConnell said on the Senate floor Thursday.

His reference to a Friday deadline was the imminent expiry of measures meant to prevent a partial federal government shutdown. Congress could move to extend the deadline again and remove some pressure.

Congressional leaders had hoped to tie together the pandemic stimulus bill and the federal government funding bill.

Several obstacles to an agreement remain. Lawmakers from both houses of Congress are working against the clock to resolve them, approve the bill, and hand a vital lifeline to the fragile US economy.

Toomey, a GOP Senator from Pennsylvania, on Thursday raised objections over Federal Reserve lending, which he said had the backing of party leaders.

He proposed an extra condition, to restrict Federal Reserve emergency lending programs, which Republicans argue were a temporary measure that is no longer needed.

Toomey said that allowing the Federal Reserve program to continue beyond December 31, when it is supposed to wind up, would mean it would become a lender of first resort, violating the key function of a federal reserve bank.

“It is not the role of our central bank, the Fed, to engage in fiscal policy, social policy or allocating credit,” he said, according to Bloomberg.

Democrats argue the move could restrict the incoming Biden administration’s capacity to provide relief to struggling sectors of the economy.

“Tying the hands of the Fed and Treasury to combat not only the remainder of the current crisis, but future crises as well, would be a terrible mistake,” Sen. Mark Warner of Virginia said in a statement to the Financial Times.

“It would undermine confidence in our ability to respond to economic shocks and set a troubling precedent that erodes the independence of our central bank.”

There are a number of other issues Republicans and Democrats are still haggling over, reported The New York Times.

Eligibility for direct stimulus checks paid to every US citizen, that are likely to be for about $600.

Allocating funds for struggling theaters, music venues, and other live performance spaces, a sector that has been badly hit by the pandemic.

A Democratic request for emergency funding provided through the Federal Emergency Management Agency, which Republicans oppose.

CNN also reported that lawmakers are still debating how long to extend a federal moratorium on evictions.

“We have an agreement on principle. Everybody here on Capitol Hill knows we must get this done,” Gottheimer said. “We’ve been working in a bipartisan way for months, but we got to get it done.”

Vacationers have been shopping for pretend COVID-19 take a look at outcomes to journey, however they in all probability will not work for much longer