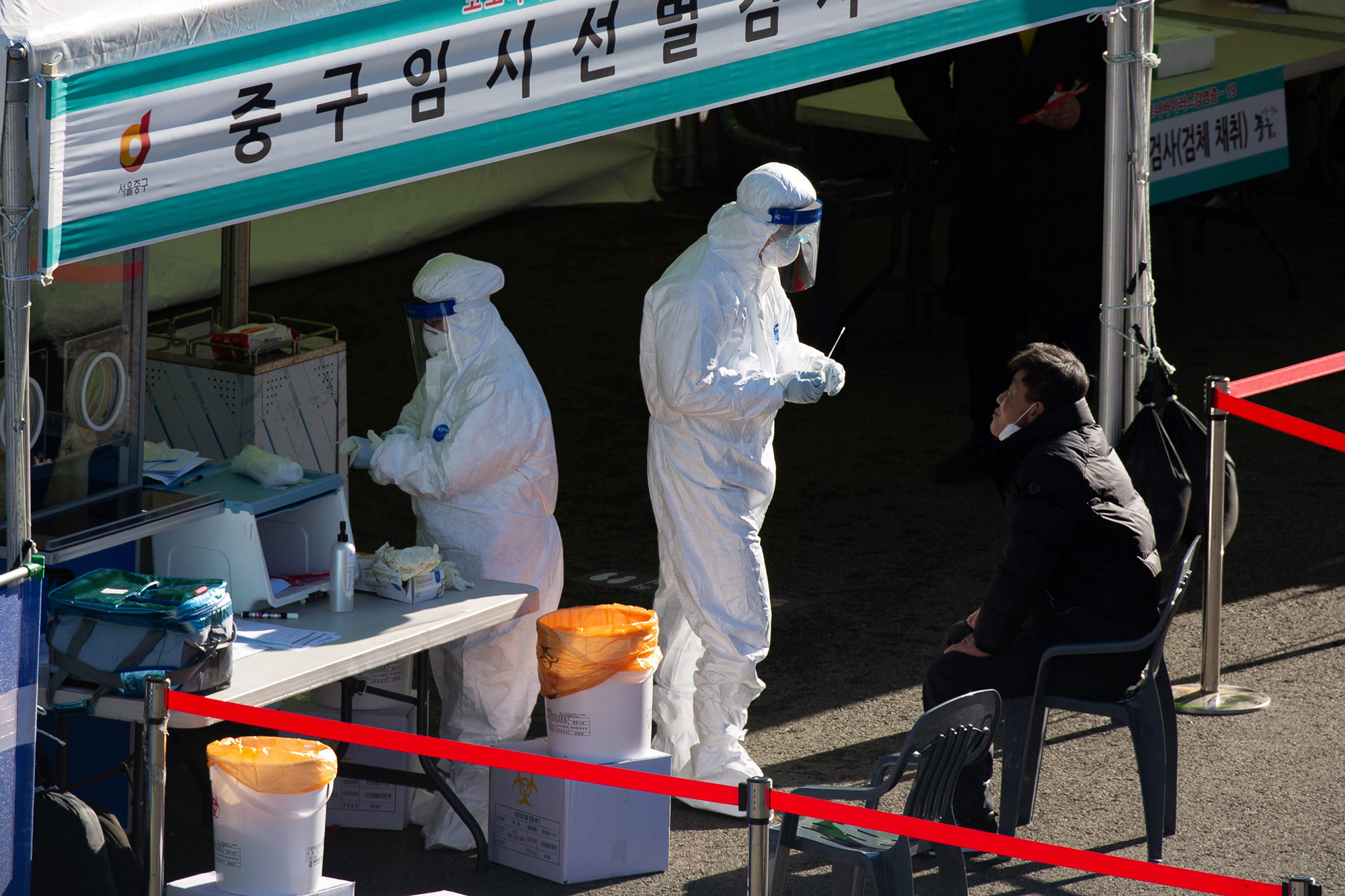 The coronavirus may have spread through the ventilation system at an apartment complex in South Korea where several residents from different households became infected, according to a study.

The cluster was investigated after a series of new COVID-19 cases were identified in August on various floors of the residential complex in Seoul, according to the paper in the International Journal of Infectious Diseases.

On Aug. 23, a woman living on the sixth floor tested positive, followed by her husband and daughter.

The next day, a child who lived in the unit just below went to the hospital for a urologic problem and also tested positive for the virus, researchers wrote.

When yet another woman who lived directly below them on the fourth floor was diagnosed with COVID-19, health officials decided to test all 437 residents.

The mother of the infected child also tested positive, along with two more residents who lived in units directly above them on the 10th and 11th floors, researchers said.

Two more cases were then found in other units on the second and 11th floors of the tower.

Those units aren’t directly above or below the others, but are on the same vertical line as each other and do share the same ventilation system, researchers said.

“All patients reported that they are not acquaintances of each other and denied a history of interpersonal contact,” researchers wrote.

Researchers said it’s possible that the virus spread through shared spaces, such as elevators.

But they noted that all the infected residents had reported wearing masks outside their apartments — and two had denied even using the elevators.

They also pointed out that “among the residents of over 200 households who may use the same elevators, all the patients were found in only two vertical lines of the building.”

“Each line was connected through a single air duct in the bathroom for natural ventilation,” researchers wrote.

“Our investigation found no other possible contact between the cases than the airborne infection through a single air duct in the bathroom.”

Researchers, however, note that there were some limitations to the study since they were unable to take air samples.

But the findings suggest that more research is warranted into the potential risk.

“More people may have to stay indoors during the pandemic to avoid interpersonal contact,” researchers concluded.

“However, some may be exposed to viral infection by inhalation due to inadequate ventilation systems.”