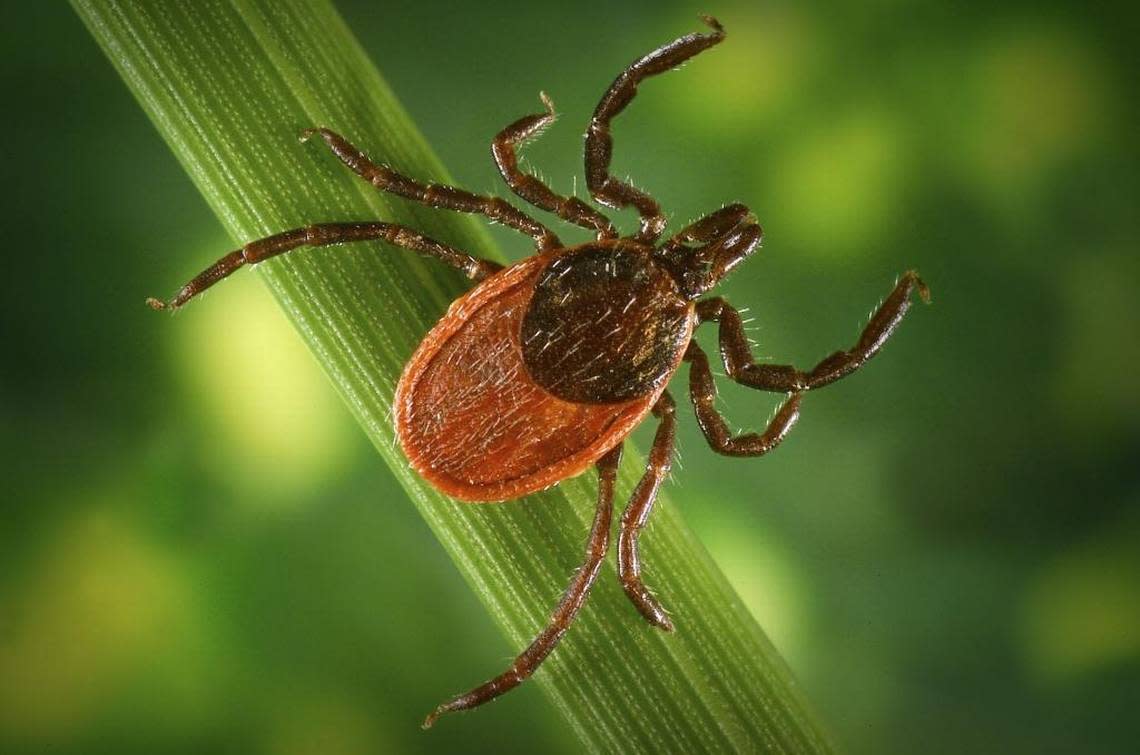 As if you needed anything else to worry about in 2020, summer is here — which means tick season is, too.

While experts say ticks are expected to be about average this year, they say the U.S. may see an uptick in Lyme disease cases due to the coronavirus pandemic.

Why? Because people stuck at home are spending more time outside, Today reported.

A survey of acorns indicates that 2020 will see an average or slightly below average number of ticks, The New York Times reported.

Acorns are used to estimate the size of a given year’s tick population because they are food for mice, which ticks like to feed on, according to Pest World. Simply put: more acorns means more mice, which means more ticks.

While experts don’t expect to see more ticks than usual this year, 2021 could be a different story, Richard Ostfeld, a distinguished senior scientist at the Cary Institute of Ecosystem Studies, told The New York Times.

“Last fall was a huge acorn year. So we would expect 2021 to be a really bad Lyme year,” he told the newspaper.

While ticks are expected to be average this year, experts say they’re concerned the pandemic may cause a spike in Lyme disease cases.

Dr. Sorana Segal-Maurer, director of the Division of Infectious Diseases at New York-Presbyterian Queens health care system, told CNN she’s worried that people who’ve been stuck at home will “explode into the outdoors. And there may not be the same thoughtful approach” to avoiding ticks.

“I’m a little nervous that their guard may be down just a slight bit,” she told the outlet.

Busy hiking trails could also push people to the edges of paths and into vegetation where ticks are common, she told CNN.

“Cases could go skyrocketing if people are spending more time in dangerous places,” he told Today, adding that the pandemic could make people afraid to seek medical care if they are bitten by a tick or notice symptoms of Lyme disease.

“If they get a case of Lyme disease, it’s not going away on its own and if it goes untreated it can develop into a difficult to treat chronic illness that can be debilitating,” Ostfeld told the outlet.

Lyme disease is transmitted to humans when they’re bitten by blacklegged ticks, according to the Centers for Disease Control and Prevention. Roughly 30,000 Americans contract Lyme disease every year, the CDC said.

Symptoms can mimic that of COVID-19 and include headache, fever, fatigue and skin rash, according to the agency. Left untreated, Lyme disease infections can spread to the joints, heart and nervous system, the CDC says.

In addition, having Lyme disease can put a person at greater risk for serious illness due to COVID-19, Shannon L. Delaney, director of child and adolescent evaluation at Columbia University’s Lyme and Tick-Borne Diseases Research Center, told The New York Times.

“We already know people with underlying conditions are more vulnerable for complications with coronavirus,” she told the newspaper. “Certainly, people with tick-borne illness fall into that category.”

What you can do to prevent tick bites

This doesn’t mean you have to stay cooped up inside all summer. There are precautions you can take to safeguard against ticks.

Ticks are most common in small patches of forest, typically near suburban and agricultural areas because they tend to have more mice due to there being fewer predators, The New York Times reported.

When you’re out in these areas, be sure to wear long sleeves and pants Alvaro Toledo, an assistant professor of entomology at Rutgers University, told Today. If you’re on a trail, stay in the middle of the path and avoid brushes and leaf litter, he told the outlet.

Consider wearing hats and lightly colored clothing to make ticks easier to spot, Segal-Maurer told CNN. She also suggested pulling your socks up over your pants to make it harder for ticks to get in as well as using tick repellent.

“You need to use DEET,” she told CNN. “It’s gotta be 30%. You need to watch where you hike. And then you need to do a body check when you get back inside.”

It has been 1 12 months since Trump infamously tweeted the ‘coronavirus could be very a lot below management’ within the U.S.

Is COVID-19 winding down? Scientists say no.