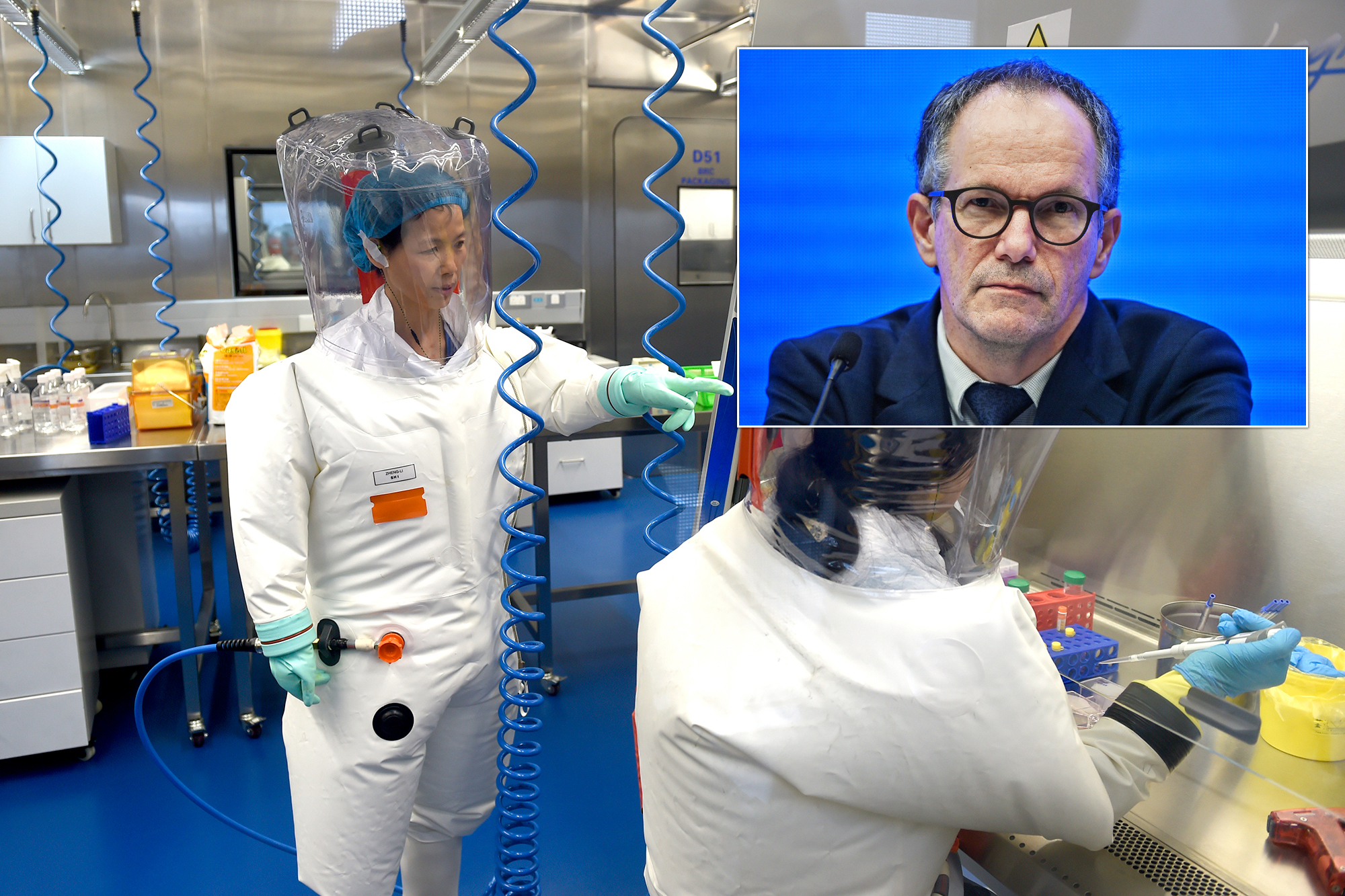 The first person infected with COVID-19 could have caught the virus from a bat while working at the controversial Wuhan virology lab — but Chinese officials pressured the World Health Organization to drop the theory during a probe into the pandemic’s origins, according to an astonishing admission from a WHO scientist.

In the stunning reversal, Dr. Peter Ben Embarek, who initially dismissed the lab leak theory as “extremely unlikely,” said he now considers the possibility a “probable hypothesis,” according to the Washington Post, which cites a documentary airing on Danish television channel TV2.

“An employee who was infected in the field by taking samples falls under one of the probable hypotheses,” Ben Embarek told the interviewers.

“This is where the virus jumps directly from a bat to a human. In that case, it would then be a laboratory worker instead of a random villager or other person who has regular contact with bats,” he explained.

“So it is actually in the probable category,” the Danish scientist reiterated.

Ben Embarek oversaw a team of international scientists on a WHO-led mission to China in January to work with local officials to uncover the origins of the deadly disease, which has now killed more than 4.3 million people worldwide.

The team found no evidence a lab worker was patient zero during the joint fact-finding mission — but Chinese scientists and officials withheld information and pressured them to drop the theory, he said.

WHO scientists weren’t allowed to see proper data, and the theory wasn’t even discussed until two days before the team was scheduled to leave China, he told interviewers.

Patient Zero could have caught COVID-19 from a bat at the Wuhan virology lab.FeatureChina via AP Images

“In the beginning, they didn’t want anything about the lab [in the report], because it was impossible, so there was no need to waste time on that,” Ben Embarek, a food safety and animal diseases expert, said.

“We insisted on including it, because it was part of the whole issue about where the virus originated.”

The scientist admitted his team was denied access to books or documents “directly from the laboratory.”

“We got a presentation, and then we talked about and asked the questions we wanted to ask, but we did not get to look at any documentation at all,” he said.

“It was right up to the end that it was discussed whether it should be included or not.”

He chalked the less-than-transparent — and potentially deceptive —  attitudes of Chinese scientists and officials up to a possible effort to save face.

“It’s probably because it means that there is a human error behind such an incident, and they are not very happy to admit it,” he confessed.

“There is partly the traditional Asian feeling that you should not lose face, and then the whole system also focuses a lot on the fact that you are infallible and that everything must be perfect,” he continued.

Dr. Peter Ben Embarek oversaw a team of scientists on a WHO-led mission to China to uncover the origins of COVID-19.Hector Retamal/AFP via Getty Images

“It could also be that someone wants to hide something. Who knows?”

The Wuhan Institute of Virology specialized in studying bat-based coronaviruses similar to the virus which causes COVID-19 — and was found to be holding the virus’ closest genetic cousin, according to the report.

The lab is located roughly 160 feet from the seafood market where an outbreak first emerged in late 2019.

During the WHO team’s investigation, scientists were given curated data and evidence accrued by Chinese officials, Embarek said.

Security personnel stand guard outside the Wuhan Institute of Virology in Wuhan as members of the World Health Organization investigate the origins of the COVID-19, February 3, 2021. Hector Retamal/AFP via Getty Images

Their findings, released in March, ultimately concluded that transmission of the virus from bats to humans through another animal was the most likely scenario.

However, their conclusion received swift criticism from a number of countries about the strong hand the Chinese government played in the investigation.

“Together, we support a transparent and independent analysis and evaluation, free from interference and undue influence, of the origins of the COVID-19 pandemic​,” the State Department said in a statement released shortly after the findings went public.​

“In this regard, we join in expressing shared concerns regarding the recent WHO-convened study in China, while at the same time reinforcing the importance of working together toward the development and use of a swift, effective, transparent, science-based, and independent process for international evaluations of such outbreaks of unknown origin in the future​,” it said.

In February, before the final report was published, Ben Embarek admitted his team needed more evidence to identify the source of the virus.

“Our initial findings suggest that the introduction through an intermediary host species is the most likely pathway and one that will require more studies and more specific targeted research,” he said.

Don't Miss it Workers at a McDonald’s franchise that accused bosses of giving them COVID-19 face masks fabricated from canine diapers have settled their dispute with the homeowners, a report says
Up Next DHS dropped 40,000 COVID-19-positive migrants in US cities: Ex-border chief