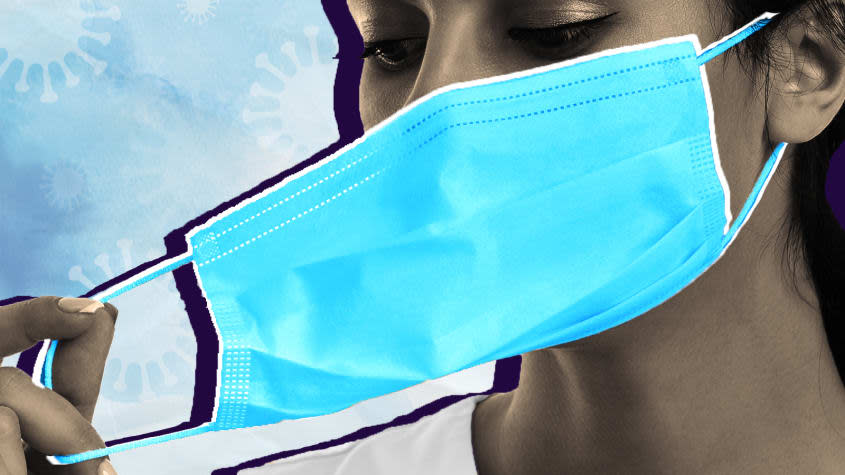 The Delta variant that first appeared in India continues to surge across the United States. While the virus may have burned through states like Louisiana and Florida so fast that case loads are already starting to drop, if last year’s seasonal patterns are repeated we can expect similar surges in the Northeast and Midwest as the weather cools. It feels like Back to the Future — back to sweatpants and Zoom school and washing the groceries.

It’s not — or it shouldn’t be. The current COVID-19 wave is significantly different from what happened last winter, in ways that make the current situation both much better and much harder to get a handle on. Both differences have important consequences for how we need to respond.

Overwhelmingly, the reason why the current wave is much better is that vaccinations are still proving extremely effective at preventing serious illness and death. The best evidence comes out of Iceland, which is now a notable COVID hotspot but which has not suffered any COVID deaths since May and has seen only a modest uptick in hospitalizations. The reason: Iceland’s population is over 70 percent vaccinated, primarily with the most effective mRNA vaccines like Pfizer (though they used the Johnson & Johnson and AstraZeneca vaccines as well).

That’s cold comfort for countries that have barely begun to vaccinate their populations, from Southeast Asia to the Middle East to Africa — and more than enough reason to step up vaccine production and distribution around the world. But for the wealthy countries of Europe, North America, and East Asia, mass vaccination provides a straightforward way to drastically reduce the impact of COVID. And while children remain largely unvaccinated (for now), and therefore highly susceptible to catching the Delta variant, the evidence so far suggests that children remain vastly less at risk than older people to severe disease or death — and no more at risk than they were from the earlier variants. The rise in pediatric COVID cases in the Delta wave, like the rise in symptomatic disease among younger vaccinated people, is likely due to the rapid spread of the variant — which has likely far outstripped our capacity to measure it — rather than increased severity.

But that rapid spread is why the current wave is so hard to get a handle on.

The Delta strain of COVID is vastly more infectious than prior strains — more than twice as infectious as the original strain — and as with the original strain, those infected shed the most virus before they become symptomatic, if they even get sick at all. This appears to be true for vaccinated individuals as well, at least some of the time. In fact, a major factor in transmission is likely vaccinated individuals with asymptomatic breakthrough cases they never know about. Again, Iceland is important proof case in this regard; with their high vaccination rate, how could they have become a hot spot unless vaccinated people can spread the disease?

That’s why, in jurisdictions that are more COVID-cautious, there’s been increased pressure to restore the non-pharmaceutical interventions (NPIs) like mandatory mask-wearing and social-distancing that predominated in the pre-vaccine era of the pandemic. Ironically, though, the very fact that the Delta variant is so much more infectious makes the case for those interventions in some ways weaker, not stronger.

In the very earliest days of the pandemic, and particularly in easily-isolated places like New Zealand, a rigorous regime of NPIs was a plausible path to “zero COVID” — eliminating the virus entirely. But once COVID spread out of control globally, this was no longer a plausible goal in most of the world. An individual or even a small community can lock down thoroughly, but an entire society cannot; in the worst early days of the pandemic, tens of millions of Americans were still going to work at “essential” jobs from agriculture to healthcare to transportation to public safety that cannot be performed on Zoom. Many of them got COVID, and spread it.

So in most of the world, the purpose of NPIs was to slow the spread of the disease enough to protect the integrity of the medical system, so that people who could be saved — or who had non-COVID afflictions that required treatment — didn’t die from lack of medical care. That remained the rationale until the vaccine became widely available, at which point there was a strong argument for holding on, even at meaningful economic and social cost, until the vaccine was distributed widely enough that we could return to normal life without risking unnecessary death.

Now, though, those vaccines are available, at least in the United States. The exit strategy we were holding on for has arrived — and there’s no safer off-ramp visible further down the road. Meanwhile, since the Delta variant is much more contagious, NPIs would have to be much stricter this time around to actually stop the spread. Even if we cut the virus’s reproduction rate in half, that would only bring us back to the level of infection that the original COVID strain manifested without any interventions at all — the level that prompted the first round of NPIs. And if the vaccinated are an important transmission belt for infection, then there’s no logical endpoint to those interventions.

That doesn’t mean masking and the like serve literally no purpose. They can indeed slow down the rate at which the virus spreads, and protecting the integrity of the medical system remains a key priority. But they are not a “solution” to the pandemic. With a strain as infectious as Delta going around, the right way to bet is that we’re all going to be exposed to COVID one of these days. We should just plan on getting vaccinated first — and getting a booster shot once our immunity has started to wane — so we most-likely don’t even notice, as in fact most of the vaccinated probably haven’t, even when they’ve gotten infected.

And speaking of booster shots: the same reasoning behind getting a third shot after eight months or so (or a second shot if, like me, you got the one-shot Johnson & Johnson vaccine last spring) can be deployed to argue against trying to protect yourself from any exposure to COVID once you’ve been vaccinated. Here’s why.

As Harvard’s Michael Mina explains toward the end of this interview, each additional variant, from Alpha to Delta to the looming Lambda, is slightly different, with a different mode of attack. Once you have a base level of immunity, exposure to these different variants helps broaden that immunity, making it less and less likely that future variants — which will inevitably continue to evolve, but have only a limited toolkit to work with in so doing — can break through in a way that leads to more serious disease. There’s risk to each exposure, in other words, but there’s also risk to avoiding exposure — the risk that you’re effectively making yourself more vulnerable to the next variant. If COVID is going to become endemic, in other words, we’re going to need to learn to live with being exposed to it — and the quicker we get used to that idea, the quicker the virus will settle down to its evolutionary end-point.

If that sounds a bit like the philosophy behind Sweden’s initial response to COVID, that’s because it is. But while Sweden’s response has been rightly criticized relative to its Nordic neighbors, which fared significantly better in the first wave of the pandemic, changing conditions can justify a change in philosophy.

Planning for endemic COVID doesn’t mean simply letting things rip. It means strenuous efforts to maximize vaccine penetration — which means, primarily, employer mandates, not screaming at each other on the internet — but also a focus on getting boosters to those who need them in a timely fashion. It means that people who work with or care for newborns or the immunocompromised are going to have to take special precautions for some time to come — as much as another year or two, if Mina’s prediction for how long it will take for COVID to settle down evolutionarily-speaking is accurate. And it means that we’ll all have to keep making regular personal risk-assessments that we aren’t well-equipped psychologically to make.

But it’s not the end of the world. It isn’t even a return to last winter, much less the spring of 2020. We lost the battle to eliminate COVID a long time ago, but between vaccines and natural immunity, we’re still going to win the war.

Actor suspected of participating in Capitol attack arrested in California