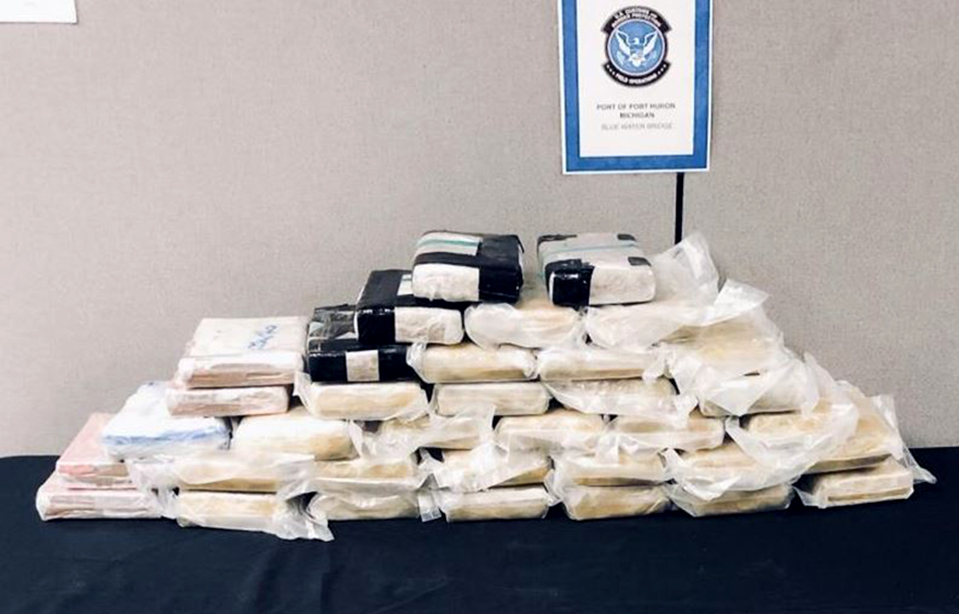 The coronavirus pandemic has crippled cities and crushed businesses from coast to coast.

Since the start of the crisis, federal drug agents in major U.S. hubs have seized substantially more illicit cash than usual amid statewide lockdowns that have disrupted the way cartels do business, the officials said.

“Their activities are a lot more apparent than they were three months ago,” said Bill Bodner, special agent in charge of the Drug Enforcement Administration’s Los Angeles field office.

Bodner said California’s stay-at-home order has made it more difficult for traffickers to launder money and move around the city unseen.

“When there’s less hay in the haystack, it’s easier to find the needle,” he added. “It’s caused the drug cartels and money launderers to take more risks, and that’s where we can capitalize.”

Part of a $1 million seizure in the Los Angeles area. (DEA)

From March 1 to May 8, seizures of cash in the greater Los Angeles area have more than doubled from $4.5 million last year to $10 million during the same period this year. Bodner said that includes four separate seizures of more than $1 million in Long Beach, Cerritos, Anaheim and Wildomar.

The New York City field division’s cash seizures are up 180 percent since last year, said special agent in charge Ray Donovan, with the bulk of them coming in the last couple of months.

“It’s really around April, where we started saying, ‘Hey, we’re having a lot more success in this area,’” Donovan said.

When moving product along the West Coast, Mexican cartels use manufacturing businesses as de facto banks that help to launder the drug proceeds and funnel the money back across the southern border

But in New York, the cartels typically rely on “international Asian criminal organizations” to clean their cash, Donovan said. These cartel associates will buy American goods with drug money and ship them back to China. In return, the criminal gangs that receive the products will then send money back to the cartels in Mexico — often through bank wires, which are more difficult to track from China.

But the city’s lockdown has deprived the traffickers of using the first link in their sophisticated operation.

“With all the stores and shops closed down here, they don’t have that as one of the means to quickly launder money,” Donovan said.

As a result, the cartel’s cash has been piling up, Donovan said, resulting in larger seizures.

“More money is being stockpiled here,” he added. “So when we come across them, instead of seizing $100,000, we seize $1 million or several million dollars.”

The recent busts haven’t been confined to stacks of cash. Along the northern border, federal officers have confiscated large quantities of drugs over the past few months.

From March 21 to May 16, border patrol officers working out of the Detroit field office have seized 2,856 pounds of marijuana, 87 pounds of cocaine, 12 pounds of fentanyl and 12 guns.

“We are definitely seeing an uptick,” said Kris Grogan, spokesman for U.S. Customs and Border Protection in Detroit.

DEA agents in Michigan and Ohio have hauled in $6 million in drug money since March 16, officials said. That amount is not unusually high, but there’s been a marked increase in the amount of cash seized at airports.

“Hundreds of thousands of dollars,” said Keith Martin, special agent in charge of the DEA’s Detroit field office. “Which is not normal.”

Unlike New York and Los Angeles, the drug money made in Michigan and Ohio is moved the old-fashioned way — by driving it across the southern border.

Martin said it’s too early to draw a firm conclusion on what’s fueling the spike in cash seizures at airports, but a drop in car traffic because of statewide lockdowns is likely a contributing factor.

“They don’t want to be that one vehicle out in the road that gets pulled over,” Martin said. “When there’s not a lot of border traffic, you’re singled out easier than if there were a thousand cars.”

Part of a $1 million seizure in the Los Angeles area. (DEA)

While COVID-19 is already reshaping parts of the global economy, the impact on the drug cartels’ overall business remains yet to be determined, the officials said.

The coronavirus is also affecting drug prices. The price of methamphetamine has skyrocketed in California, according to Bodner, rising from about $1,000 a pound in November to upward of $2,000 a pound. He said that’s due in part to the economic disruptions and difficulties in importing chemicals from China and India, as well as the closure of the southern border to nonessential travel.

In New York, the price of marijuana is up 55 percent, according to Donovan, in part because of the increased risk of getting it into the country. Cocaine is up 12 percent, and heroin 7 percent, he said.

The virus has also changed the way law enforcement operates. One example: fewer DEA agents in the office, and more out in the streets.

“We’re practicing social distancing,” said Martin, the Detroit agent. “But the pandemic has not kept us from doing our job.”

Federal agents are also out in the streets en masse in Los Angeles and New York.

“I asked all my agents to stay in the street and just work in the street,” Donovan said. “We are there for our community, and ultimately, we’re doing a pretty damn good job.”