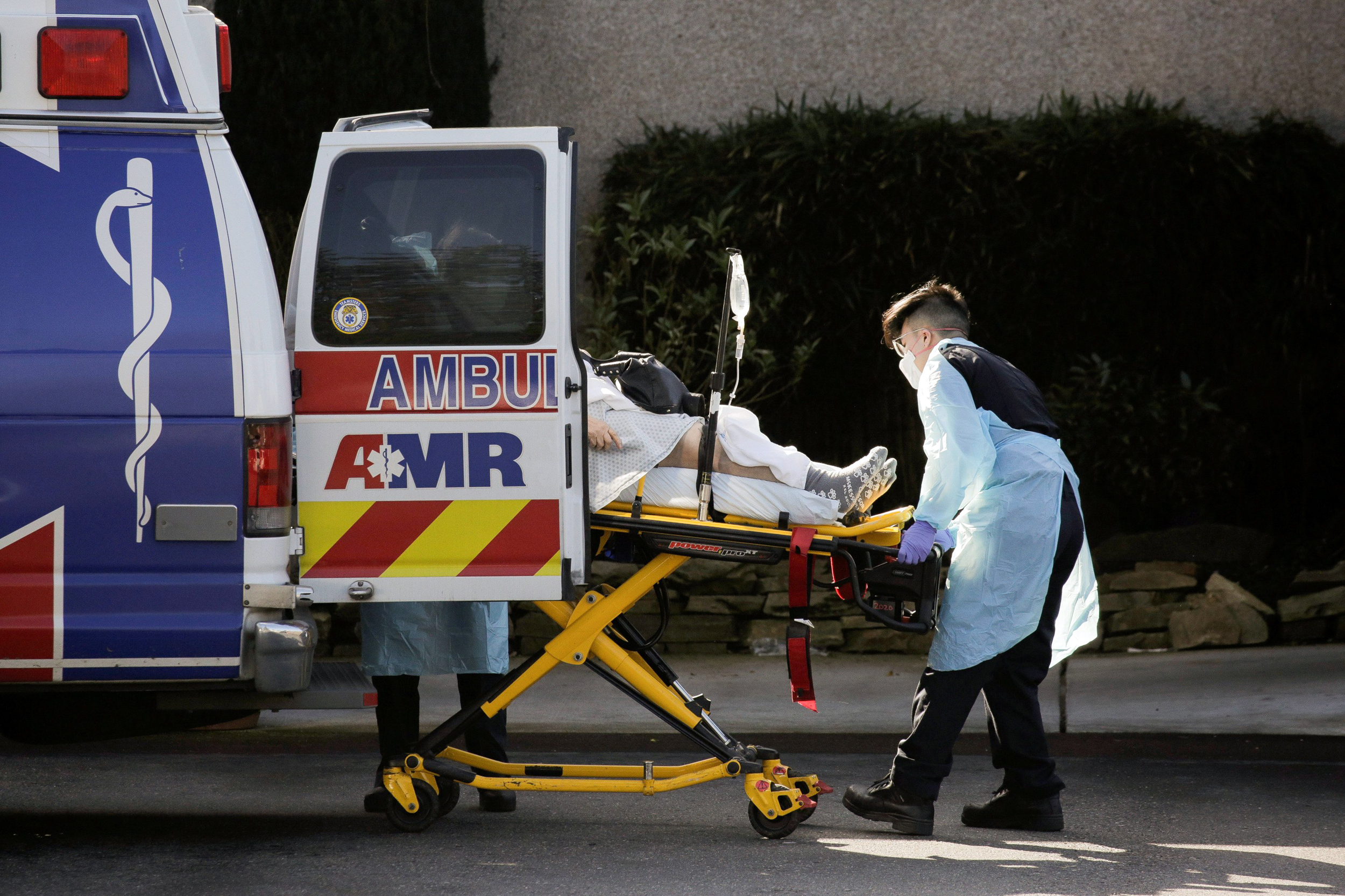 The coronavirus began quietly spreading in the U.S. as early as late January, the Centers for Disease Control and Prevention reported Friday — before President Trump blocked air travel from China and a full month before community spread was first detected in the country.

More than four months into the pandemic that has killed at least 102,000 Americans, the new data is the first comprehensive federal analysis of when COVID-19 took hold in the U.S.

It was also the first media briefing from the CDC in more than two months.

“As America begins to reopen, looking back at how COVID-19 made its way to the United States will contribute to a better understanding to prepare for the future,” Dr. Robert Redfield, director of the CDC, said Friday during a call with reporters.

The CDC traced the early spread in several ways, including what’s called syndromic surveillance of emergency department records, tests of respiratory specimens and analyses of the virus’s genetic sequences from early cases.

“Information from these diverse data sources suggests that limited community transmission of SARS-CoV-2 in the United States occurred between the latter half of January and the beginning of February, following an importation of SARS-CoV-2 from China,” the authors wrote. SARS-CoV-2 is the name of the coronavirus that causes the COVID-19 illness.

The virus then came into the U.S. from Europe, the CDC reported. “The findings do show that in late February, early March, there were several importations of the virus from Europe to California and northeastern United States and possibly elsewhere,” Redfield said.

There was no indication the virus had been introduced into the U.S. earlier, in November or December. “We looked for evidence of early widespread transmission and could not confirm it,” Dr. Jay Butler, deputy director for infectious diseases at the CDC, said during the media briefing Friday.

He added his team will continue to search for clues of the first cases on U.S. soil.

Health officials announced the first coronavirus case in the U.S. four months ago, on Jan. 21. The patient, a man in his 30s who lived outside of Seattle, flew home on Jan. 15 after traveling in Wuhan, China, where the pandemic originated.

But the CDC said it will likely never be known if the man was the first person in the U.S. with the virus. Now that it’s clear COVID-19 can be spread among people who never have symptoms, it’s even possible the man was infected by an asymptomatic passenger on the same flight from Wuhan.

It wasn’t until Jan. 30 when the CDC announced the first evidence of person-to-person spread — a married couple in Chicago. During a call with reporters on that day, Redfield said, “Based on what we know now, our assessment remains that the immediate risk to the American public is low.”

It is now clear the virus was indeed spreading, particularly during the month of February.

“Limited community spread of the virus that causes COVID-19 occurred before the two nontravel associated cases that were reported in late February,” Redfield told reporters on Friday.

Redfield was referring to two cases on the West Coast. On Feb. 26, health officials in Santa Clara County, California, announced the virus had been spreading in the community: A woman diagnosed with COVID-19 had not traveled to China, and had no contact with the only other known cases in the region.

“The virus is here, present at some level, but we still don’t know to what degree,” Dr. Sara Cody, director of Santa Clara County’s public health department, said during a news conference on Feb. 27.

On Feb. 28, a second case of unknown origin was confirmed, this time in the state of Washington.

Later testing revealed an earlier coronavirus death in the U.S. on Feb. 6, as well as an unrelated patient who died Feb. 13. “Neither had traveled internationally in the weeks preceding their deaths,” the CDC wrote.

By Friday afternoon — more than four months since COVID-19 began circulating in the U.S. — more than 1.7 million cases had been diagnosed.

What Facet Results to Count on From Your Second Jab of Covid-19 Vaccine?