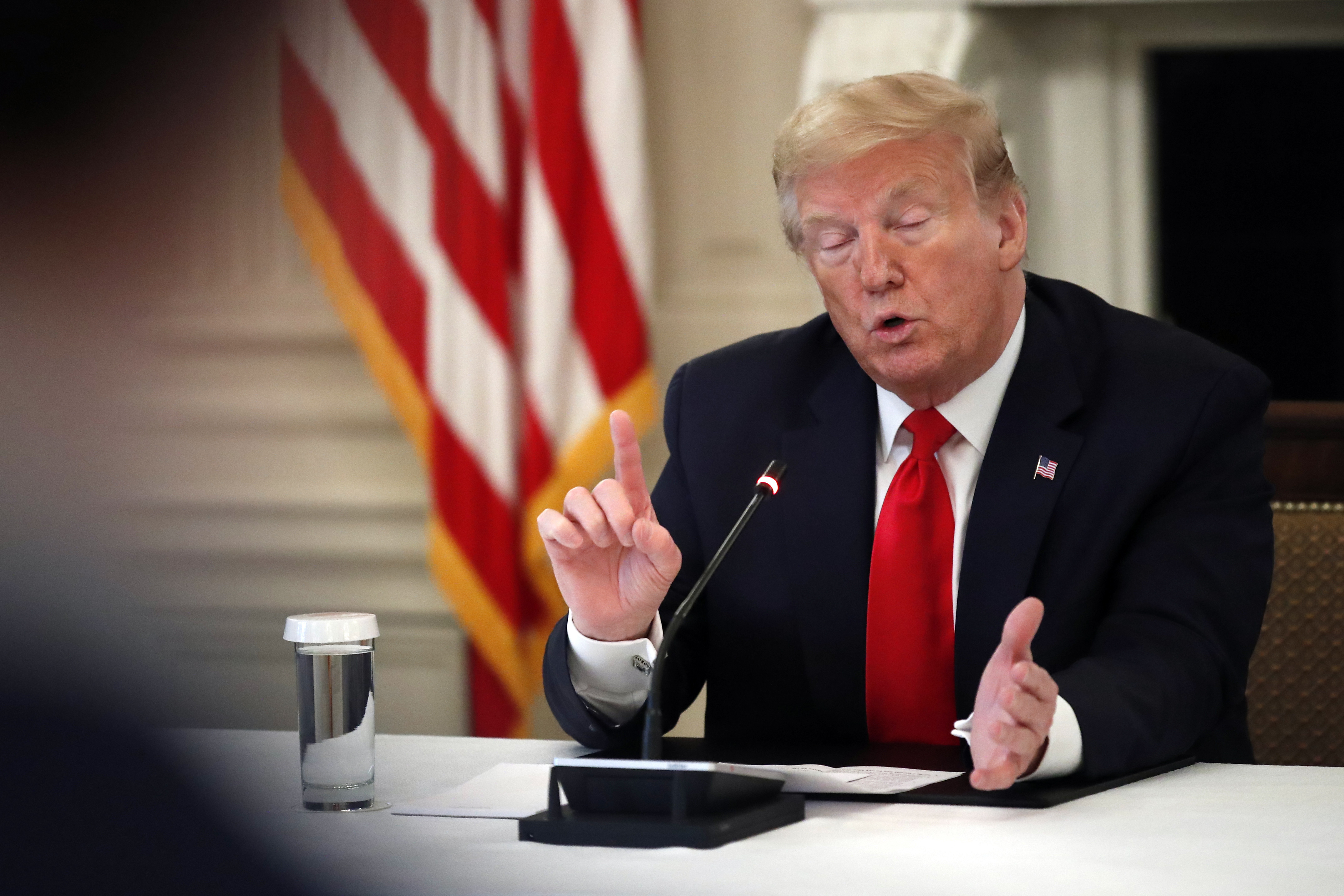 WASHINGTON (AP) — U.S. intelligence agencies have concluded that the new coronavirus was “not manmade or genetically modified” but say they are still examining whether the origins of the pandemic trace to contact with infected animals or an accident at a Chinese lab.

The statement from the Office of the Director of National Intelligence, the clearinghouse for the web of U.S. spy agencies, comes as President Donald Trump and his allies have touted the as-yet-unproven theory that an infectious disease lab in Wuhan, the epicenter of the Chinese outbreak, was the source of the global pandemic that has killed more than 220,000 worldwide.

In recent days the Trump administration has sharpened its rhetoric on China, accusing the geopolitical foe and vital trading partner of failing to act swiftly enough to sound the alarm to the world about the outbreak.or to stop the spread of the virus that causes COVID-19.

The new statement says, “The Intelligence Community also concurs with the wide scientific consensus that the COVID-19 virus was not manmade or genetically modified.”

“The IC will continue to rigorously examine emerging information and intelligence to determine whether the outbreak began through contact with infected animals or if it was the result of an accident at a laboratory in Wuhan.”

Trump addressed the theory earlier this month, saying, “More and more, we’re hearing the story.” Secretary of State Mike Pompeo added, “The mere fact that we don’t know the answers — that China hasn’t shared the answers — I think is very, very telling.”

Pompeo also pressed China to let outside experts into the lab “so that we can determine precisely where this virus began.”

While Trump and Pompeo have made public statements speculating about the lab, a U.S. intelligence official disputed the notion that there was any pressure on agencies to bolster a particular theory. The intelligence official was not authorized to publicly discuss the issue and spoke only on condition of anonymity.

Scientists say the virus arose naturally in bats. Even so, Pompeo and others have pointed fingers at an institute that is run by the Chinese Academy of Sciences. It has done groundbreaking research tracing the likely origins of the SARS virus, finding new bat viruses and discovering how they could jump to people.

“We know that there is the Wuhan Institute of Virology just a handful of miles away from where the wet market was,” Pompeo said two weeks ago. The institute has an address 8 miles, or 13 kilometers, from the market that is considered a possible source.

U.S. officials say the American Embassy in Beijing flagged concerns about potential safety issues at the lab in Wuhan in 2018, but they have yet to find any evidence the virus originated there nearly two years later.

The Chinese government said Thursday that any claims that the coronavirus was released from a laboratory are “unfounded and purely fabricated out of nothing.”

“I would like to point out again that the origin of the virus is a complex scientific issue, and it should be studied by scientists and professionals,” Geng said.

Geng also criticized U.S. politicians who have suggested China should be held accountable for the global pandemic, saying they should spend their time on “better controlling the epidemic situation at home.”

But a Chinese government spokesman, Zhao Lijian, demonstrated that China was not above sowing confusion in the face of the pandemic. He tweeted in March the falsehood that the virus might have come from the U.S. Army.

Jared Kushner and Ivanka Trump moved their children to a brand new faculty after dad and mom complained in regards to the couple not following coronavirus protocols, report says