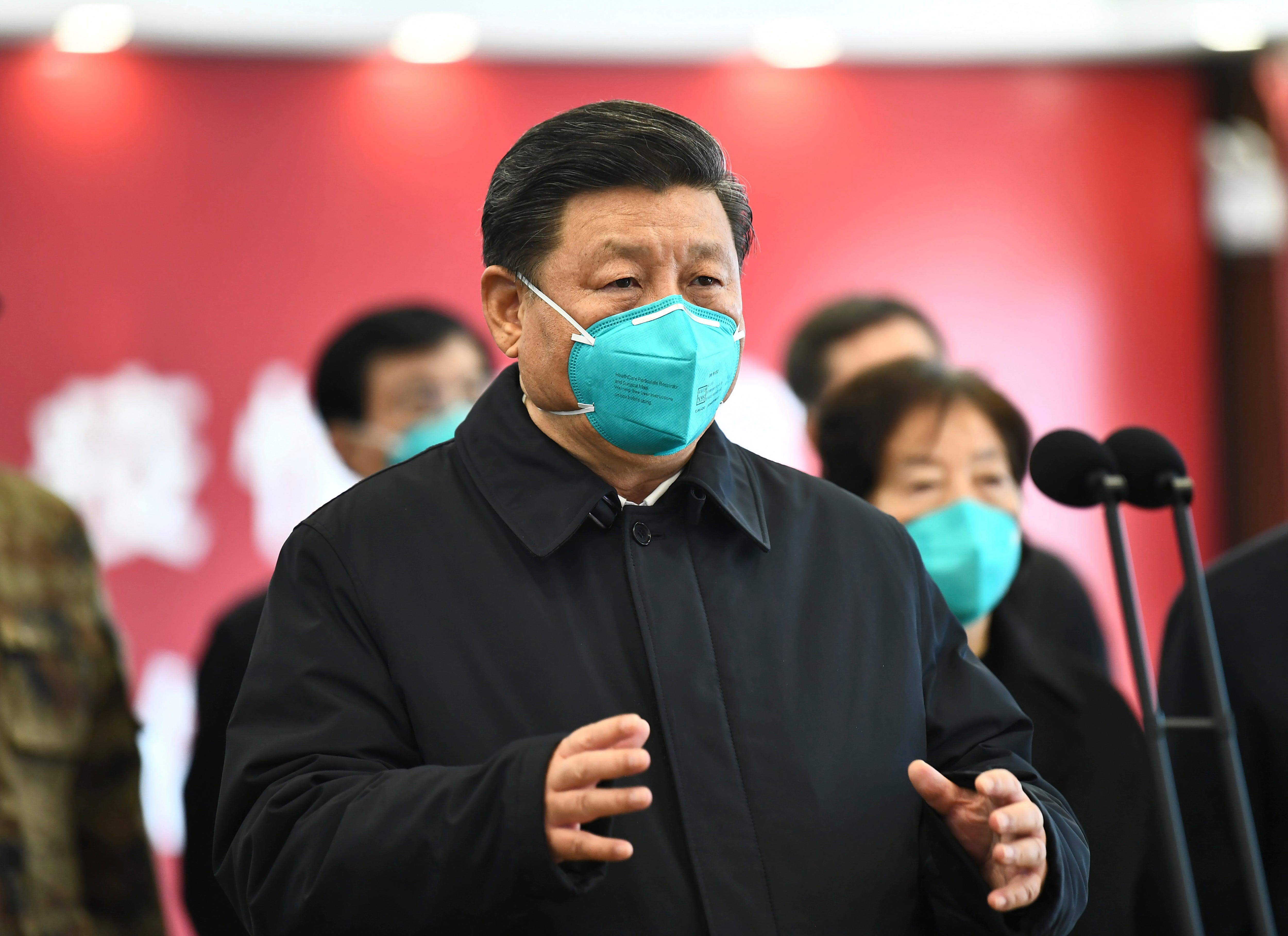 Corrections & Clarifications: This fact-check has been revised based on updated reporting since it was first published in March. The rating on the claim has been changed to Partly False to reflect that reporting.

The claim: The coronavirus may have originated in a Chinese laboratory.

As the new coronavirus spreads, theories about its origins have circulated. And as scientists have studied the virus, some theories have been debunked as false.

One of the most prominent initial reports on the virus is an article published in January by the right-leaning Washington Times that suggests the coronavirus may have originated in a research laboratory in Wuhan, China.

Related: WHO says coronavirus came from an animal and was not made in a lab

In mid-March, USA TODAY contacted the author of the article, Bill Gertz, with a request to comment on the source of the claim but did not get a response.

On March 25, the Washington Times published an updated article that reflects what an editor’s note said is updated reporting: “Since this story ran, scientists outside of China have had a chance to study the SARS-CoV-2 virus. They concluded it does not show signs of having been manufactured or purposefully manipulated in a lab, though the exact origin remains murky and experts debate whether it may have leaked from a Chinese lab that was studying it.”

People on multiple platforms and networks have shared the same or a similar version of the conspiracy.

Sen. Tom Cotton, R-Ark., has suggested to Congress and Fox News that there may be a connection between the Wuhan lab and the origin of the virus. And conservative radio host Rush Limbaugh wrote in an article in February that “it probably is a ChiCom (Chinese Communist) laboratory experiment that is in the process of being weaponized.”

Vox reported the claim also has been shared widely via message boards in China, prompting Chinese officials to release a statement denouncing the information.

Researchers have been racing to learn about the virus since it was recognized in December 2019 as a new strain. Medical journals have pointed toward animals in nature as the origin of the virus.

There is no evidence to suggest that the virus was created in a Chinese laboratory. People who have claimed it started in a lab cite only the geographical proximity of the Wuhan Institute of Virology, a research lab in Wuhan, and the market where some researchers believe the virus transferred from animals to humans.

On April 21, the World Health Organization noted at a briefing that available evidence indicates coronavirus originated in animals in China late last year and was not manipulated or produced in a laboratory as has been alleged.

“It is probable, likely, that the virus is of animal origin,” WHO spokeswoman Fadela Chaib said.

Richard Ebright, a professor of chemical biology at Rutgers University, said earlier this year in an interview with The Washington Post: “Based on the virus genome and properties, there is no indication whatsoever that it was an engineered virus.”

The Washington Post reported most countries have abandoned their bioweapons programs after years of work did not yield satisfactory results.

The Scripps Research Institute released a study that rejects the notion that the virus was man-made. Researchers concluded that if the virus were engineered, its genome sequence would more closely resemble earlier and more serious versions of the coronavirus.

“If someone were seeking to engineer a new coronavirus as a pathogen, they would have constructed it from the backbone of a virus known to cause illness,” the report said. “But the scientists found that the SARS-CoV-2 backbone differed substantially from those of already known coronaviruses and mostly resembled related viruses found in bats and pangolins.”

A statement in the Lancet, a medical journal, written by public health officials who have been following the progression of the virus also asserted that animals are the likely source: “Scientists from multiple countries have published and analysed genomes of the causative agent, severe acute respiratory syndrome coronavirus 2 (SARS-CoV-2), and they overwhelmingly conclude that this coronavirus originated in wildlife.”

The statement referenced multiple academic and government sources that supported the Lancet article’s conclusion. These sources include the Cold Spring Harbor Laboratory; Nature; U.S. National Academies of Science, Engineering and Medicine; the New England Journal of Medicine; the Chinese Medical Journal; and the medical journal Infection, Genetics and Evolution.

Researchers who analyzed the genome of the coronavirus found its sequence shared a very high resemblance to a coronavirus in bats, but it’s possible other animals may have been involved in the transmission process.

“2019-nCoV is 96% identical at the whole-genome level to a bat coronavirus,” a study published in the science journal Nature said.

Another study published in the Lancet found results based on samples collected from nine patients who had contracted the virus corroborated the theory that the virus had come from bats. Researchers concluded the genome sequences of the coronavirus “was closely related … to two bat-derived severe acute respiratory syndrome (SARS)-like coronaviruses.”

Although scientists say they believe bats were likely the original host, it’s also very possible, the study notes, that the virus was transferred from a bat to another animal that may have been at the seafood market in Wuhan.

While experts agree the virus came from nature, its origins beyond that remain unclear.

One scenario has the virus occurring naturally – from a bat, say – but accidentally escaping the research facility because of poor safety protocols. This is based on circumstantial evidence such as the Wuhan Institute of Virology’s history of studying coronaviruses in bats, the lab’s proximity to where some of the infections were first diagnosed and China’s lax safety record in its labs.

Anthony Fauci, the U.S.’s top infectious disease expert, was dismissive of the theory of an accidental escape from a Chinese laboratory, USA TODAY reported on April 18.

“A group of highly qualified evolutionary virologists looked at the sequences in bats as they evolve. The mutations that it took to get to the point where it is now are totally consistent with a jump of a species from an animal to a human,” he said Friday in the White House press briefing.

But two administration officials with knowledge of the investigation, speaking to USA TODAY on condition of anonymity because it is classified and sensitive, said they have always questioned China’s account of how the virus originated and have taken seriously suggestions that it may have resulted from a lab accident that the Chinese are covering up.

“There’s a high level of suspicion,” one official said.

The officials emphasized that no conclusions have been drawn from an investigation that is ongoing among U.S. intelligence agencies.

We rate the claim that COVID-19 may have originated in a Chinese lab as PARTLY FALSE. Suggestions that the novel coronavirus was manmade or has been engineered for use in bioweapons in a high-security biomedical laboratory in Wuhan, China, are untrue, based on scientific research since the virus began its global spread. Beyond that, however, investigations continue into where COVID-19 began, and no conclusions can be drawn, nor has evidence been presented, that definitively explains the pathogen’s origin. Circumstantial evidence suggests the virus could have escaped from the Wuhan lab due to a lapse in safety measures.

This article originally appeared on USA TODAY: Fact check: Did coronavirus originate in a Chinese laboratory?

Widespread Use of Face Masks Can Assist Forestall Second Wave of Covid-19: Examine

Mexico leads in well being employee deaths from COVID-19

US Surgeon Common says he has ‘no purpose to doubt’ the 350,000 COVID-19 dying toll within the US after Trump baselessly questioned its accuracy