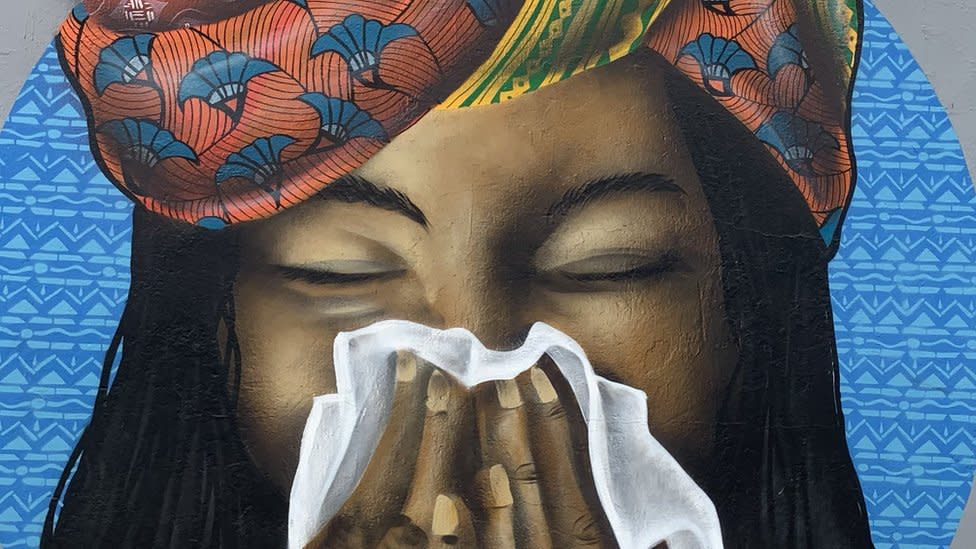 A mural in Senegal of a woman blowing her nose

Despite only having seven doctors for every 100,000 people, Senegal has been widely praised for its handling of the coronavirus pandemic. The BBC’s Mayeni Jones and Naomi Scherbel-Ball look at how the country has managed to keep Covid-19 in check.

“When the first case came, we were very anxious and I was angry because it was an imported case,” says Dr Khardiata Diallo, who co-ordinates the epidemic treatment centre at Fann Hospital in the capital, Dakar.

“We worried that we lacked equipment, for the treatment of coronavirus there were just 12 beds with limited oxygen supplies for the whole country.”

That was in late February when a Frenchman had returned to Dakar from a skiing holiday with a fever, sore throat and headache.

He was Senegal’s first case of Covid-19, the second reported case in sub-Saharan Africa.

Dr Diallo, who was part of the team that treated the country’s single Ebola case during the West African outbreak of 2014 as well as other cholera outbreaks over the last 15 years, knew they needed to act quickly to contain the pandemic.

Her colleagues at the prestigious Institut Pasteur in the Dakar, which in February was one of just two laboratories in Africa that were able to test for coronavirus, trained staff from dozens of other countries on how to test.

Ibrahima Diop, who works in a call centre, was first diagnosed and treated for malaria when he caught Covid-19 in April

By April, 43 countries on the African continent were able to diagnose Covid-19 effectively.

Today the lab in Dakar’s central Plateau district has a 24-hour operation and testing has been expanded across the country.

Tests for those with symptoms are free and results are released in eight hours.

It is compulsory for people to wear masks in Dakar

While there have been concerns over low testing rates across the continent, the Africa Centre for Disease Control is supporting countries to ramp up testing levels and there are hopes that cheap self-testing diagnostic kits could help that effort.

The Institut Pasteur has been crucial to this effort, with its chief virologist Amadou Sall partnering with UK-based firm Mologic to develop two home test kits:

One to test if someone currently has the virus, similar to the currently used lab-based PCR swab tests

Dr Sall says the manufacturing of the antibody test has already begun and they should be released in the coming weeks.

The home test that will show if someone currently has coronavirus has been delayed and is now being validated by the Liverpool School of Tropical Medicine, but there are hopes it will still be out before the end of the year.

Higher levels of testing should also help with early diagnosis.

Ibrahima Diop, a 29-year-old telemarketer in Dakar, fell ill in April and was initially treated for malaria.

It was only at the insistence of his mother, who worked at a hospital, that he was tested and diagnosed with coronavirus – along with 60 of his call centre colleagues.

He was swiftly treated and released from hospital within a week – his case showed the need for people to seek tests in a country where symptoms can easily be confused with malaria, something the authorities have emphasised during their daily morning televised coronavirus briefings.

Singing to defeat the virus

A global Covid-19 response index by Foreign Policy magazine gave Senegal the highest possible score for its communication strategy – and top musicians too joined the effort to inform people.

In April they clubbed together to release Daan Corona, meaning “Defeat coronavirus” in the local Wolof language.

The song features famous Senegalese musician Youssou Ndour calling on people to stay at home and wash their hands.

There are also colourful murals on the walls of Senegal’s oldest university calling on students to share the right coronavirus prevention techniques with their classmates, rather than sharing coronavirus.

Across the road, you can see the blue basins that have been set up for handwashing in some public areas.

In the early days of the pandemic, preventive measures were put in place including a state of emergency, full school closure and a night-time curfew

Restaurants, supermarkets and banks were quick to introduce temperature checks at their entrances.

While that’s now largely been relaxed, on Dakar’s streets face masks are still obligatory, a rule that was introduced as early as April.

Today all of Senegal’s 14 regions are equipped to treat coronavirus patients and there are now just 26 patients remaining on ventilators across Senegal.

The 58-year-old has been treated there for just over a week – he is diabetic.

To minimise contact, cameras from the ward link up to a television screen outside.

But back in March, when cases in Senegal first started to rise, Dr Kane remembers a very different situation.

“The problem was we only had 10 beds with ventilators and there were moments when there was pressure on the list, which meant that we would receive calls asking for a bed and we couldn’t receive the patient.

“That demand continued for around three weeks, until other hospitals were equipped.”

The number of recorded daily cases has been broadly decreasing since mid-August. recorded

Senegal, which has a population of 16 million, has only had 15,000 positive cases and just over 300 deaths.

Its strategy for containing the virus has adapted and many patients with mild symptoms are now treated at home, with hospital staff monitoring their condition remotely and delivering medicine.

When international flights re-opened in July, there were concerns that there would be a spike in cases.

Senegal, like many other African countries, has asked visitors to produce a negative Covid-19 certificate, dated no more than a week before travel.

On arrival passengers have their temperature taken. So far, these measures seem to have worked, with low levels of imported cases.

This week four million people are expected to attend the country’s largest annual festival, the Grand Magal of Touba.

It is a historic pilgrimage to Touba, which is 190km (120 miles) east of Dakar and is the spiritual home of the Muslim Mouride brotherhood.

The pilgrims queue for hours on the city’s streets to get to the Grand Mosque and to a mausoleum of the brotherhood’s founder.

While posters around the capital show the leader of the community calling on followers to wear face masks, gathering such a large number of worshippers in one place will be a crucial test as the country seeks to maintain the progress made so far. 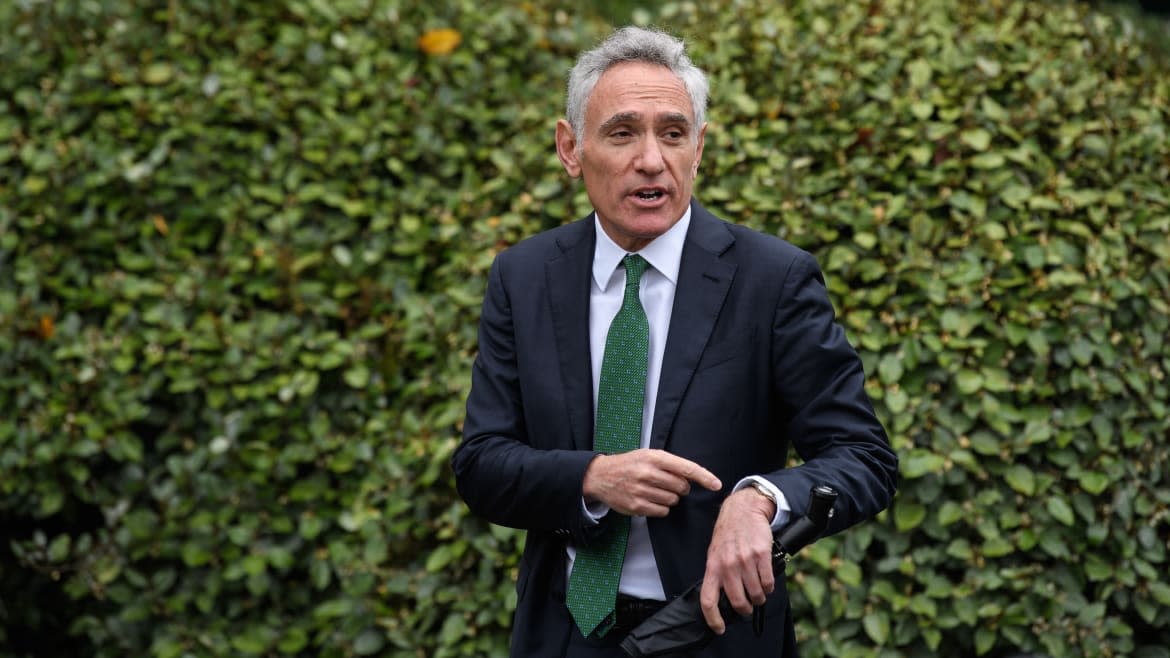