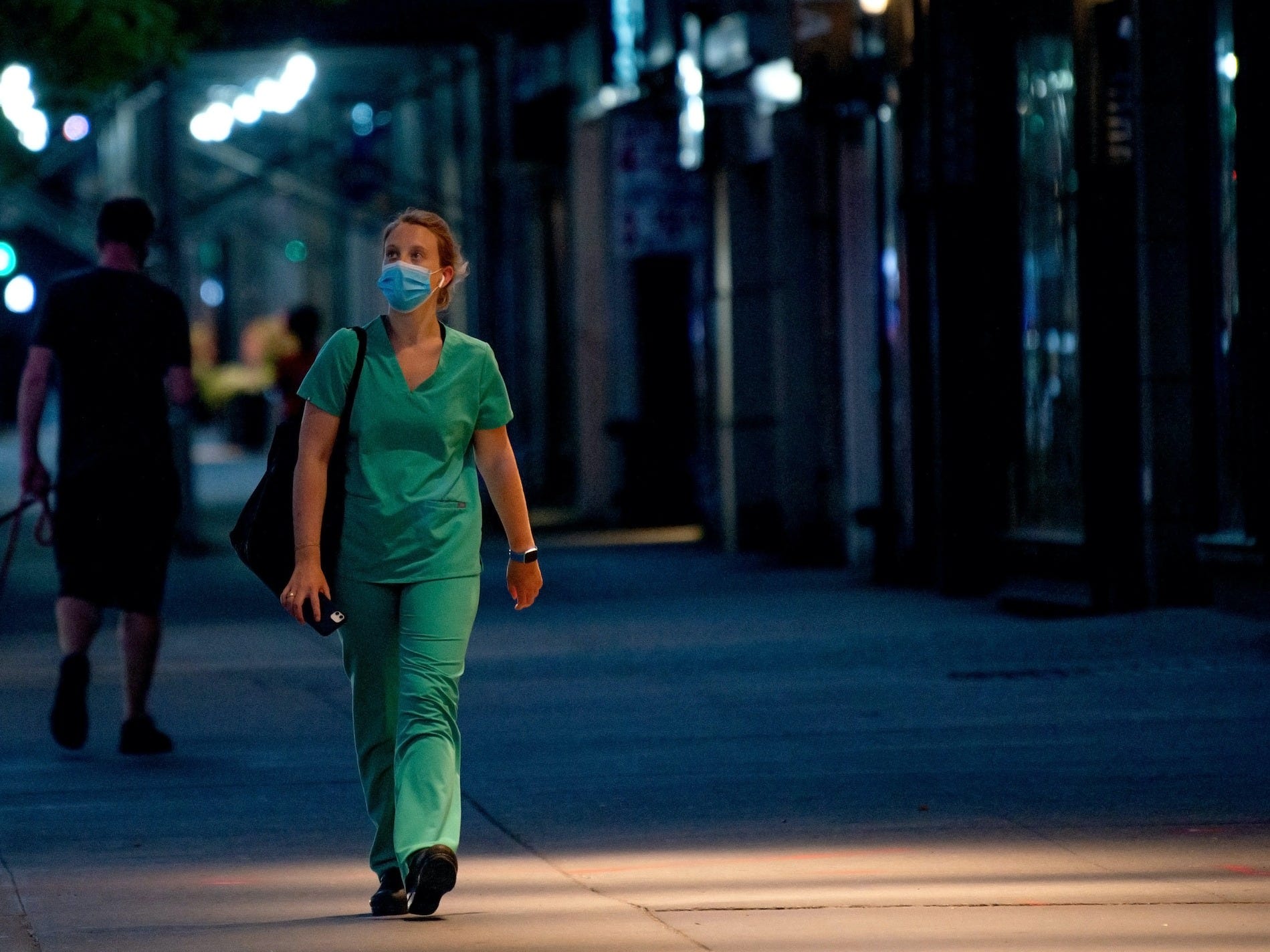 Nearly a month before community spread was first detected, “sustained, community transmission” of the coronavirus in the United States began in late January or early February, a report from the CDC says.

A “single importation” from China was followed by “several importations” from Europe, the study’s authors found.

“As America begins to reopen, looking back at how COVID-19 made its way to the United States will contribute to a better understanding to prepare for the future,” said CDC Director Robert Redfield.

Redfield said that the virus circulated at such low levels after being introduced in the US that earlier diagnostic tests would’ve missed it.

The coronavirus began to spread across the United States in late January or early February and remained undetected for nearly a month, according to a new report by the Centers for Disease Control and Prevention.

The data indicates that “sustained, community transmission had begun before detection of the first two non travel–related U.S. cases, likely resulting from the importation of a single lineage of virus from China in late January or early February, followed by several importations from Europe,” the report says.

The study’s authors investigated illnesses reported by 4,000 emergency departments, nearly 11,000 respiratory specimens, viral genetic sequences of early cases, and autopsy learnings from three patients in California. They found that community spread of the coronavirus began between January 18 and February 9, the report says, with “cryptic circulation” or undetected transmission underway by early February.

As of Saturday, the coronavirus has infected nearly 1.75 million Americans and killed over 102,000, based on data from Johns Hopkins University. However, this CDC report marks the first comprehensive look at the pandemic’s origins in the United States, NBC News reported.

“As America begins to reopen, looking back at how COVID-19 made its way to the United States will contribute to a better understanding to prepare for the future,” Dr. Robert Redfield, director of the CDC, said Friday during a call with reporters, per NBC News.

This marked the first CDC briefing since March 9, but CNN has since reported that the group plans to return to a regular cadence of briefings as states reopen and the country moves to another phase in its coronavirus response.

In this April 22, 2020, file photo President Donald Trump passes Dr. Robert Redfield, director of the Centers for Disease Control and Prevention, during a briefing about the coronavirus in the James Brady Press Briefing Room of the White House in Washington.

The nation’s first COVID-19 case was identified on January 21. The patient had traveled from Wuhan, China — where the disease was originated late last year — to Seattle, Washington, on Jan. 15.

On January 31, Trump issued an executive order, effective February 2, restricting travel from China to the US.

On February 26, California officials announced the first case of community spread in a woman who hadn’t traveled internationally or come in contact with others who had been exposed to the virus.

And that’s around the time when the virus began to make its way from Europe into the US, Redfield said, adding, “The findings do show that in late February, early March, there were several importations of the virus from Europe to California and northeastern United States and possibly elsewhere.”

Dr. Jay Butler, deputy director for infectious diseases at the CDC, said that it doesn’t appear that the virus had reached the US as far back as November or December.

“We looked for evidence of early widespread transmission and could not confirm it,” he said during the media briefing, NBC News reported.

Meanwhile, Redfield said that the delayed rollout of coronavirus testing — caused by contamination in a CDC laboratory complex — didn’t impact the US coronavirus response because the virus was circulating at low levels at the start of the outbreak, NPR reported. So diagnostic tests would’ve made little difference.

“It really would be like looking for a needle in a haystack,” he said.

New Yorkers worry one other coronavirus outbreak headed to NYC