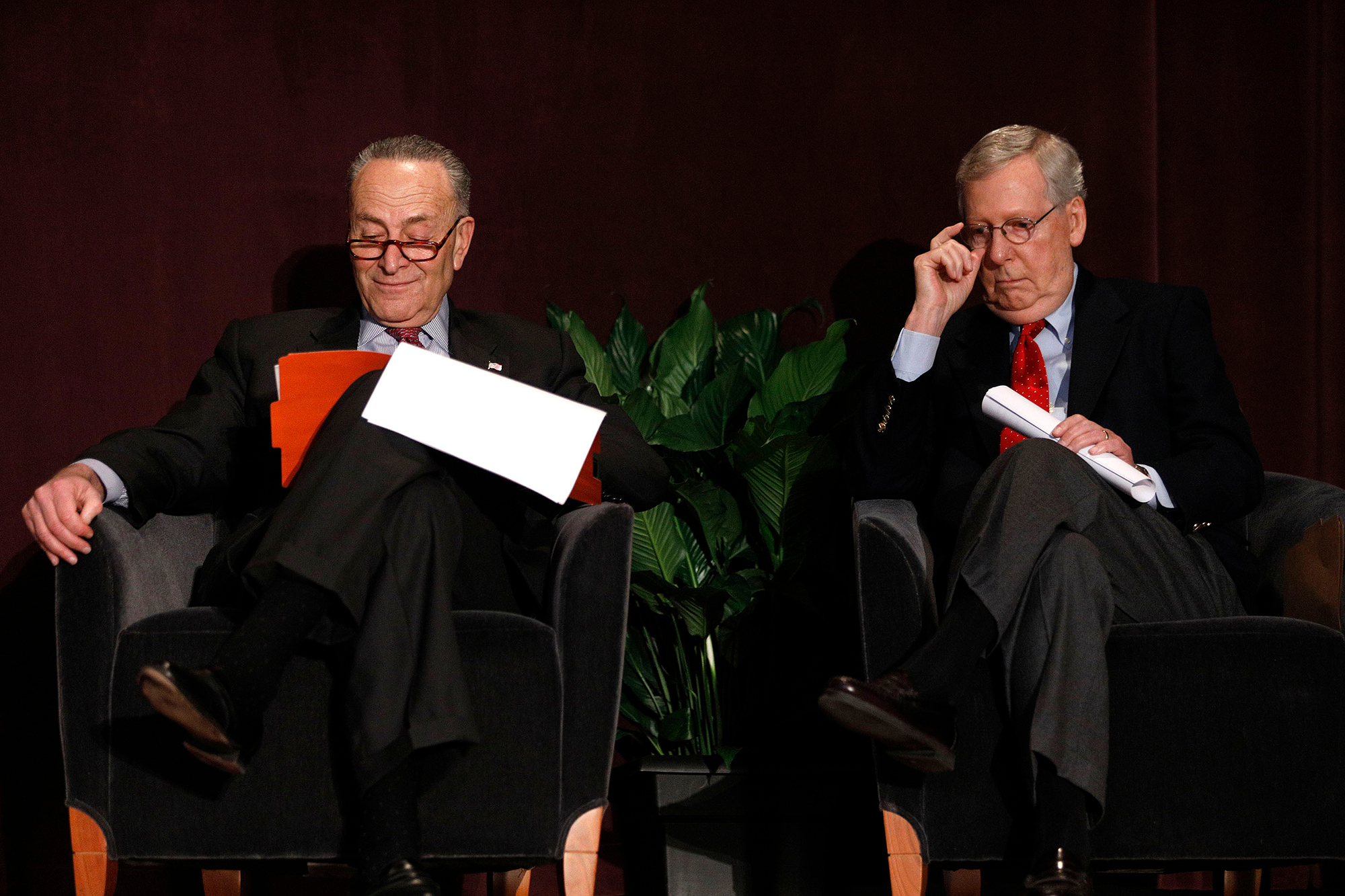 Talks on another coronavirus relief bill are sputtering on Capitol Hill, with party leaders reporting little progress on a deal that would pump more stimulus money to most Americans.

McConnell said Democratic leaders negotiating with White House representatives “permitted a few millimeters of progress, but a deal is still far off, leaving millions of Americans in the lurch.”

New York Sen. Chuck Schumer, the Democratic minority leader, countered in a Senate floor speech that his side was digging in because Republicans won’t spend enough money on the COVID-19 pandemic.

“We’re going to keep slogging through step by step, inch by inch, until we achieve the caliber, the extent, the depth and breadth of legislation that the American people need,” Schumer said.

Schumer confirmed “we remain far apart on a large number of issues.”

Republicans unveiled a $1 trillion coronavirus relief package last week that would give $1,200 stimulus checks to most people, shield companies from virus liability except in cases of gross negligence and misconduct, reduce a federal unemployment supplement to 70 percent of pre-pandemic pay and give schools $105 billion to reopen.

Schumer said the GOP plan was the “legislative equivalent of a dumpster fire,” and noted conservatives remain divided on details, with many Republican senators uneasy about or outright opposed to the size of the plan.

Democrats also support more stimulus checks and both sides agree they want to continue a recently lapsed moratorium on evictions.

The Democrats, who hold the House of Representatives, largely oppose the GOP liability protection plan and want to continue an expired $600 weekly supplement for unemployed people.

Democrats passed a rival $3 trillion package in the House in May that included almost $1 trillion for state and local governments. Republicans led by President Trump oppose state and local bailouts. The Democratic package also would lower federal taxes for wealthy people in areas with higher state and local taxes, such as New York City.

House Speaker Nancy Pelosi (D-Calif.) on Tuesday called on Republicans to give in and pass the Democrats’ legislation. Asked by CNN if there’s a price tag that she would agree to, Pelosi said, “Yeah, $3.4 trillion… At some point you just have to freeze the design.”