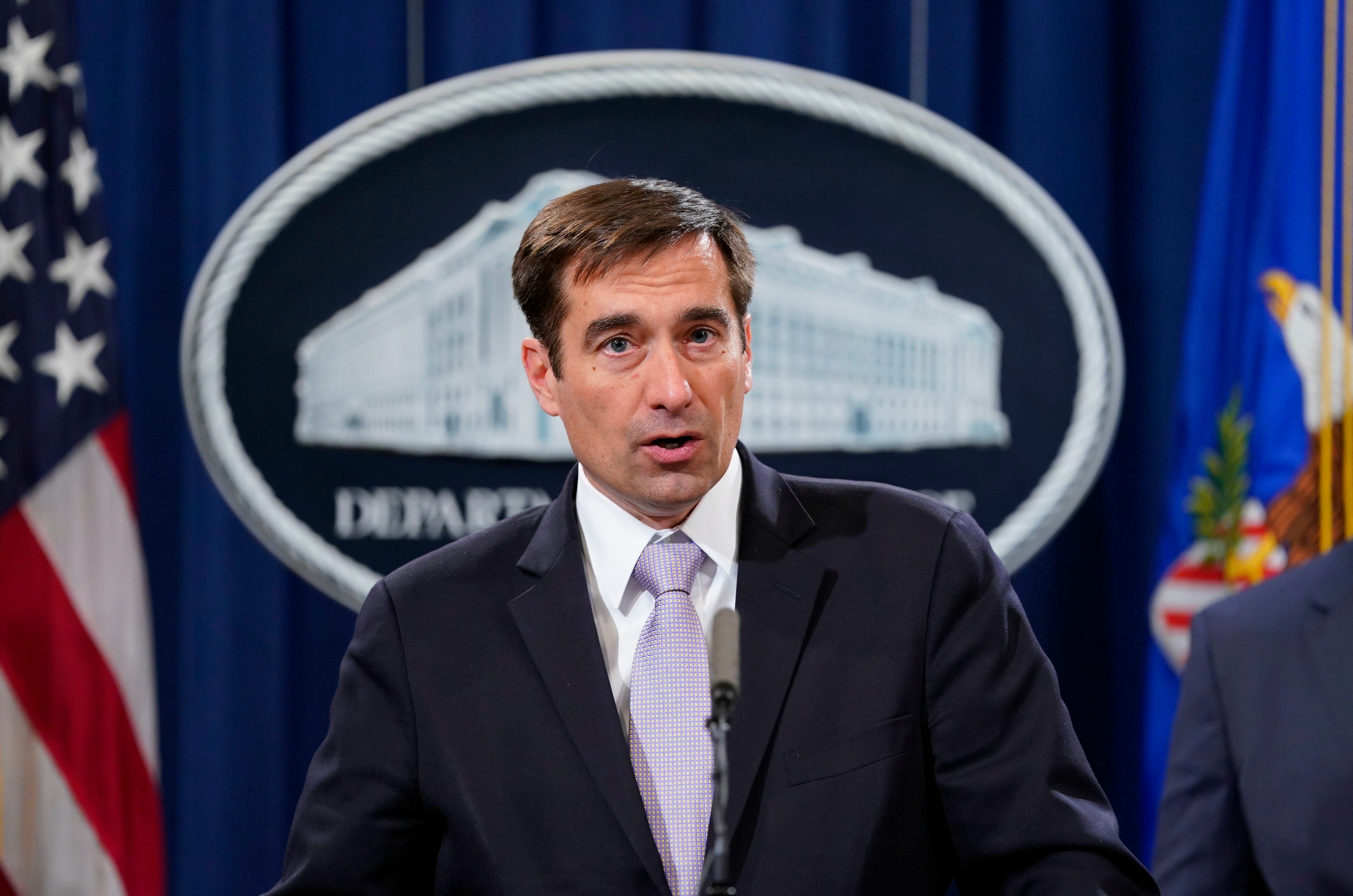 Two Chinese hackers have been accused of stealing trade secrets from hundreds of global targets and, more recently, probing for vulnerabilities in U.S. companies involved in the development of testing, treatments and vaccines to combat the deadly coronavirus.

Assistant Attorney General John Demers, chief of the Justice Department’s National Security Division, said that while the suspects’ activities resulted in hundreds of millions of dollars in losses, there is no evidence to indicate that they had actually obtained virus-related research or slowed the operations of the targeted firms.

Yet as recently as May, federal prosecutors said the hackers had been surveying a California company dealing in coronavirus test kits.

The 11-count indictment charges Ll Xiaoyu, 34, and Dong Jiazhi, 33, in a far-reaching computer intrusion campaign that spanned more than 10 years, leaving a trail of victims in nearly a dozen countries.

The accused hackers, both Chinese citizens, worked for their own benefit and at the direction of Chinese intelligence services, said Demers and FBI Deputy Director David Bowdich. The relationship between criminal hackers and the Chinese government has become increasingly common as China has continued to seek a global economic advantage across industries, the officials said.

Demers said the government has provided a “safe haven” for those who are willing to provide assistance to Chinese authorities.

“In this manner, China has now taken its place, alongside Russia, Iran, and North Korea, in that shameful club of nations that provide a safe haven for cyber criminals in exchange for those criminals being ‘on call’ to work for the benefit of the state,” the Justice Department said in a written statement.

Federal authorities said the suspects, who remain in China and out of U.S. reach, were continuing their activities even as the charges were being disclosed.

“We are bringing these charges to put Chinese authorities on notice,” Bowdich said.

The Justice action comes as the Trump administration has been hammering Beijing as a chief adversary in escalating cyber and trade wars. President Donald Trump also has repeatedly blamed China for not being forthcoming as the country responded to the coronavirus outbreak.

Attorney General William Barr offered a searing assessment last week, denouncing China as “stealing the future” from the next generation of Americans.

During an address in Michigan, he claimed that Beijing was “engaged in an economic blitzkrieg.”

“For American companies in the global marketplace, free and fair competition with China has long been a fantasy,” he said.

Centenarians Who Beat Covid-19 Regardless of All Odds