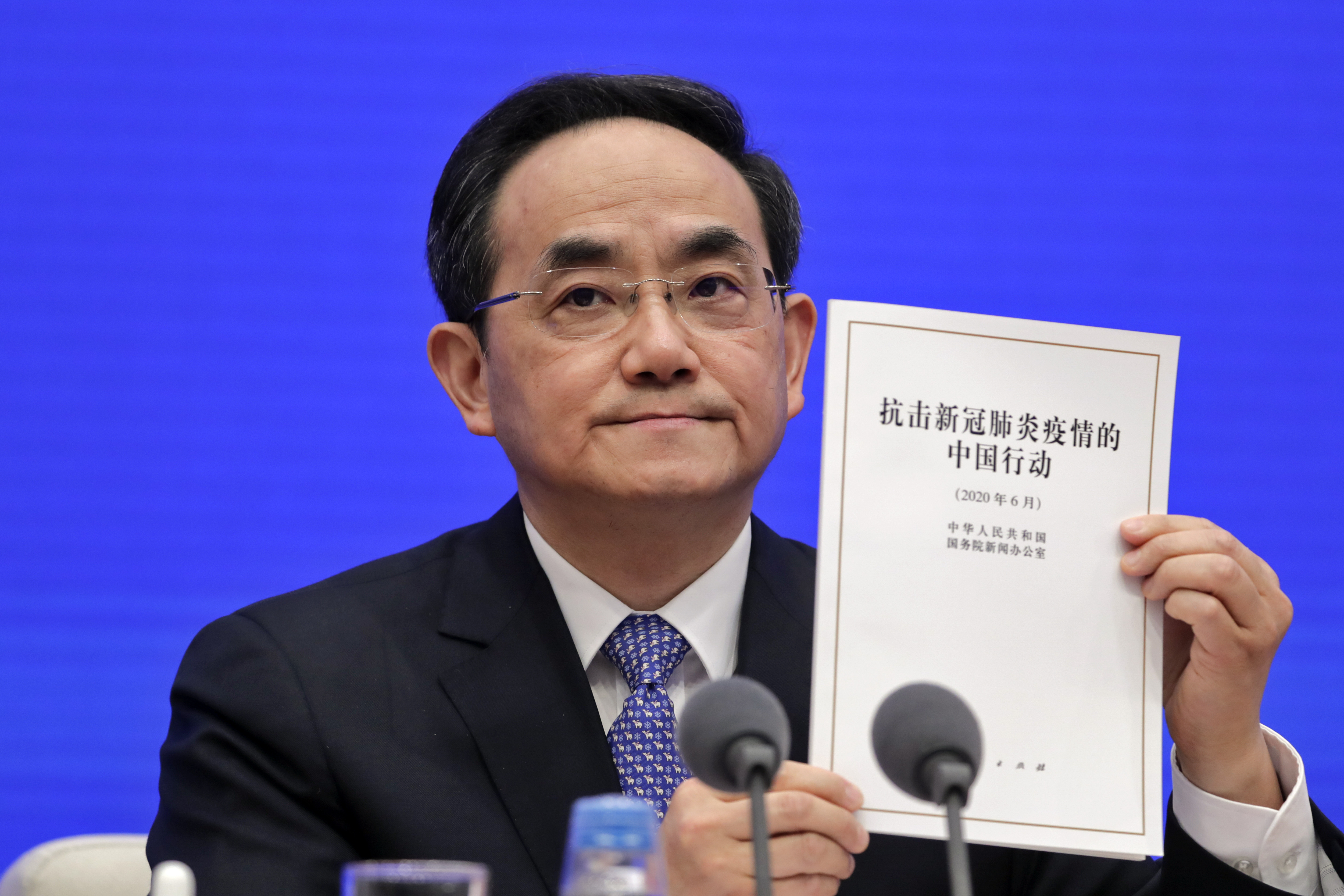 BEIJING (AP) — Senior Chinese officials released a lengthy report Sunday on the nation’s response to the coronavirus pandemic, defending their government’s actions and saying that China had provided information in a timely and transparent manner.

China “wasted no time” in sharing information such as the genome sequence for the new virus with the World Health Organization as well as relevant countries and regional organizations, according to the report.

An Associated Press investigation found that government labs sat on releasing the genetic map of the virus for more than a week in January, delaying its identification in a third country and the sharing of information needed to develop tests, drugs and a vaccine.

National Health Commission Chairman Ma Xiaowei did not address the specific findings in the AP report, but said it “seriously goes against the facts.” He added that there were many unknowns in the early stage of the outbreak and that it took time to gather evidence and figure out the characteristics of the new virus.

“The Chinese government did not delay or cover up anything,” he said. “Instead, we have immediately reported virus data and relevant information about the epidemic to the international community and made an important contribution to the prevention and control of the epidemic around the world.”

He ticked off a series of government actions from a detailed timeline in the government report. The timeline says that China began updating the WHO on a regular basis on Jan. 3 and that the head of China’s Center for Disease Control and Prevention briefed the head of the U.S. CDC on Jan. 4.

U.S. officials have been critical of China’s early response, adding to a deterioration of U.S.-China relations over trade and technology and pro-democracy protests in Hong Kong.

Asked how China would repair its relations with the rest of the world, Vice Foreign Minister Ma Zhaoxu said that cooperation over the pandemic had improved ties with most other countries.

Without naming the U.S., he said: “Certain countries go against the tide of history. To disguise their inadequate response to COVID-19, they insanely smeared and slandered China … . In response to such scapegoating practice, China will certainly fight back.”

The report, which ran 66 pages in the English version, lauded China’s success in reducing the daily increase in new cases to single digits within about two months and the “decisive victory … in the battle to defend Hubei Province and its capital city of Wuhan” in about three months.

Wuhan, where the first cases of the virus were detected late last year, was the hardest-hit part of China in the outbreak. The city and soon after much of Hubei province were locked down for 2 to 2 1/2 months to stop the spread of the virus to the rest of the country.

The report credited Chinese leader Xi Jinping with making the Jan. 22 decision to cut Wuhan off by cutting transportation links and banning people from leaving or entering the city.

UK officers say individuals who get the contagious coronavirus variant could have the next threat of dying. This is why that may very well be.