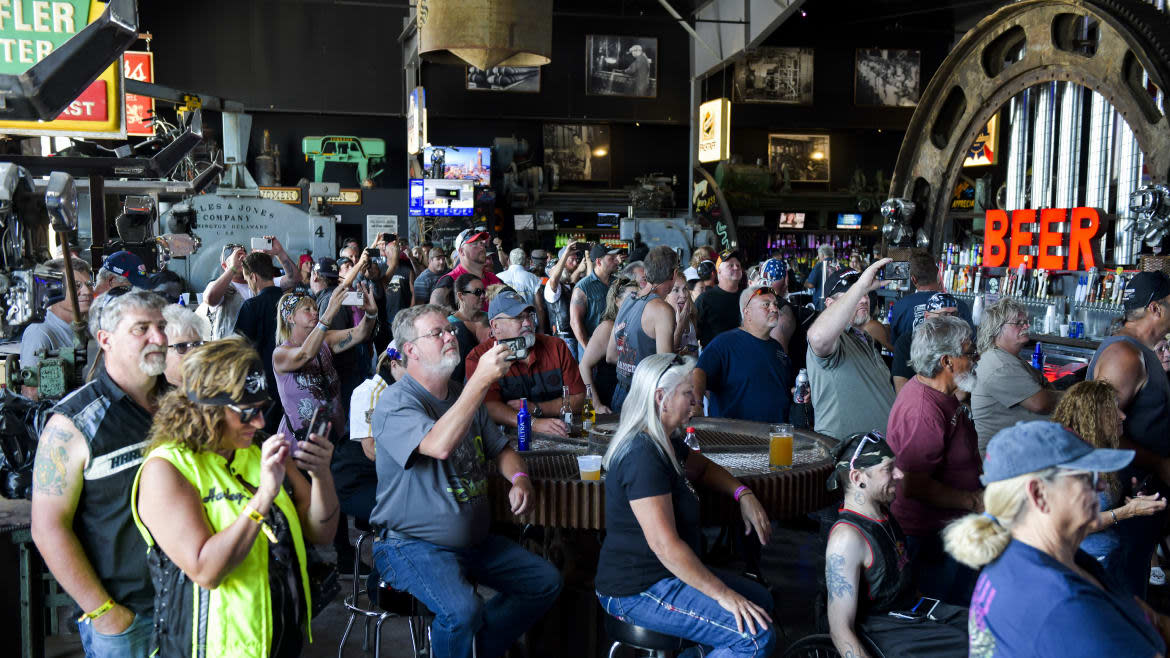 Scientists have used genomic testing to show how COVID-19 spread from a notorious weeklong motorcycle rally in Sturgis, South Dakota, over the summer to dozens of Minnesota residents who didn’t even attend.

The question of how much virus was spread by the August event has been the subject of controversy, with one group of economists using cellphone data estimating 266,000 cases could be linked to the rally and others calling that fiction.

But a new study released Friday by the Centers for Disease Control and Prevention (CDC) employed genomic sequencing in virus samples to find similarities among patients and prove the cases were linked.

The results: It identified 51 Minnesotans who got coronavirus from attending the rally—and 35 more residents of that state who contracted it from the original group or from a secondary patient. Four were hospitalized and one died.

The researchers said one-third of Minnesota’s counties had a case that could be traced back to Sturgis. Minnesota, like much of the Upper Midwest, is now facing a ferocious outbreak. Democratic Gov. Tim Walz this week ordered a month-long shutdown of bars, restaurants, and other public venues in hopes of curbing infections there.

“These findings highlight the far-reaching effects that gatherings in one area might have on another area,” the researchers wrote. “The motorcycle rally was held in a neighboring state that did not have policies regarding event size and mask use, underscoring the implications of policies within and across jurisdictions.”

That’s a long-winded way of saying that a state like South Dakota, which has thumbed its nose at precautions like mask requirements, can still mess up other states trying to do the right thing.

The researchers also noted that the 86 cases represent only those that are confirmed and that the actual number is likely higher, because some of the people exposed to rally-goers refused to talk to contact-tracers or provide samples.

It was also limited to Minnesota. But the estimated 365,000 people who attended the rally—most eschewing masks and many crowding into bars with no regard for social distancing—came from all over the U.S. and presumably would have carried the virus back to their home states with similar effects.